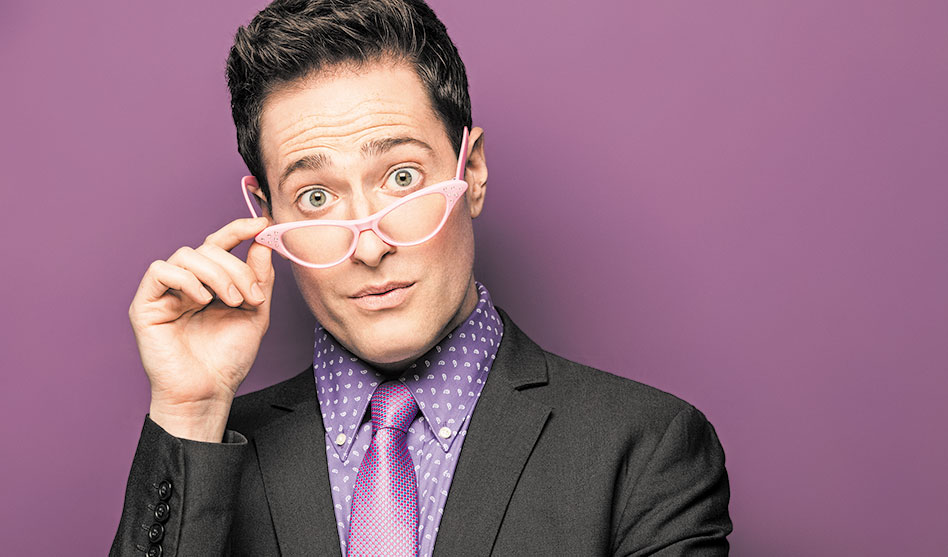 Randy Rainbow became a star with his musical videos sending up Trump and his minions. And when the COVID-19 pandemic shut everything down, Rainbow’s hilarious work kept people entertained since he was, thankfully, able to keep turning out new work from home.

Still, he says, the isolation of quarantine was a hard burden, and he is happy to finally start getting back out into the world — including a live virtual concert tonight (Friday, April 23) presented by Dallas Democrats..

Amid the hustle and bustle of planning new tour dates while also writing a book and recording a new album, Rainbow took the time this week to answer a few questions for Dallas Voice.

Dallas Voice: 2020 was a really hard year for everybody, especially performers and entertainers, many of whose livelihoods ended up in dire straights when everything shut down. What was the hardest part of 2020 for you? And what was it that kept you going? Randy Rainbow: The hardest part was the isolation, just like everyone else. I’m really fortunate that I was able to keep busy and keep creating. That really kept me going!

At the same time, 2020 provided some amazing materials for comedians, especially a satirist of your skill. What was your favorite story from 2020, and which of your videos from the last year do you think was the best? My favorite story of 2020 was Trump losing the election. And my videos are like my children. How dare you ask me to pick a favorite! 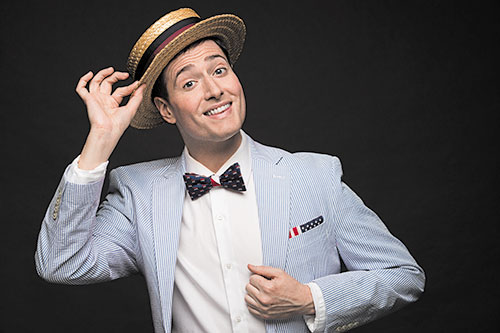 Despite being such an absolute buffoon, Donald Trump and his MAGA cult followers were a real danger to our country, as we saw on Jan. 6. Do you think that your videos showing how ridiculous he really is played a role in turning more people against him and getting him voted out last November? My intention is never to make a political statement, believe it or not, but satire does have a way of exposing the ugly truth. So to answer your question, yes, I 100 percent take full credit for the removal of former President Donald Jessica Trump.

Other than Trump himself, who do you think was the most outrageous character from his four years in office? Who gave you the most material to work with? We got so many outrageous characters out of that administration, but you know my girl is Kellyanne Conway.  She gave me so much material. I really owe her lunch!

With Trump gone from the White House, who — or what — do you think is going to be your biggest source for material now? I mean, there are so many to choose from …. how do you narrow it down? We still have quite the cast of characters lingering around.  There remains an abundance of material, and it’s hard to pick and impossible to predict! I just try to follow the bouncing ball of what everyone’s most heated about or amused by.

I would think that it would be easy, especially in politics where everything is over the top anyway, to go too far. How do you determine where the line is between what is funny and what is going too far? What would you consider to be off limits? I’m a comedian, and these are jokes. My goal is to lighten and entertain, never to hurt or offend. I used to say nothing was off limits, but in these times, as our collective sensitivities are changing so rapidly, it is becoming a little trickier to toe the line. I wish it were different, because I tend to believe that the less taboos there are in comedy, the better things are going in reality.

What’s next for you? When do you expect to get back on the road and start doing live shows again? And how do you see yourself expanding or changing your career? We are planning tour dates right now, and I can’t wait to get back on the road with a brand new show. I’m also currently writing a book and working on a new album. I have so much more to tell you, but unfortunately, I can’t right now. Stay tuned!
And now, for the important question: How is Tippi [the cat]? And when will she begin posting her own Tippi Rainbow videos? Tippi is growing beautifully and is currently an Instagram model. You can all follow her @TippiRainbow.  Regarding videos, she prefers cameos.

What did I not ask about that you want to mention? Dallas Voice was my first cover ever in 2010!  Thanks for all the love through the years!