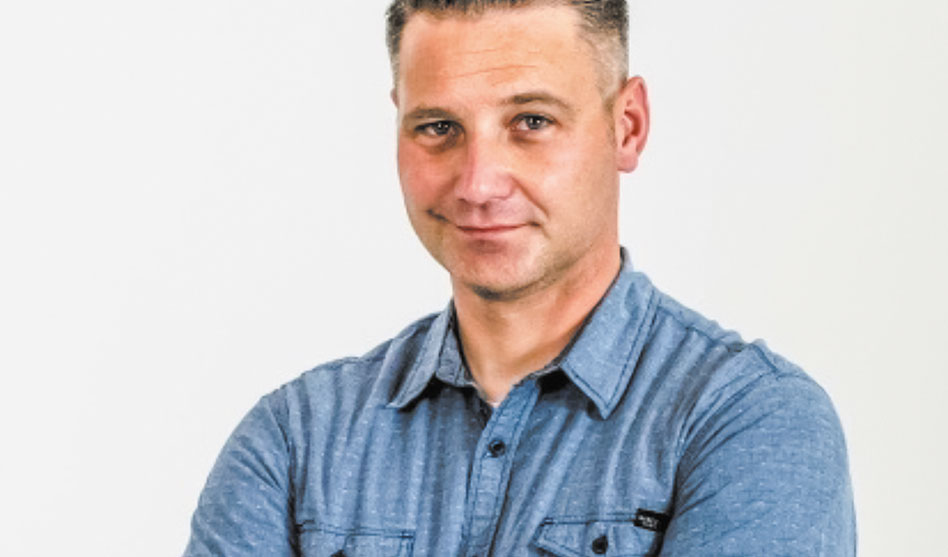 A decade after DADT, Army vet Noah Siple reflects on how social change happens in the military

Since the Revolutionary War, engaging in homosexual activity has been grounds for discharge from the American military even though there may not have been specific policies. As the United States entered WWII, the military added homosexuality as a disqualifying trait to its screening induction process.

Before WWII, gay service members were dishonorably discharged, court-marshaled and jailed. But due to the difficulty of convening court-martial boards during the war, blue discharges became the standard.

In 1944, Regulation 615-360, Section 8 was put in place, and gay service members were committed to military hospitals where psychiatrists examined them before being discharged. Blue discharges ended in 1947 when two new classifications were created: “general” and “undesirable.” A military member who was found to be gay but who had not committed any sexual acts while in service would usually receive an undesirable discharge. Those found guilty of engaging in sexual conduct were usually dishonorably discharged.

Even though the 1957 U.S. Navy study known as the Crittenden Report dismissed the idea that homosexuals constitute a security risk, that did not end to anti-gay discrimination. Instead, officials declared, “The service should not move ahead of civilian society nor attempt to set substantially different standards in attitude or action with respect to homosexual offenders.”

It would be almost another decade before the situation would begin to change. As a result of the LGBTQ rights movement and greater visibility, more service members began to challenge the discriminatory policies.

Despite his campaign promises to eliminate the ban on gays serving openly in the military, President Bill Clinton agreed to the “Don’t ask, don’t tell” compromise, issued under Department of Defense Directive 1304.26 on Dec. 21, 1993. DADT, which remained in effect from Feb. 28, 1994, through Sept. 20, 2011, prohibited military personnel from discriminating against or harassing closeted homosexual or bisexual service members or applicants while barring openly gay, lesbian and bisexual persons from military service.

Still, the fight continued. On Dec. 22, 2010, President Obama signed the repeal of DADT into law, marking the first time in history that LGBTQ individuals could openly serve in the armed forces without fear of prosecution or dishonorable discharge. While President Obama supported open service by LGBTQ people, Donald Trump, during his four years in the White House, once again prohibited service by transgender men and women.

In April 2019, at the direction of Trump, the administration required the Pentagon to implement a controversial new policy that stated anyone with gender dysphoria, who was taking hormones or had already undergone a gender transition would not be allowed to enlist. The policy also said that anyone currently serving who has been diagnosed with gender dysphoria after the implementation date would have to serve in their sex as assigned at birth and would be barred from taking hormones or getting gender-affirming surgery.

But since taking office last January, President Joe Biden has once again removed those barriers to service.

Noah Siple, an Iraq War veteran and full-time member of the Army National Guard, sat down to talk with Dallas Voice about his thoughts on LGBTQ people serving, DADT and how social change occurs in the military.

Dallas Voice: What are your thoughts about LGBTQ people serving? Noah Siple: From my perspective, LGBTQ individuals want to serve as everyone else, and it is wonderful that they can openly be themselves and still satisfy their desire to serve their country. It’s been a long road. Sometimes, the military is kind of a control group; it tests social issues inside the military.

We have gone from zero tolerance of LGBTQ people in the military to Don’t ask, don’t tell, then open service. I was celebrating the repeal of Don’t Ask Don’t Tell the other day, and I wrote a little article on LinkedIn to say I remember when that happened.

I was a company commander in Iraq, and of all the things I was dealing with there, that was super important. We had to have some deliberate discussions about that. There were a lot of biases, and [we talked about] the way people’s thinking needed to shift around that. So those things were important.

That is an excellent point, that it is often kind of this control group. Do you think that the military moves slowly? From a cultural change standpoint, the [military] environment is so unique. I don’t know if it’s necessarily slow to adapt. But it’s such a big machine, so those changes have their challenges. We’re talking about social issues, whether it be LGBTQ individuals being able to serve their country or social issues, like the Black Lives Matter movement and all of that social and political unrest.

While the military is not known to be a trailblazer on the cultural change front, it certainly does and has changed as societal norms have changed. How have you seen that in the time you have spent serving? I grew up when the one theme in the military was that there’s only one color in the army, green. Well, that was really coding for white.

I never heard any of my Black friends say there’s only one color in the army. That was the contrast I made for the soldiers I had who struggled to adapt 10 years ago. With racial integration, there were officers in the room who said, “You know, Blacks will serve in our units, and we need to make space for that.” And soldiers needed to accept that that’s the way the cultural norms are dictated in the military. Now they may have a problem with it.

But if they want to maintain their service, then they need to adjust.

In the article you wrote for LinkedIn, “Repealing DADT in an Army at War,” you draw comparisons to when the armed forces were finally integrated. Can you touch on that? The same kind of message came with the repeal of Don’t Ask, Don’t Tell and LGBTQ service members serving openly. For my friends that are gay and serving in the military, this is a beautiful thing because they can be their authentic selves, and we can celebrate their service.

What about all those who were essentially kicked out of the military who lost careers or more? So many were discharged because of what was a terrible policy; something needs to be done. I don’t know that reparation is the right word to use, but I am happy to see that our politicians are looking at that and trying to repair the damage that those discharges did to those people’s lives.

How does that impact servicemembers doing their job? Or, is it one of those things where it’s kind of far removed in a sense? I think that servicemembers and veterans are just a cross-section of America, like we don’t have a warrior caste system where we’re birthing Spartans [and] they go live on an island, and then they serve in the military. We all grew up in either rural America, inner cities or suburbia, so our characteristics and ethics are all products of those situations that we grew up in.

The way we were nurtured shapes us and then we’re put into this melting pot. But there are some institutionalized schools of thought that I would say in the past 10 years and then even in this past year that are breaking apart due to great disruptors, positive disruptors.