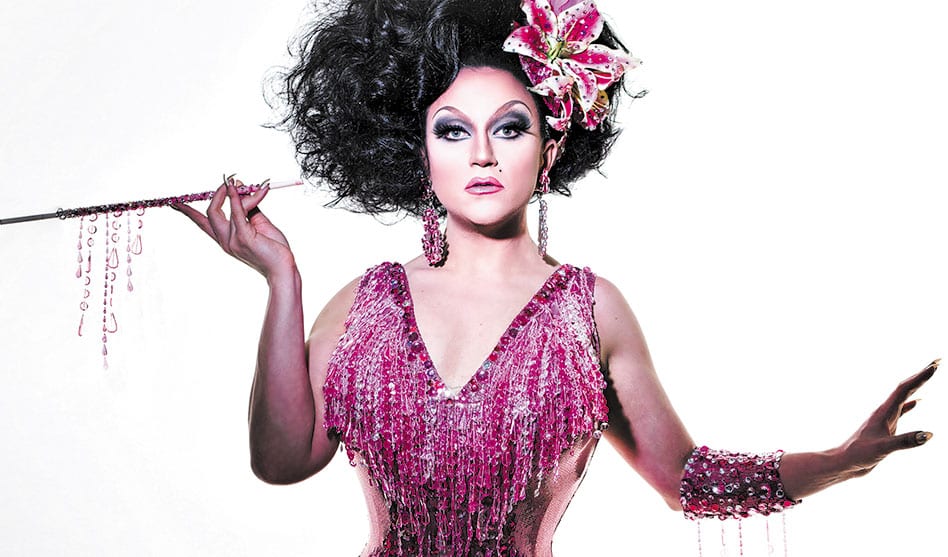 The terminally delightful Drag Racer will now roast the haters

When BenDeLaCreme steps into his hotel to take a phone call, he has just finished a show in one city, is on the way to another city, and admits he is not sure where he is. But the old-school tour-bus style of transport beats the alternative.

“It’s pretty fun — a bunch of queens rolling around together,” he says. “It beats running from airport to airport.”

That’s the signature glass-half-full approach to life that has defined BenDeLaCreme (the drag persona of Benjamin Putnam) since he first shot to attention on Season 6 of RuPaul’s Drag Race (he was eliminated on the penultimate episode; Bianca Del Rio won that season). And so it calls into question why the rose-colored performer would sign on to the tour of Hater’s Roast: The Shady Tour, in which a rotating lineup of Drag Race alums (among them Willam, Latrice Royale and Thorgy Thor) throw shade at each other. Is that a good fit for BenDeLa?

“Well, ya know, the kindness is how they don’t see it coming,” he purrs. “It’s definitely true that it’s not exactly on-brand for BenDeLa, but some people may remember from All Stars that I’m pretty good at reading people. If you’re sweet and innocent, you can get away with a lot more.”

All Stars, of course, refers to Season 3 of Drag Race All Stars, in which BenDeLa — who set a record by winning five challenges on what seemed to be an inevitable march to the title — shocked everyone by stepping away from the competition. And the reason why actually illuminates how BenDeLaCreme may have a more critical eye that would seem.

“Quitting is a specific term I have never used [to describe my departure],” he explains. “I was not giving up on something but had accomplished something. I always had a problem with the way the elimination system worked [on the show]. I don’t feel it’s fair or useful or particularly kind to the girls. It was a situation where I had done all these things and had this opportunity, and I proved I can win this competition, but I don’t agree to the terms of the competition. Everyone knew I was the frontrunner, so to stay wouldn’t have given me anything more than I already had. It would just have put me in the position of having altercations with girls whom I had nothing against. I love drag; I love being good at performance; I love watching other people’s drag performances… that was enough.” 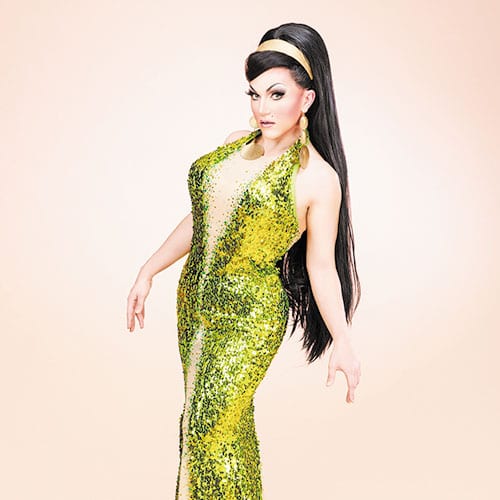 There was fan blowback for BenDeLa’s decision, but interestingly, not from the producers of the show.

“It all happened in real time,” he says. “They saw it was  good television. What’s interesting to me is what the priorities of reality TV are, and what our priorities are as viewers. People love the show but whenever people are confused by [my departure], I [see it as] people having more reverence for the structure of the show then the people on it. I ask, ‘Don’t you want to support us, to do the right thing for us? Or do you value the theoretical crown over the person?’”

These thoughts undergird BenDeLa’s deep affection for drag — a passion that dates back to “my age in the single digits, when I was playing with makeup and shoes. I shoplifted women’s clothes in high school — I knew, this is what I wanted to do, but I didn’t know what to do with it — I didn’t know there was a box it fit into.”

At the same time, Putnam was doing theater and writing and telling stories by putting on plays for friends, but it was all mixed together: “I never wanted to [act or perform] separate from drag,” he says.” I really like the angle that drag gives all that. There’s something in the medium of camp that really lets you do more.”

And more is what he’s doing now. In addition to the tour and his drag gigs, BenDeLaCreme has also written three solo shows which he has performed in New York City and elsewhere… all in the person of BenDeLa.

“My first one was called Terminally Delightful, and it was autobiographical and played on the idea that BenDeLaCreme is trying to weave a narrative about herself but is actually the creation of someone much different. She has to integrate the truth that she shares these memories with Ben Putnam, who has a darker path.”

BenDeLa’s fourth show, which is currently in the writing process, will open in NYC in June before moving to Provincetown. It was inspired by the fact Putnam became engaged this year, and wanted to “make a show exploring the ideas of marriage and how we think about it and the stories we tell each other about relationships,” he explains. “It will have puppets and videos and dick jokes.”