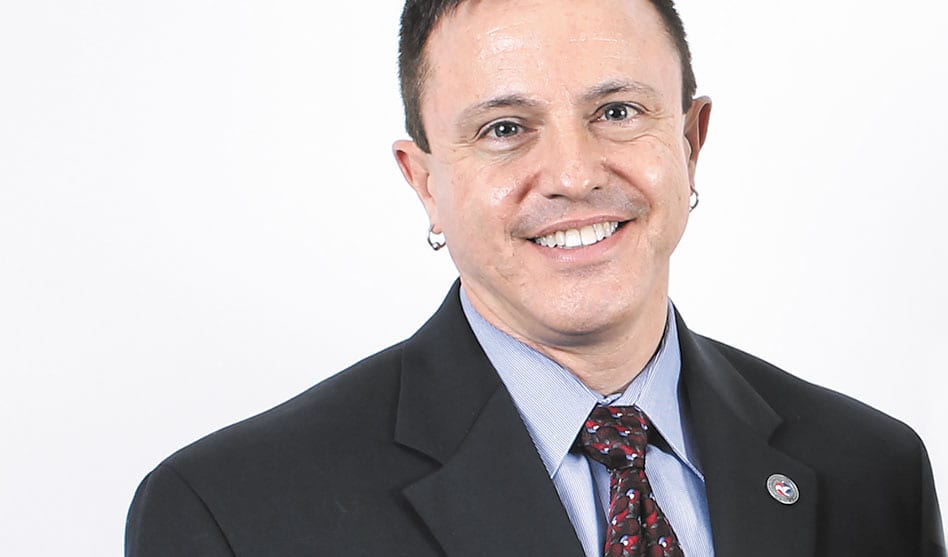 The four LGBT chambers of commerce in Texas have joined forces to form the Texas LGBT Chambers of Commerce. Their first joint event was to travel to the Texas Capitol on Wednesday, Feb. 20, to advocate for LGBT-positive legislation and against discriminatory bills that would be bad for business. About 30 representatives from the different chambers and their member companies attended.

“We’re making history for LGBT and ally business owners who will have a voice in Austin for the first time,” Tammi Wallace, board chair of the Greater Houston LGBT Chamber of Commerce, said of the coalition’s advocacy efforts.

The four chambers came together to form the new coalition in an effort to advocate more effectively for LGBT and ally businesses, said Tony Vedda, CEO of the North Texas GLBT Chamber of Commerce. Vedda added that the chambers have been very involved in legislative work, especially during the last session when the Legislature threatened to disrupt business in the state with bathroom bills.

Their participation was primarily through the Keep Texas Open for Business coalition.

In discussion with the other chambers since the 2017 Legislative Session, Vedda said he suggested, “We should probably be doing something more than this.”

Last session, he said, most of the work happened in reaction to bad legislation. This session the chambers hope to help get some pro-equality bills passed.

To begin, Vedda said, he helped get the new Houston chamber going. According to Wallace, her organization had been dormant for about 15 years, and companies were asking where the Houston Chamber was since there were LGBT chambers in North Texas, Austin and San Antonio.

Because the legislative session was rapidly approaching, writing a legislative agenda was the coalition’s first order of business. And business is its top priority.

The LGBT Chambers are supporting legislation that is good for business and good for LGBT businesses and employees, Vedda said. For example under the “economic development” agenda, the chambers support “increasing funding to market Texas as a preferred tourism destination outside the state.”

But the coalition opposes “any legislation that would be discriminatory or otherwise damage Texas’ reputation as ‘business-friendly’ or negatively impact tourism.” That includes bathroom bills and so-called “religious freedom” bills that allow businesses to turn away LGBT people.

Under its healthcare agenda, the coalition supports Medicaid expansion to reduce the number of uninsured Texans and increase funding for HIV services. Its public safety platform calls for a plan to reduce the probability of deadly assaults in Texas schools and opposes arming teachers and administrators in schools.

Vedda noted the coalition represents more than 1,000 businesses that are members of the various chambers. Those companies employ hundreds of thousands of people.

Through the coalition, LGBT businesses and allies that are members of these chambers will “speak with one voice” on these issues. Last session, high-level officials from North Texas GLBT Chamber members American Airlines and Southwest Airlines, Greater Houston LGBT Chamber members United Airlines and Dow and Austin chamber member Dell all testified in opposition to bathroom bills.
Beyond the legislative session, Vedda said there are a number of ways the chambers may continue working together. One way they can collaborate, he added, is in coming up with ways to cross-promote each other.

Wallace said forming the coalition opens businesses across Texas up to becoming LGBT-certified. Also, reciprocal pricing of events for members of any of the chambers becomes easier to facilitate, she said, adding that she’d like to expand the North Texas chamber’s business equality summit to more businesses across the state.

When a company is looking for a gay-friendly community to move into or open a new business in, Texas doesn’t normally rise to the top of the list, Vedda acknowledged. But, he said, the coalition of chambers can steer companies to the right city that will provide protections for all of its residents.