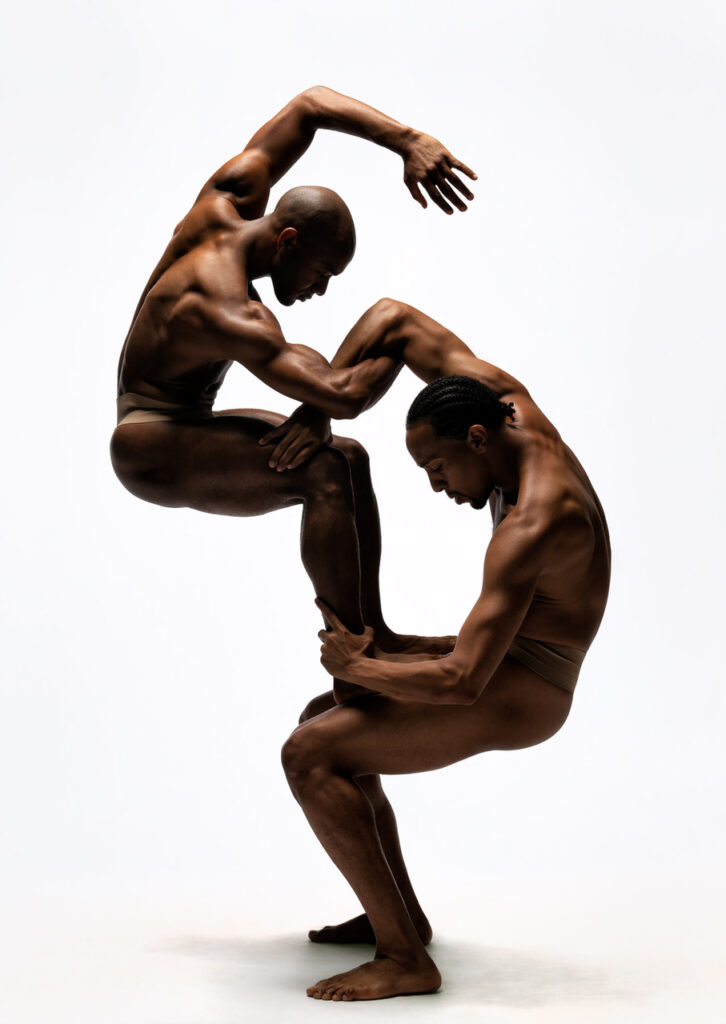 The exhibition is a result of Barker’s work over the last year where he directed his lens toward professisional company members to shine a light “on the deep level of talent that resides here.”

Although a career photographer, Barker said he studied dance as a child for 15 years until he was 21 at a high level which gives him a niche insight to his subjects.

“It was the first real passion of my youth…and returning to it now, as a mature artist, is such a rewarding completion of life’s circle,” Barker said in the show’s announcement by the gallery. “My love and understanding of the art form is now combined with a technical knowledge and refined vision acquired from a 40-plus year career in photography. The result is imagery that transcends, elevates and inspires.”

The exhibition runs through Jan. 16. Prints of the displayed pieces will be available in limited editions.

Review: Uptown Players new season is up and running in Heels 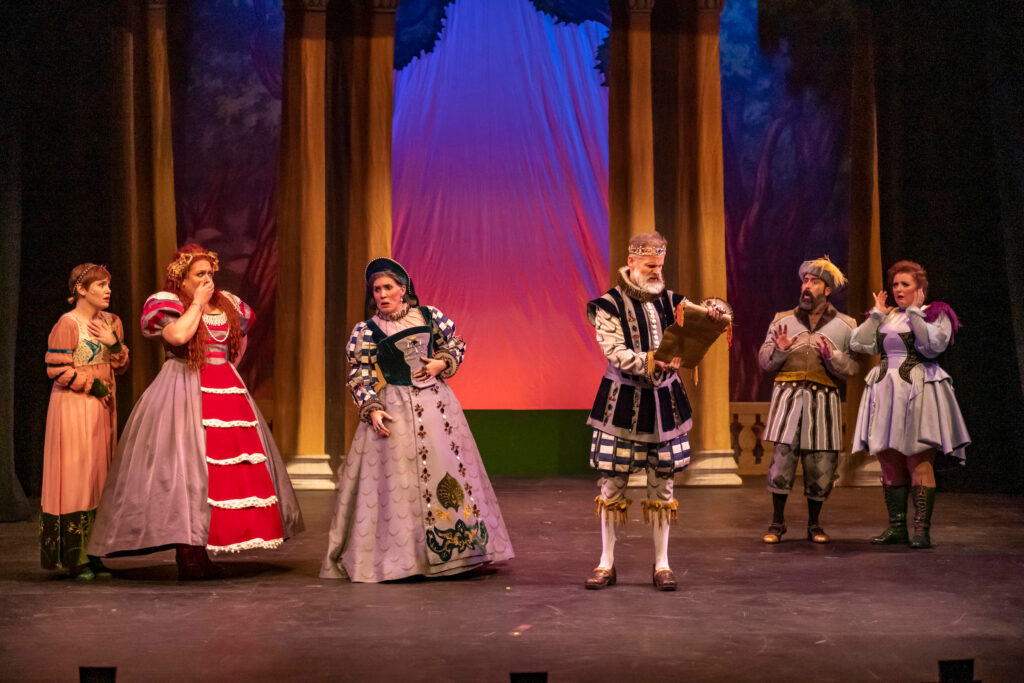 The cast of ‘Head Over Heels’ at Uptown Players. (Courtesy photo)

On paper, Elizabethan era theater fused with ‘80s girl group pop sounds like a confusing mix. Based on The Arcadia, a 16th century prose by Sir Philip Sidney, the story by Jeff Whitty and then adapted by James Magruder felt as if they were writing around the music, but with The Go-Go’s and Belinda Carlisle’s infectious tunes, the musical was delightful, hilarious and poignant. Head Over Heels opened up Uptown Players’ new season with a bang – or is it a “Beat?”

The story centers on the people of Arcadia led by King Basilius (Tim Brawner) learns that his sovereign is endanger of losing its beat (“We Got the Beat”) as predicted by the nonbinary oracle Pythio (Lee Walter). In response, Basilious leads his family along with his subjects to the land of Bohemia to save them from Arcadia’s fate. Queen Gynecia (Caroline Rivera) and their daughters Pamela (Laura Lites) and Philoclea (Kylie Stewart) follow only to fall into a slew of hijinks that help them all discover who they truly are.

The daughters are the story’s central figures and the contrast between Lites and Stewart made for a perfect dynamic. Pamela is more vain and fancy (“Beautiful”) and Lites played up that diva aspect with fabulous delight. Stewart played a more down-to-earth daughter but gave an endearing performance as her character both is eclipsed by her older sister and is also in love with the shepherd Musidorus (Seth Paden).

Brett Warner played Pamela’s handmaid Mopsa who kept Pamela grounded but dealt with her own issues as well as her father Dametas (Brian Hathaway), the king’s viceroy. Warner and Lites had charming chemistry and despite a lack of age difference, Warner and Hathaway had lovely exchange as father and daughter.

Paden’s debut performance with Uptown was outstanding as his role called for heavy lifting on comedic timing,  physicality and rom-com leading man vibes as well as dancing and singing. In short, he nailed it.

Rivera and Brawner were probably the most perfectly cast married couple feeding off each other as if they’d been together for real for ages. And Walter relished in full glitzy goddess extravagance as the oracle.

Head Over Heels was sometimes confusing from the story alone, but glorious fun to see the cast dance the thrilling choreography by Evor Wright in gorgeous costumes Suzi Crawford and Breianna Barrington based on original designs. The songs sometimes felt less organic and more requisite like “Cool Jerk” and “Get Up and Go” but the bigger hits were always spot-on – particularly the use of “Mad About You” and a sensual “Heaven is a Place on Earth.”

That being said, Go-Go’s songs may not be the most showtune ready. Music director Lee Harris strongly led the offstage rock band orchestra but tunes sometimes felt restrained from rocking out to songs like “Head Over Heels” or “Vacation.” Perhaps it’s the conundrum of bringing pop music into the theater. But the orchestra always did the songs justice and along with the cast, gave the audience exciting retro energy.

Also, this show was so unexpectedly queer. Dialogue and story lines touched abundantly on pronouns and identities and same-sex relationships.  Numbers like “Vision of Nowness” and “Automatic Rainy Day” push its gay agenda and the audience was there for it – even if it felt a bit forced at times.

But with the pop hits and a cast that all looked like they were having the best time onstage, Head Over Heels more than lived up to its name.

The show runs through Dec. 18.

A peek at the upcoming Jinkx and Dela Holiday Show

Before Monday’s show at the Majestic Theater, we received some pics of the latest holiday offering by BenDeLaCreme and Jinkx Monsoon. The queens have checked their list which includes a Dallas visit for their new The Jinkx & DeLa Holiday Show produced by BenDeLaCreme Presents. Don’t tell Mariah, but Entertainment Weekly stated that the new show proves why they are the “queens of Christmas.”

But seriously, they aren’t wrong.

“The Jinkx & DeLa Holiday Show is joyous, hilarious, surrealist, communal, and heartwarming. Nothing makes me feel more connected to the good in the world than the seas of people we get to celebrate the season with night after night – laughing, cheering, and being in our feelings together. I’m so lucky to get to experience that each year, and I hope you all will experience it with us,” Dela said in the show’s original press release.

We just received images from the current show to give you a peek of what to expect at Monday’s show. Check ’em out: 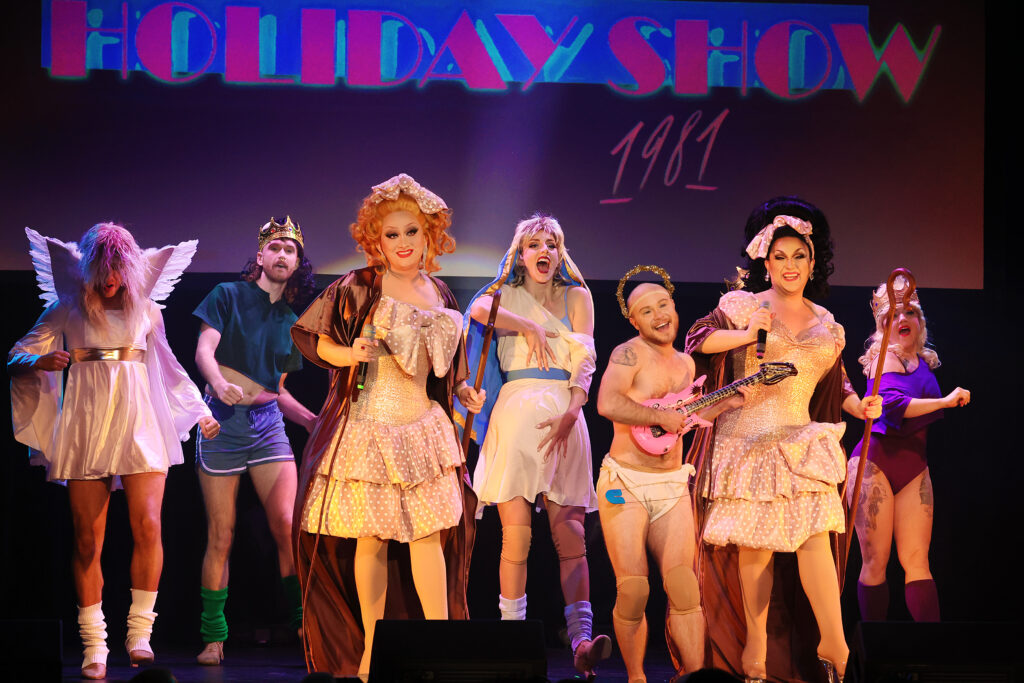 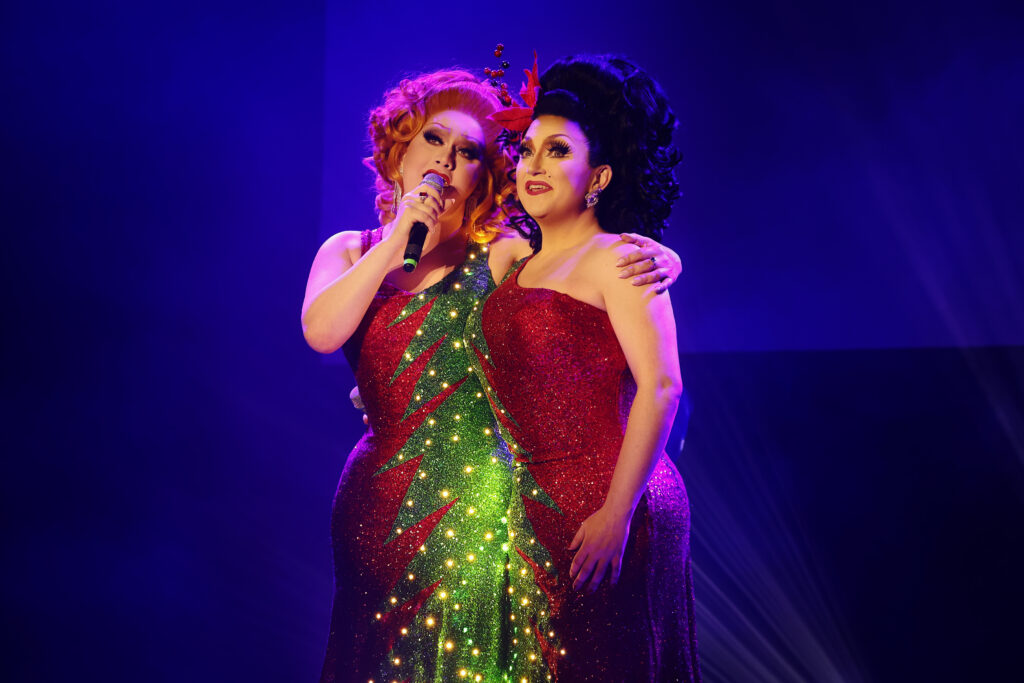 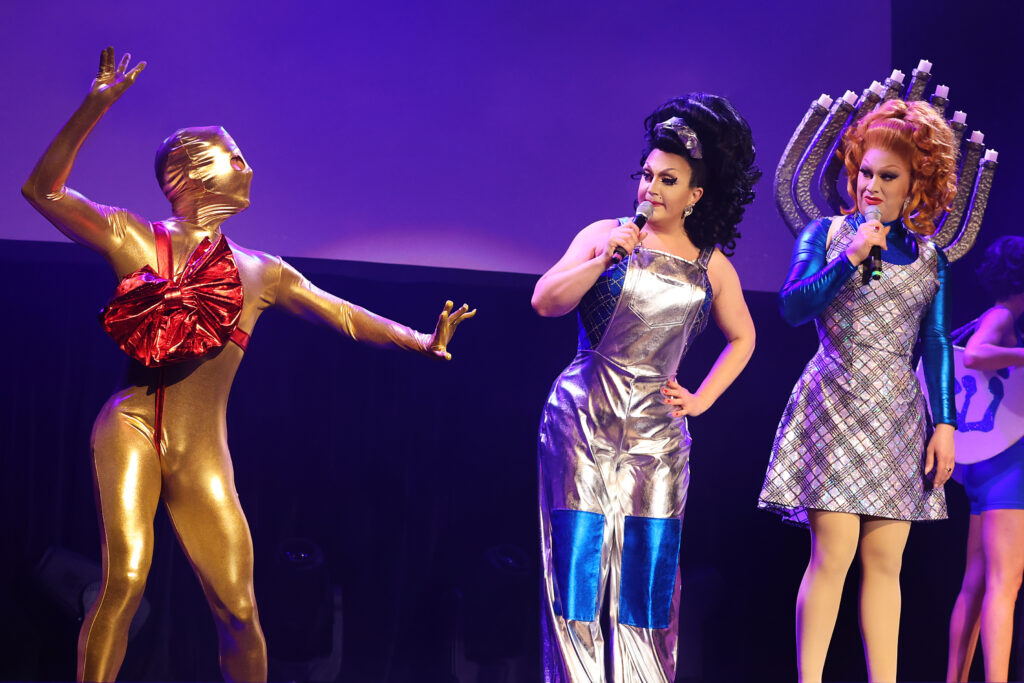 NTPA: Scrooge the Musical, Dec. 14-18 at the Willow Bend Center for the Arts. 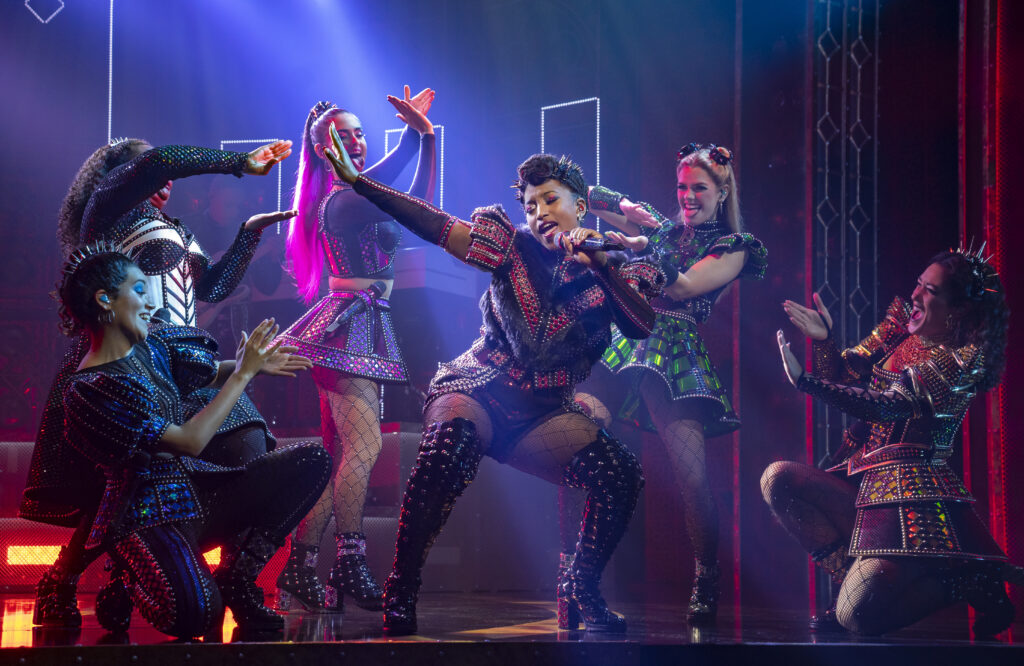 Dallas Symphony Orchestra: Christmas Pops, through Sunday at the Meyerson.

NTPA: Scrooge the Musical, through Sunday at the Courtyard Theatre.

Allen Contemporary Theatre: It Runs in the Family, through Dec. 18.

Greater Lewisville Community Theatre: Over the River and Through the Woods, through Dec. 18.

Stolen Shakespeare Guild: The Wickhams – Christmas at Pemberley, through Dec. 18 at Arts Fort Worth.

Theatre Arlington: Hooray for the Holidays, through Dec. 18.

Theatre Denton: Disney’s Beauty and the Beast, though Dec. 18 at the Campus Theatre.

Uptown Players: Head Over Heels, through Dec. 18 at the Kalita Humphreys Theater.

Jubilee Theater: Take the Soul Train to Christmas, through Dec. 23.

Dallas Theater Center: A Christmas Carol, through Dec. 24 at the Wyly Theatre.

Broadway Dallas: Six, through Dec. 25 at the Winspear, pictured.