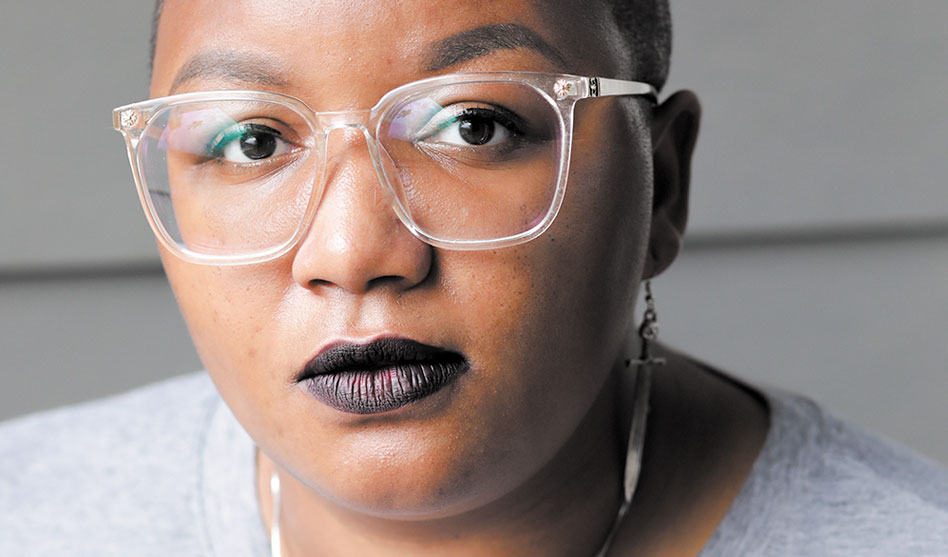 On Tuesday, The Arts Community Alliance (TACA) – announced the 2022 recipients of its New Works Fund that focuses support on new works of performing, literary and visual art in varying stages of development by BIPOC (Black, Indigenous, People of Color), LGBTQ+, and female artists. The five arts organization recipients with multidisciplinary new works will share the $125,000 distribution made possible by Anne Davidson, The Texas Instruments Foundation and The Sapphire Foundation.

“I am overjoyed to support these exciting new works as the Presenting Sponsor of the 2022 TACA New Works Fund,” Anne Davidson said in the announcement. “New artistic work is the lifeblood of our community and I look forward to seeing these five projects come to life.”

Launched in 2012, the TACA New Works Fund was established to support innovative new works of art in Dallas County with the intention to amplify and cultivate artists underrepresented in their respective artistic genres and endeavors. Since its inception, the fund has provided $1,025,000 in grants to support 33 new works of art in North Texas.

“We are humbled to provide support to such an exciting slate of new work projects being developed by organizations and artists of diverse backgrounds,” Terry D. Loftis, Donna Wilhelm Family president and executive director of TACA mentioned in the press release. “We are also excited that this year’s fund is supporting new works in varying stages of development. New works often come to life through the sheer will and passion of artists until their final stages. We look forward to supporting these projects in their infancy and see what their creativity yields without the weight of financial worry. Providing funding access to BIPOC, LGBTA+ and female artists ensures that our impact reaches across all sectors of our creative community.”

Second Thought announces departure of its director of operations

In an email announcement on Tuesday, Second Thought Theatre announced that after 15 years, its DO Drew Wall will leave the company for new opportunities.

“We cannot convey the gratitude and appreciation we have for all he’s done, and we can’t wait to see the amazing things he will do everywhere he goes,” the theater stated in the email. “Drew, thank you for a decade and a half of helping to bring challenging theatre and exemplary artistic leadership to our STT community! You will be extremely missed!”

The email included Wall’s resignation letter he addressed to STT donors and his Second Thought family. In the letter he mentioned he will step down from his poition at the end of the calendar year. Wall recalled his own history with the company.

I am so proud of what we have accomplished together. Over the last 15 years, we’ve grown the annual organizational budget by over $175,000, added a full season’s worth or surplus funds for protection, graduated to a union compliant Actors’ Equity Theater with full health and benefit opportunities for union members, expanded stipends for designers and non-union artists, and produced some of the most highly regarded stage theater in the DFW metroplex. There were certainly many years of trial and hardship we weathered along the way, but here we stand with an opportunity to cement Second Thought’s place in our local artistic ecosystem for the next 15 years and beyond. On my way out the door, I hope each and every one of you will offer the same grace, trust, and respect to Carson, Richard, and the new staff members who will be replacing me.
STT’s final show for this year is One Flea Spare set to open Oct. 26. 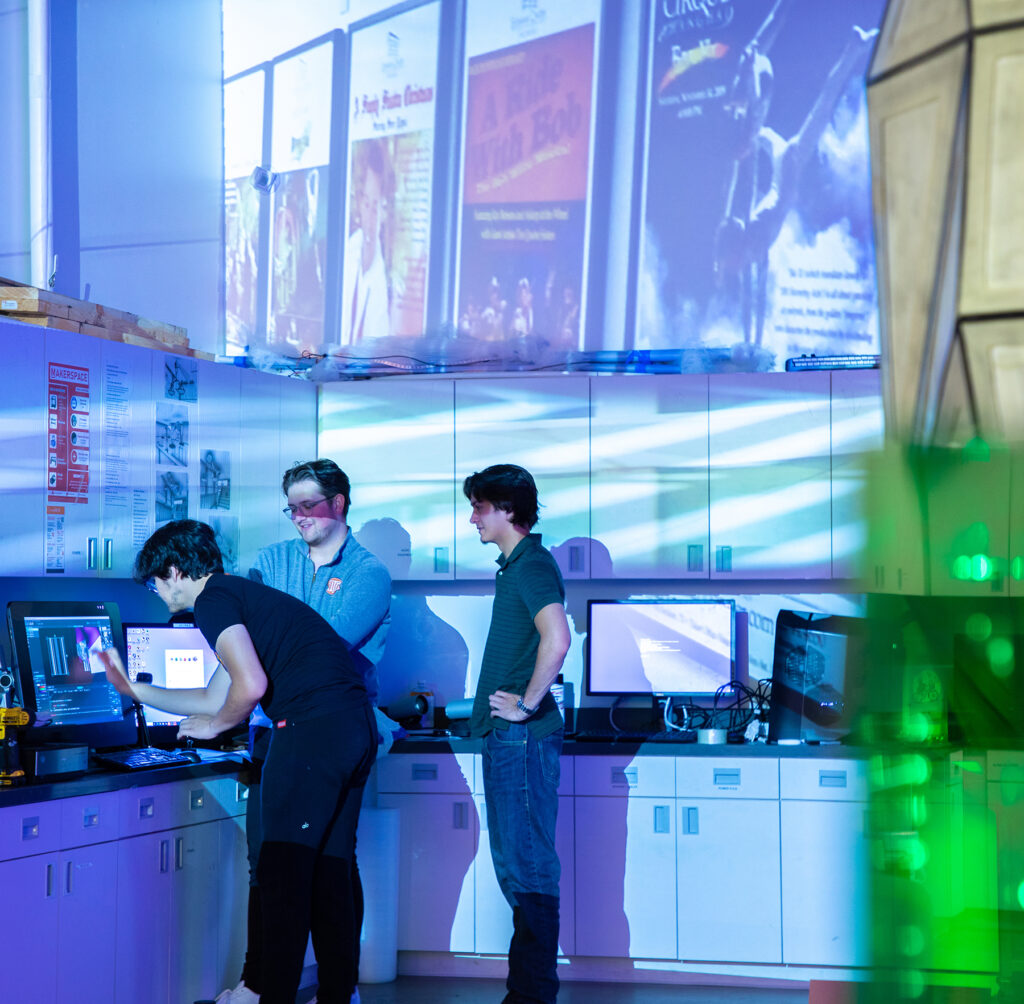 The new immersive projection experience, 20 Years in 20 Minutes,  created by the UT Dallas School of Arts, Humanities, and Technology (AHT) 3D Studio LightSquad  will be unveiled on Sept. 8 at the Charles W. Eisemann Center for Performing Arts . The installation will be available for viewing Sept.  9-30. The project highlights the Eisemann Center during its 20th Anniversary Celebration.

“We very much like the goal of continuing to progress and lead the arts toward new and innovative discoveries as technology reshapes our senses, perceptions and reality,” Ann and Charles Eisemann said in a statement on Monday. “We think this will help grow new artistic leadership and create something new that will last into the future and help the arts innovate over time.”

The immersive video project is part of a multiyear, interactive arts experience that is funded by the Eisemann Edge Endowment Fund, which was started with a $250,000 donation from community benefactors and civic leaders Ann and Charles Eisemann. A joint initiative of the city of Richardson, the Eisemann Center and the School of Arts, Humanities, and Technology (AHT), the program is intended to leverage a wide array of creative abilities and technological platforms that will engage new audiences, enabling them to explore the arts and to build on the Richardson community’s distinctive high-tech heritage. Proceeds from ticket sales for 20 Years in 20 Minutes will go to the endowment fund. 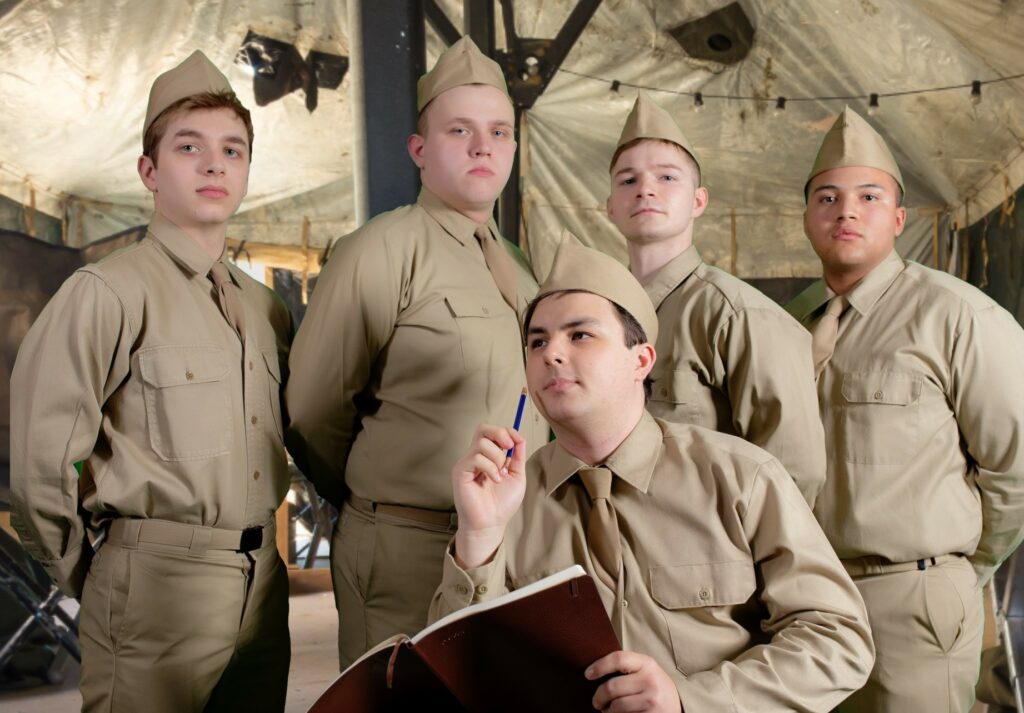 Theatre Arlington has a case of the Biloxi Blues

Theatre Arlington’s next production will be Biloxi Blues by Neil Simon. The show will open Aug. 19 and run through Sept. 4.

The second in Simon’s semi-autobiographical trilogy, Biloxi Blues was the winner of the 1985 Tony Award for Best Play. Local actor Eric Berg who captured the hearts of Theatre Arlington’s patrons in 2019 when he portrayed Eugene Jerome in their production of Brighton Beach Memoirs reprises his role as Eugene, a young army recruit during WW II. When the audience first met Eugene he was coping with adolescence in 1930’s Brooklyn, but it is now 1943 and he finds himself in basic training in Biloxi, Mississippi, learning about life and love while dreaming about being a writer. 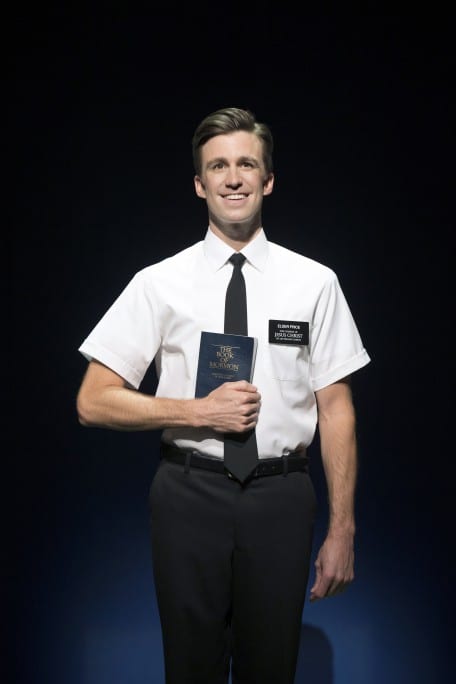 The word was out on socials earlier this week but in a press release Thursday, Broadway Dallas announced the national tour of The Book of Mormon will play a one-week engagement from Aug. 1-6, 2023. The Tony-winning musical will be at the Music Hall at Fair Park. Seats can be guaranteed now for the show by subscribing to the 2022/23 Germania Insurance Broadway Serires. The musical will be offered as an option to the season subscription.

Single ticket sales will be announced at a later date. Group tickets of 10 or more are available now by calling 214-426-4768 or emailing Groups@BroadwayDallas.org. 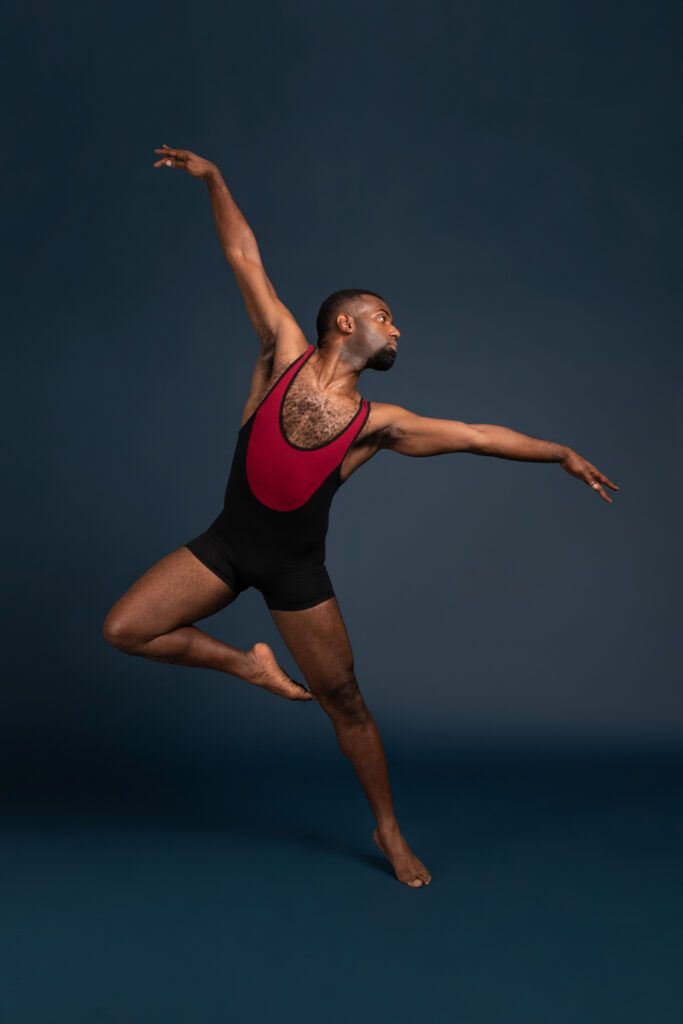 The Romeros Guitar Quartet, 7:30 p.m. Friday at the Meyerson.

Theatre Frisco: Something Rotten, through Sunday.

Rover Dramawerks: The Underpants, through Aug. 20 at the Cox Playhouse.

Hip Pocket Theatre: When We Were Very Young, through Aug. 21.