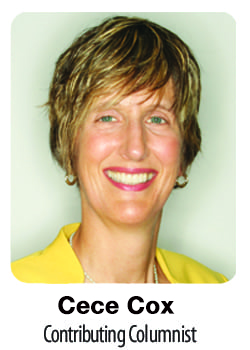 Following is a letter, dated June 21, addressed to the directors sitting on the board of the Dallas Arboretum, asking that the board investigate and address charges of racism and anti-LGBTQ discrimination by some Arboretum staff members. The letter is signed by community leaders Resource Center CEO Cece Cox, Equality Texas Foundation Board Chair Steve Atkinson and Resource Center Board President Kate Newman. The letter — which originally included hyperlinks to complaints, reviews and other cited sources — is published here with the permission of those who signed it.

Dear Director of The Dallas Arboretum:

We are writing as active and engaged citizens of Dallas who care about this city and its institutions. Like you, we have served on nonprofit boards, and we understand the vital importance of a director’s fiduciary and governance responsibilities.

By way of introduction, we have served on city of Dallas boards and currently hold or have held leadership positions with local, state and national organizations, including Southern Methodist University, Human Rights Campaign, Equality Texas, Resource Center, SPCA of Dallas, TACA and the LGBT Law Section of the State Bar of Texas, to name a few. We are accomplished and respected advocates, leaders and allies in the Dallas business community and the lesbian, gay, bisexual, transgender and queer/questioning (LGBTQ+) rights movement.

Dallas serves as an exemplar of the best that a city can be. It has a commitment to equity and inclusion and in 1995 was one of the first cities in Texas to add sexual orientation to its nondiscrimination ordinance (which already included race, gender, age, ethnic origin, nationality and other federally protected classes). Subsequently, the city ordinance and city charter were updated to also include gender identity and gender expression. While this local law is certainly not unusual in the United States, its importance cannot be overstated, because our state does not protect its LGBTQ+ citizens — for example, it is legal under state law to fire someone based upon their sexual orientation and gender identity. In addition, Texas is one of five states that does not protect LGBTQ+ persons in public accommodations. Therefore, LGBTQ+ persons can be kicked out of a restaurant simply because of who they are in most cities in Texas.

While Dallas is a shining example of welcoming and inclusion, that shine today is tarnished by the Dallas Arboretum, which attracted 1,025,052 visitors in 2021 and is one of the top visitor attractions in Dallas. In approximately the last seven months, two complaints have been filed with the Equal Employment Opportunity Commission (EEOC) and the city of Dallas’s Fair Housing Office by Arboretum employees who care so deeply about the organization that they have shared details of discrimination in the work environment in order to effect change. It is our understanding that at least two other complaints have been filed as well but have not been made public. Still other complaints could have been filed but for the expiration of the statute of limitations before those individuals could file. Employee reviews on job recruiting sites Glassdoor and Indeed report a racist environment, lack of diversity in management, a toxic work environment and numerous other concerns.

The discrimination claims that we are aware of include race, disability, sexual orientation, gender identity and gender expression. They evidence a clear picture of a work culture that is the antithesis of what Dallas stands for. They indicate a failure to stamp out bias and discrimination not only internally but also in the Arboretum’s outward-facing programming. While we support the Arboretum’s right to respond to the allegations, the concerns raised demand a thorough investigation, response, transparent answers and accountability. We have heard none.

Dallas Park and Recreation Director John Jenkins sent a letter dated January 19, 2022, to Arboretum President and CEO Mary Brinegar, notifying her that he was aware of a Dallas Voice report that a claim had been filed with the EEOC. He referred her to the Arboretum’s non-discrimination obligations under its agreement with the city, as well as applicable city ordinances.

As a board member of the Dallas Arboretum, you have a fiduciary duty to ensure that the organization not only complies with all applicable laws, but also that it is a stellar representative of the city of Dallas. Per its contractual agreement to manage the 66 acres of land owned by the city of Dallas at White Rock Lake, the Arboretum is violating both its agreement with the city as well as Dallas City Code chapter 46, by discriminating against employees.

The issues of discrimination and toxic work environment at the Arboretum have already received media coverage, including from PBS affiliate KERA, Dallas Morning News, Dallas Voice, Axios and the Lakewood Advocate. Attention will undoubtedly expand as more Dallas residents become aware of these circumstances:

The Arboretum planned a few activities in June for what is known as Pride Month in acknowledgment of the LGBTQ community.

Those plans do not in any way mitigate the reality that LGBTQ+ employees have not been able to bring their full selves to work, as detailed in the … complaints.

Our leadership on various boards and organizations has required us to face and examine unpleasant truths for the betterment of the organization, the people who serve it and those who are served. We urge you, as a director of the Dallas Arboretum, to do the same and conduct a thorough investigation of the issues raised by current and former employees and to root out all causes of discrimination, toxicity and harm.

Specifically, we ask that you:

• Determine why and how workplace practices are in violation of Dallas City Code that prohibits discrimination, and hold those responsible accountable;

• Immediately update the employee handbook with LGBTQ+ protective policies, including: Accurate language reflecting diversity and inclusion of sexual orientation, gender identity and gender expression among employees; Allowing the use of pronouns on email signatures; pronoun pins and stickers; and other visual displays of support for the LGBTQ+ community; FMLA policies inclusive of LGBTQ+ individuals and families;

• Provide transparent communication and reporting to the department of Park and Recreation and the taxpayers of Dallas regarding how significant cultural change will take place.

These matters cannot be swept under the rug by keeping board members in the dark, by maintaining the status quo in organizational leadership, by fear of implementing needed and necessary change in the culture or any other impediment or challenge. Your job now is to ask many questions and demand complete and thorough answers, and with those answers, effectuate institutional change, including accountability practices in the future. Your organization, the individuals affected, and the citizens of Dallas deserve no less than excellence.