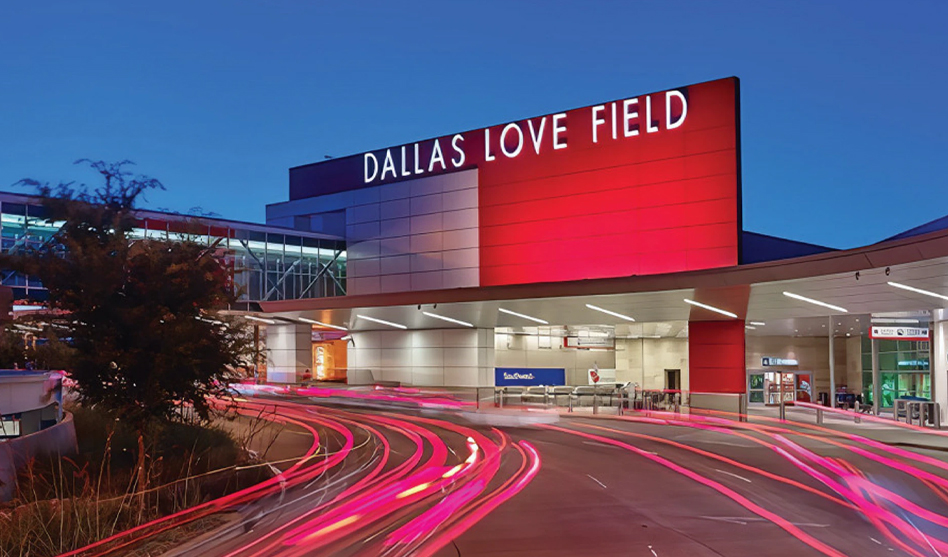 Flights have resumed at Love Field, although a number of flights have been canceled. Check with Southwest before going to the airport. Those flights that we checked that are operating are taking off at least two hours late.

Police have identified the suspect in the shooting at Love Field this morning as Portia Odufuwa. The suspect appears to be the same person who was arrested for robbing a bank in Wylie in 2019.

NBC 5 interviewed a man who was nearby as the shooting happened earlier at the airport. The bystander said Odufuwa said that her husband was cheating “and she was about to blow this sucker up.” That’s when she pulled out a gun and shot toward the ceiling. A Dallas police office who was there shot Odufuwa in the leg, ending the incident quickly.

Here’s what Dallas police have released about the incident at Love Field this morning.

On July 25, 2022, at approximately 11:00 AM, Dallas Police responded to a report of shots fired at Love Field Airport.

The preliminary investigation determined Portia Odufuwa, 37, was dropped off at the airport near and walked inside the terminal. Odufuwa went inside a women’s restroom and a short time later comes out into the ticket counter area and fires a weapon several times. A member of the Dallas Police department nearby quickly engaged with the suspect, firing their weapon and hitting the women in the lower extremities.

There were no passengers or DPD officers who were injured. The suspect was transported to a local hospital.

The Dallas Police Department and FBI are investigating the incident.

Dallas Police were assisted by the FBI at the scene, with their Evidence Response Team on scene, and assisting DPD with witness interviews.

The investigation is continuing.

Flights have not resumed a Love Field after a shooting near a ticket counter this morning. Before leaving for the airport today, check with the airline. As of 1 p.m., all flights were still suspended. More than 600 flights across Southwest’s system have been affected by delays.

A 37-year-old woman was dropped off at Love Field before 11 a.m. She went into a rest room, changed clothes and when she came out, produced a hand gun and started shooting. Garcia said she was pointing at the ceiling.

Police shot her in the leg and an ambulance transported her to Parkland Hospital.

Garcia said he had no information about a motive and took no questions.

“There is a report of shots being fired at the Dallas Love Field Airport,” Dallas Police Sergeant Warren Mitchell wrote in an email. “Dallas police are investigating, and will update media when information becomes available.”

All flights are on hold until 12:30 p.m. and the entrance to the airport has been closed. No one is being allowed into the terminal if they weren’t already inside.

NBC5 reports an ambulance left the airport and one person was taken to the hospital.

According to Rockwall Police Chief Max Geron, who was at Love Field with his family when the shooting happened, the shooting took place near a ticket counter. People on line at security were evacuated.

At noon, TSA reported that “the shooter is down.”