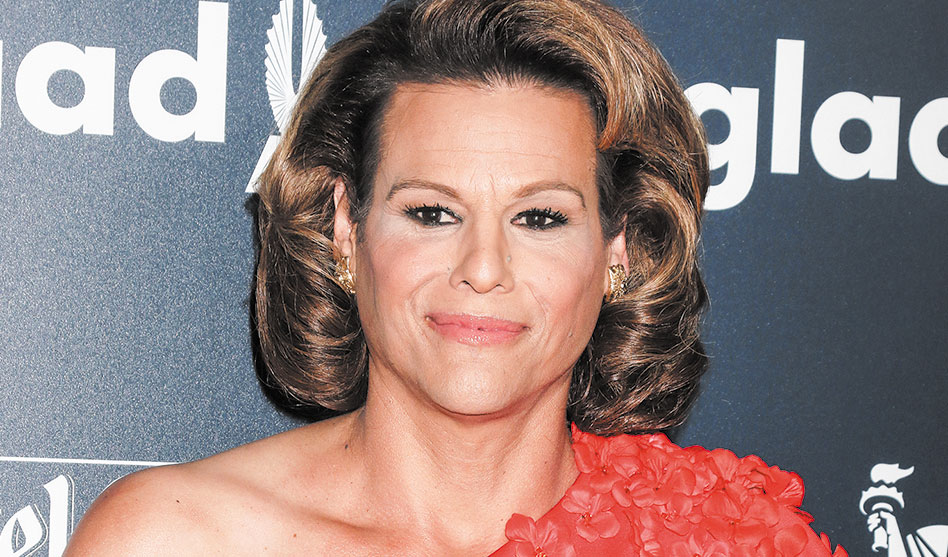 Into the cyberfuture with Alexandra Billings

We are huge fans of trans actor Alexandra Billings. She’s the reason we didn’t bail on The Conners. And it’s exciting to watch a performer come into their own on screen, which is how it seems to be going for her. Next, she’ll step into a role in the upcoming Amazon original series The Peripheral, starring Chloe Grace Moretz and Jack Reynor (the boyfriend in the bear costume in Midsommar).

Based on the novel by legendary author William Gibson, the plot involves mysterious cyberspace-based employment, gaming and possibly murder — none of which will really make sense until we watch it. Our favorite detail: Billings’ character, a major role as a mysterious detective, is transgender, as was the character in the original novel. So three cheers for giving trans roles to trans actors.

Created by Scott B. Smith, starring people we enjoy, we’ll be watching.

Treasure hunting with Charles Busch and Margaret Cho in The Sixth Reel
Legendary playwright and drag performer Charles Busch (Psycho Beach Party, Die, Mommie, Die!) forged his own path with the off-Broadway Theatre-in-Limbo company, and, after creating those comedy mainstays, he didn’t rest on that success. That’s a longwinded way of saying he’s back and ready for the big screen again with The Sixth Reel.

Co-written and co-directed by Busch and Carl Andress, the latest project stars Busch as a movie memorabilia collector, obsessed with classic Hollywood. When a friend’s death reveals the existence of the final reel of a classic horror film that was thought to be lost, a race to cash in commences with a variety of ruthless and comedic schemes.

Along for the ride are Limbo alum Julie Halston, Tim Daly and stand-up queen Margaret Cho. The film will get its world premiere at this summer’s Outfest. Look for it to roll out into the world soon after.

MK Ultra co-stars Jen Richards in CIA drug drama
Did you know that in the 1950s and ’60s the CIA engaged in a program called Project MKUltra, and it was designed to develop interrogation techniques with LSD, brainwashing and psychological torture — and that they used human subjects?

Well, it’s yet another slice of American history they don’t teach you in school, and now there’s going to be a movie about it.

It’s called MK Ultra, from writer-director Joseph Sorrentino (the documentary Coyote), and it stars Anson Mount (Star Trek: Discovery) as a psychiatrist whose professional and ethical boundaries are tested when he becomes involved in the project. Jason Patric and Jaime Ray Newman (Little Fires Everywhere) co-star, as does one of our favorite ascendant trans actors/filmmakers, Jen Richards, who’s appeared in Clarice, Mrs. Fletcher and Tales of the City, and is an Emmy nominee for Her Story.

Already in post-production, with an expected release of late December, look for it to take you on a bad trip this holiday season.

Growing up with BeBe
Drag superstars are not born fully formed, bursting out of the crib ready for their close-up. It takes time to develop one’s artistry. And that is also the case with BeBe Zahara Benet, who was the first-ever winner of RuPaul’s Drag Race, in a moment when no one had heard of such a competition and when the latest young crop of queens were entering elementary school.

As it happens, the cameras were on Marshall Ngwa, aka BeBe, early in life, growing up in Cameroon and then France before settling in Minneapolis and developing a beloved drag persona. And it’s this 15-year-long accumulation of archival footage that forms the fascinating backstory of BeBe’s stardom in the new documentary Being BeBe.

We love the prospect of peeking backstage to watch a legend in progress, and we’ll be ready for the doc’s premiere this summer at Los Angeles’ Outfest. After that, it’ll surely sashay its way into theaters and streaming platforms before year’s end.