Saving the next George Floyd 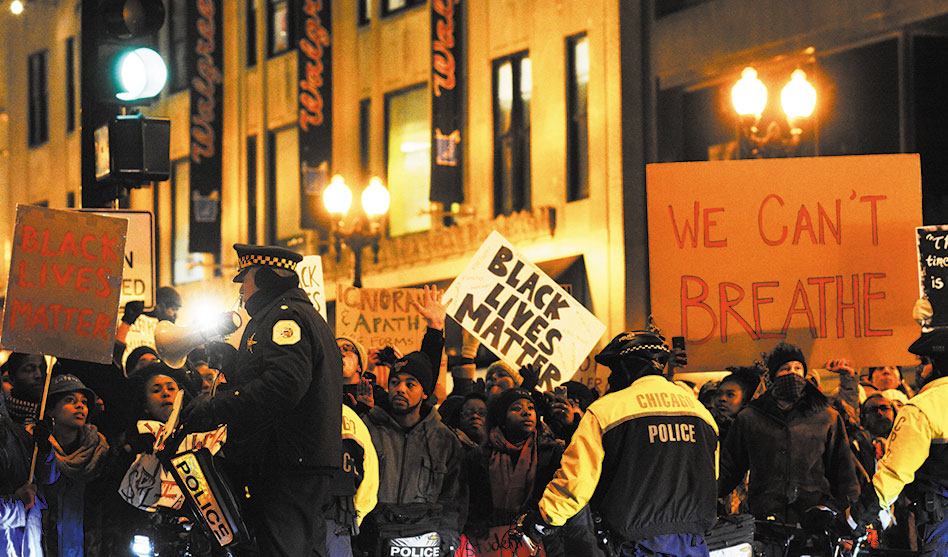 By the time Chauvin’s knee was on Floyd’s neck, it was too late. We must stop the knee from reaching the neck

There was no saving George Floyd. We all saw the look on Derek Chauvin’s face. It was the face I’ve seen way too much of: the face of childhood bullies that terrorize smaller kids before beating them up, just for kicks.

I wonder if, after growing up and getting out of school, some of those bullies who didn’t end up in jail (or worse) maybe decided to join a police department somewhere.

Watching the video, it is clear Chauvin wasn’t going to take his knee off of George Floyd’s neck. He seems like one of the types who would keep it there longer just because people are begging him not to.

I took a class sometime back in “Bystander Intervention Techniques.” I learned a lot. For instance, there are the five “Ds”:
• Distract — Start a conversation with the victim, get them away from the oppressor.
• Delegate — Ask for help; maybe have someone grab a store manager or ask someone to call police while you monitor the situation.
• Document — Cell phone video, as we’ve seen, can be very helpful.
• Delay — Check in with the victim after the fact; make sure they are OK.
• Direct — Intervene directly, which is the riskiest tactic.

These are all great techniques; some or all are useful most of the time. But what about this time? The only available choice in the George Floyd murder was to “Document” — which bystanders did.

What they documented was a murder. There was no saving George Floyd.

There was no “distracting” or talking to George Floyd; he was busy being murdered.

Delegate? That’s a joke. The people you are supposed to be able to call for help were already there. They were there committing the murder.

But what about that last “D”? What about “Direct”? Let’s talk about that.

My first impulse would have been to physically shove Chauvin off of Mr. Floyd to get that knee off his neck. Except that the knee belonged to a police officer … with a gun … surrounded by other police officers … with guns.

History tells us that physically laying hands on an officer trying to subdue a suspect could very well get you shot, tased or, if you’re really lucky, arrested and charged with assaulting a peace officer, which is a third-degree felony, and interference with public duties, a Class B Misdemeanor.

And in this case, you likely still would not have changed George Floyd’s fate.

There was no saving George Floyd.

It should be clear by now that the way we are policed needs to change. Do not misunderstand: I am not anti-police. I have immense respect for law enforcement officers and the difficult job they do. Officers want to come home to their families at the end of their shift, just like anyone else.

Patrol officers have a really hard job, and some people are not cut out for that hard job. And people who aren’t cut out for it shouldn’t be doing it. A badge isn’t a hunting license.

Change can come from a lot of places. But we most often look to the Justice Department or the president or the police chief. How about looking in the mirror?

Our society is made possible through a social contract; the authority of the government depends upon the consent of the governed. Are we OK with how policing is done? If not, then we need to have a voice in what kinds of changes we want to see.

It’s a delicate balance though. Training for new recruits here is six months. In Germany it’s three years. Are we willing to spend more tax dollars for better trained police.

I don’t have all the answers. I just have questions. And the No. 1 question on my list is, “How can we save the next George Floyd?”

McMurray is transgender education and advocacy associate at Resource Center in Dallas. She is also a regular columnist for Dallas Voice. Read more of her blogs at lesliemichelle44.wordpress.com.