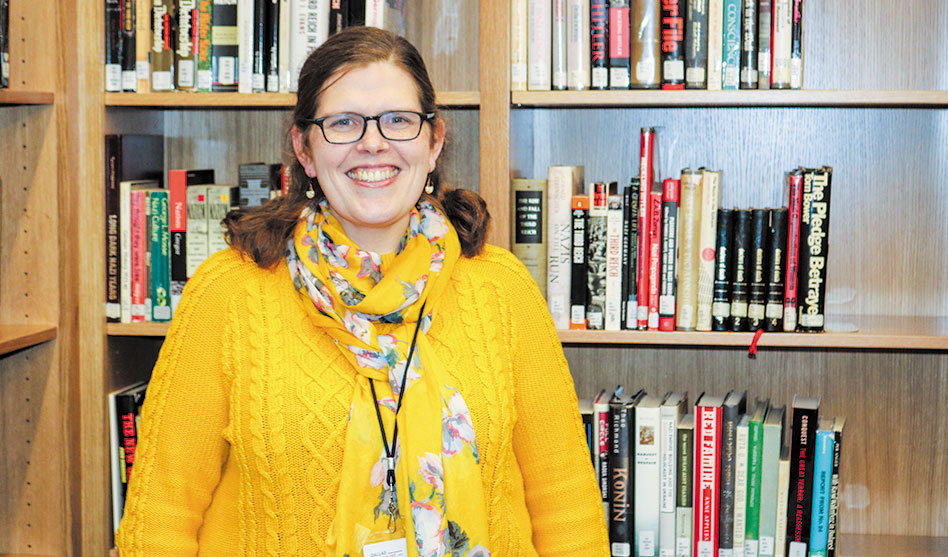 On Aug. 2, 2012, Dallas gay couple Beau Aragon and Major Jiminez had had enough. Their friends in other states were getting married; it was time for them to get married too, right here in Texas. So, they went to the marriage license bureau in the Dallas County Records Building and applied for their license.

After a woman called them into a side room to explain she couldn’t issue the license, the couple sat down at the front of the line and handcuffed themselves to the stanchion. They sat there for the entire afternoon, until the building closed.

County Clerk John Warren explained to them there was nothing he could do. LGBT police liaison Laura Martin told them they could stay there for the afternoon, but they’d be arrested for trespassing after closing hours. At 5:30 p.m., police gave the couple the option of leaving on their own. Beau did. Major was arrested.

At the jail, lesbian Sheriff Lupe Valdez checked on Major, who was released in the middle of the night. Charges were later dismissed, but protesters accompanied the couple to court appearance.

The couple finally married legally in Texas in January 2017, a year and a half after the U.S. Supreme Court’s Obergefell ruling instituted marriage equality nationwide.

The Dallas couple’s story has now been filmed and transcribed and is part of the research material — along with about 300 photos taken by Dallas Voice — documenting their struggle for marriage equality housed at the new Holocaust and Human Rights Museum.

Felicia Williamson, director of library and archives for the museum, said this was the first of the LGBT stories she’s documented.

For its first 35 years, the museum concentrated on recording the stories of Holocaust survivors who live in North Texas. Since opening its new building in September, the library has expanded its mission to include documenting human rights issues more broadly, with an emphasis on the North Texas area.

After recording his testimony, Jiminez said he was honored to be included in the museum’s records. “But,” he noted, “we are in a museum which documented true suffering. It’s impossible to compare one to the other.”

Williamson disagreed. She said all human rights should be recognized and honored and that when tyrants strip away rights, they start with one group and continue until conditions exist to allow another genocide. That’s why she’s looking to preserve the oral histories of those who stepped out to become Upstanders in the fight for human rights for the underserved and under-documented.

“A lot of people think their story is not significant,” she said. But every story matters. As an example, she cited stories of those who spent the Holocaust in hiding rather than having survived life in a concentration camp. Those stories are compelling as well, Williamson said.

In addition to Beau and Major’s story, Williamson said she’s filmed oral histories of a local Cambodian refugee as well as a local Bosnian War survivor.

From the LGBT community, Williamson said the museum is interested in hearing stories where people were faced with bigotry for being LGBT or discriminatory consequences. She said she wants to hear stories from people “whose actions moved the needle,” and “the headline moments that were game changing.”

The testimonies will be used by researchers and in classroom programs. They may later be used in special exhibits like an upcoming Stonewall exhibit scheduled for the museum in June 2021.

She said stories are used “to inspire the next generation to step up and fight for [their] fellow man.”

If you have a story you think the museum may want to document, contact Felicia Williamson at fwilliamson@dhhrm.org.