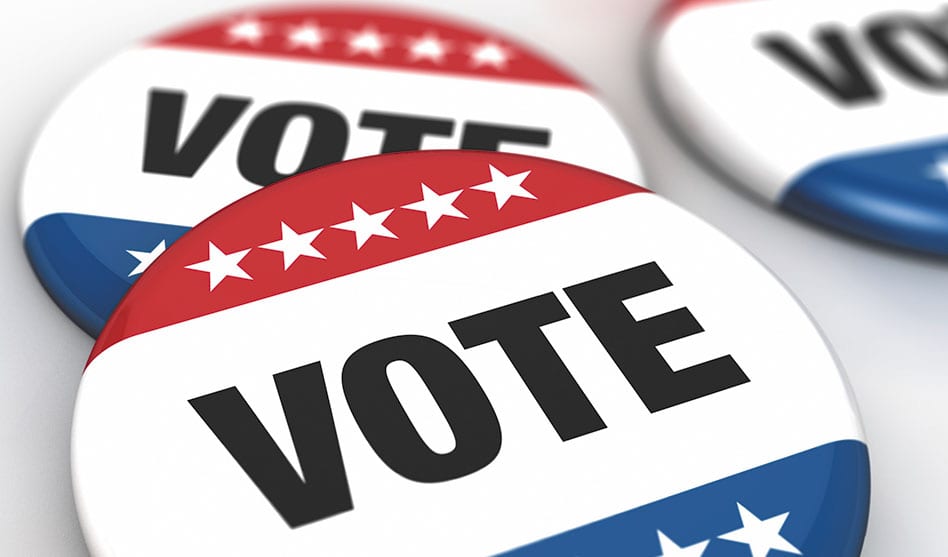 With Election Day for the 2018 midterms just days away, progressive candidates in Texas this week were upbeat and enthusiastic, encouraged by reports of extraordinarily high early voting counts here in the Lone Star State and around the country.

tanyOpenly-LGBT candidates for Texas Senate are Mark Phariss in District 8 and David Romero in District 7.

Finn Jones, who could become the first transgender person elected to the Texas Legislature, in District 94, and Julie Johnson in District 115.

Judge Tonya Parker is running for re-election to the 116 Civil District Court in Dallas County, and joining Mosely as a justice of the peace candidate is Sara Martinez in Dallas County.

All of the candidates, with the exception of McKennon, are running as Democrats, and they are joined on the Democratic side of the ballot by a number of strong allies of the LGBT community. Not the least of those allies is the wildly-popular U.S. Senate candidate Beto O’Rourke, who is neck-and-neck with incumbent Ted Cruz in that race. Democrats across the state hope that O’Rouke’s popularity will bring crowds of people to the polls, who will then vote Democratic down the line. 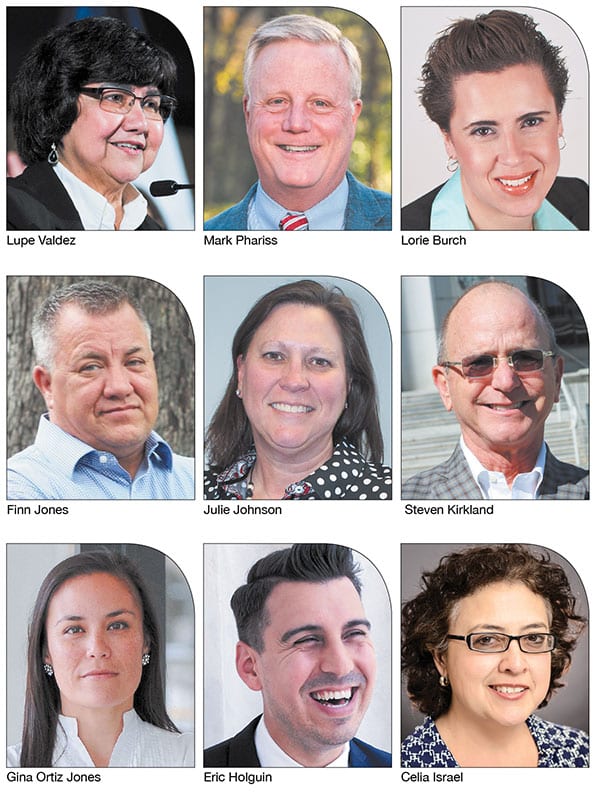 Early voting numbers
The early vote in the 40 largest counties in Texas, which account for 88 percent of the population, had already surpassed 2016 totals by the end of the first week of early voting.

And in the three largest counties in North Texas, voting remained strong into the second week of voting. In Dallas County, 27 percent of registered voters (367,375) had cast a ballot by Oct. 30. In Tarrant County, 28 percent or 319,379 people had voted, and Collin County had the highest percentage in the state at 35 percent, or 20,7814 voters.

A greater turnout in the larger, more urban areas of the state often bodes well for Democratic candidates, since those areas tend to be more progressive overall.

Mail-in ballots have increased the early vote total tremendously. The Democratic Party sent out a mailer to all voters over the age of 65 encouraging them to apply for a mail-in ballot. By Oct. 30, Harris County had received 80,279 mail-in ballots, Dallas 33,390, Tarrant 30,499, and Collin 13,160.

More than 30 percent of registered voters have cast ballots (including mail-ins) in the 40 largest counties.

“While Beto [O’Rourke] is taking a lot of resources, we’re reminding people there are 60 other people on the ballot who need your help,” Daugherty stressed.

He said his organization has focused on the top 10 precincts where its members live, which were mostly in Oak Lawn, Oak Cliff and downtown. The organization is targeting those areas with ads on social media and mailers as well as placing ads in Dallas Voice.

Chad Crews runs Stonewall’s campaign activities. He said his group of volunteers is concentrating on two state House and one state Senate race. Joanna Cattanach is challenging incumber Morgan Meyer in a House district that crosses part of Oak Lawn. And Ana-Maria Ramos is running against incumbent Linda Koop, who originally won with LGBT support after serving as an ally on the Dallas City Council. Once in the House, though, Koop became a bathroom bill supporter.

Parts of these districts overlap U.S. House District 32 where Colin Allred is challenging incumbent Pete Sessions. Crews said because his committee is part of a state PAC, they can’t directly contribute to the Allred campaign, but they are supporting his campaign in ways they legally can.

Crews said his group donated about $7,000 to candidates in September, and his committee spent an equal amount supporting candidates and a get-out-the-vote effort.

Lupe Valdez
Elizabeth Lewis, campaign spokeswoman for Lupe Valdez, said the former Dallas County sheriff had “just finished a 10-day, 50-city, 5,000-mile bus tour around the state.” Wednesday was the campaign’s last day in the Dallas area, “Then we’re back on the road through Election Day,” Lewis said.

She said the early vote turnout was a good sign for Valdez. “People are ready for a change,” she said.

Lewis described the Valdez campaign as historic, since Valdez is the first Latina and the first openly-LGBT candidate for governor in Texas. Texas’ Hispanic-American citizens are also backing Valdez, Lewis said, noting, “When we’re in the Valley, people look to her as inspiration. She’s waking up that sleeping giant.” 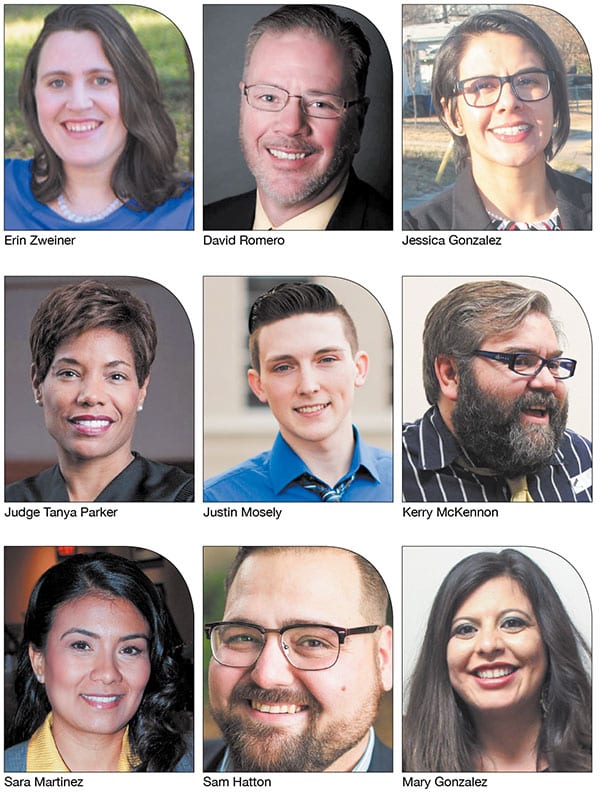 Lorie Burch
Congressional candidate Lorie Burch said this week that she and her supporters “are feeling confident and enthusiastic. Our field game is like nothing Collin County has ever seen.”

Burch said each week, more and more volunteers have been showing up for block walking and phone banking efforts on her behalf. “We’ve seen a huge uptick in younger voters and minority voters — especially the Muslim community,” she noted.

Burch is running against state Sen. Van Taylor, who has been running TV ads that describe him as an Iraq War veteran and family man. But, Burch said, “We haven’t seen any change in the polling data since his ads began to run,” Burch said.

She added that her campaign decided not to run TV ads. Instead, she’s spent her money on social media to target younger voters. She also said she’s been running into many voters who don’t know who Van Taylor is because they just don’t watch much TV.

Like Texas Senate candidate Mark Phariss, whose state senatorial district overlaps Burch’s congressional district, she said her opponent avoids any interaction with her.

In fact, she said, she’s run into him at only two forums. Her campaign reached out to his to set up a debate, but “he ignored us,” she said.

Burch said Collin County Republicans seem to be working on the assumption that if they can just get out their base, they’ll win. But, she declared, “They’re sorely mistaken.”

Burch said her watch party will be at the Nylo Hotel in Plano. She asked anyone planning to attend to RSVP to her campaign, because they’ve received threats and there will be security.

Phariss said he approached the Texas Association of Business, which was instrumental in working against the bathroom bill last session, but they endorsed Paxton, who didn’t want their endorsement and hasn’t put it on her website.

“I’m the business attorney,” Phariss said, frustrated that the organization didn’t even interview him for the endorsement.

In the last week of the campaign, Phariss started running TV commercials, and he said his fundraising totals have passed the half-million-dollar mark.

Phariss’ TV ads challenge Paxton’s claim that she was a teacher for 22 years, noting that according to her own resume, she taught for maybe seven years — and mostly in private schools.

Phariss said his TV ads are targeting the undecided voters and those who vote on Election Day.

In addition to the bump all Democrats are getting from the Beto campaign, Phariss said he is also benefitting from the campaign of Justin Nelson, who is challenging

Attorney General Ken Paxton. Nelson’s ads talk about Ken Paxton having been indicted for securities fraud and question how he can remain the state’s top law enforcement officer if he can’t follow the law himself. Ken Paxton faces up to 99 years in prison if he were to be convicted.

Nelson’s ads also question how Paxton’s net worth could grow from $30,000 to $3 million since he has been in public office. This charge may also rub off on his wife and her campaign for the Texas Senate seat.

Phariss said that while the numbers of people considered Republicans in Collin County has traditionally been high, that’s because people vote in the Republican Primary since the Democrats generally haven’t had contested elections there.

A larger number of people have moved into Collin County from out of state, and Phariss said his polling shows that as many as 80 percent of the new voters are Democrats.

So what are his chances of winning? “We have no clue,” Phariss said.

Johnson is running for the seat currently occupied by bathroom bill author Matt Rinaldi in a race that has garnered attention from supporters across the country. She said she was lucky to have a close group of supporters, who helped her from the beginning, and to have hired a top-tier campaign team.

As with other Democratic candidates throughout North Texas, Johnson said her opponent hasn’t shown up for most forums, although she did get to debate him a few weeks ago on Inside Texas Politics on WFAA Channel 8.

When Rinaldi tried to paint her as a left-wing extremist, Johnson pointed out all the Republican support she is getting, including from Rinaldi’s predecessor as well as the Texas Association of Business.

Still, Johnson said her campaign is continuing at full steam. “We need to keep up the gas and not take anything for granted,” she said.

She and her campaign workers have been at the polls talking to voters, hammering away at her campaign themes — stronger schools and healthcare.

“I’m a small business owner,” Johnson said. “I want to take that business acumen to Austin and work for the people.”

On Election Day, Johnson’s watch party takes place at Yard House in Village on the Parkway in Addison.

Finnegan Jones
Finnigan Jones, running for a Texas House seat in Arlington, said he’s ready to get some sleep. As the first openly-transgender man to run for the Legislature in Texas, Jones said his campaign strategy has been simple and apparently effective — stick to the issues.

Poll numbers have him within a few points of five-times married, “family values” incumbent Tony Tinderholt.

Jones points out that a gas well in Arlington ruptured recently, and the Arlington City Council can’t do anything about it because of legislation that Tinderholt supported.

Democrats are at a disadvantage in Arlington, Jones said, because out of 38 precincts, only about a dozen have precinct chairs. Those chairs are valuable in introducing voters to local candidates and helping get out the vote.

Although the city has mostly voted Republican over the last 20 years, Jones said he’s finding lots of Democrats — or at least, people who’ve told him they’re going to vote for Democrats.

“Lots of teachers are having to work two or three jobs,” Jones said. “One retired teacher contacted me about how cuts to the TRS [Teacher Retirement System] health plan have affected her. She’s cutting her pills into thirds so they’ll last the month.”

Jones said if he wins, a major part of his support will have come from students at UT Arlington.

“The lines at UTA are out the door,” he said. “From what I understand, that’s never happened before.”

Jones said most people don’t think about his gender identity or his status as a transgender man. When women ask him where he stands on women’s issues, he has to explain he was raised female and has been sexually assaulted. He said their reaction is, “Oh … yeah.”