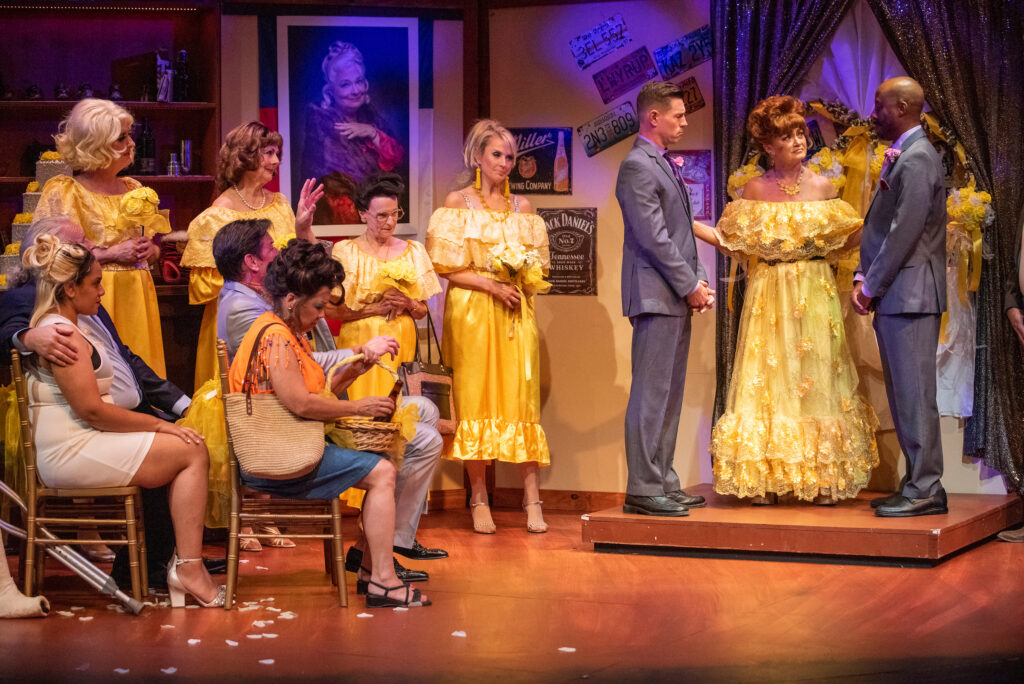 There is a specific wavelength that Del Shores is on which comes out in all his shows — particularly his Sordid universe. With his legions of characters and subplots galore, Shores delivers laughs and sentiment in his distinct style of Southern charm and wit. So it’s no surprise in the world premiere of A Very Sordid Wedding at Uptown Players’ Kalita Humphreys Theater that he lived up to his own legacy — and gloriously so.

Wedding was first a movie that served as Shores’ sequel to his popular Sordid Lives film from 2000 which was based on his stage play of the same name.

This time around, the story is set in 2015 — before a certain president — and centers on Ty (Kevin Moore) and his husband Kyle (Branden A. Bailey) who are getting married in every state as a sort of awareness-publicity stunt. The familiar faces are all back including Ty’s mother Latrelle (Ivy Opdyke), Ty’s aunt LaVonda (Morgana Shaw), Ty’s uncle Brother Boy (Paul J. Williams) their aunt Sissy (Allyn Carrell), her neighbor Noleta (Cara Serber), her husband G.W. (Bruce Melena), and LaVonda’s longtime love Wardell (Steve Golin).

Sissy has become obsessed with the Bible, Latrelle is less uptight about her gay son and Noleta is prone to quickies in the hospital. Brother Boy is stuck in “Long-fucking-view” attempting to get to the Rose Room in Dallas where opportunities await for his country queen drag. The hot new preacher (Hunter Barnett) is planning an anti-equality rally. Oh, and the serial killer Billy Joe Dobson (Emerson Collins) is on the loose.

There is clearly a lot going on.

Thankfully, Shores’ writing and directing here kept the play sharp and precise. With three sets on stage at all times (and five sets total), there was nary a lull in scene changes so the play consistently pushed forward. The hour-long first and second acts barely felt that long with the sheer fun of the play and its efficiency.

The 20-person cast all embodied those Sordid-type of small Texas town characters Shores is famous for. While putting their own spins, the actors also had to live up to the legacies previous actors had created. Truly no one missed a step in that regard.

Of those, perhaps Williams had the most work to do as Brother Boy originated by Leslie Jordan. Without straying far from Jordan’s version, Williams really created his own take of BB.  Mari Deese Hampton did the same for the perpetually drunk Juanita who stole many scenes which should be hard to do in this laugh parade.

A Very Sordid Wedding isn’t a show to analyze too deeply. There’s no doubt Shores puts the fun in dysfunctional and he wants the audience to have a good time. The camp factor is intended for laughs but it also comes with a heart and Uptown Players’ production completely served that purpose thanks to a hefty cast and pithy direction.

One recommendation: Watch the film Sordid Lives before the show to understand and keep track of some of the backstory. It’s on Hulu. 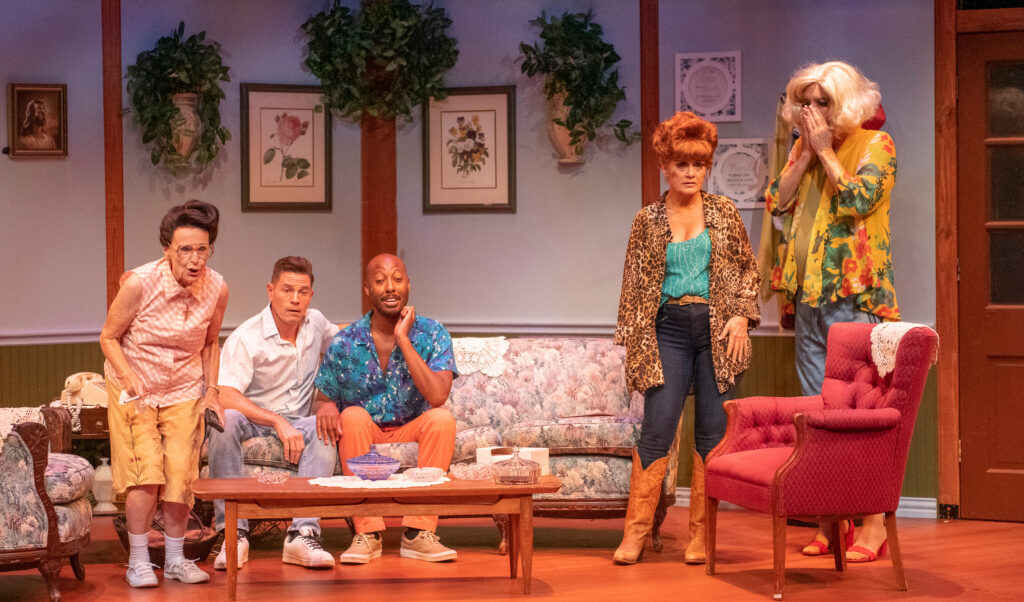 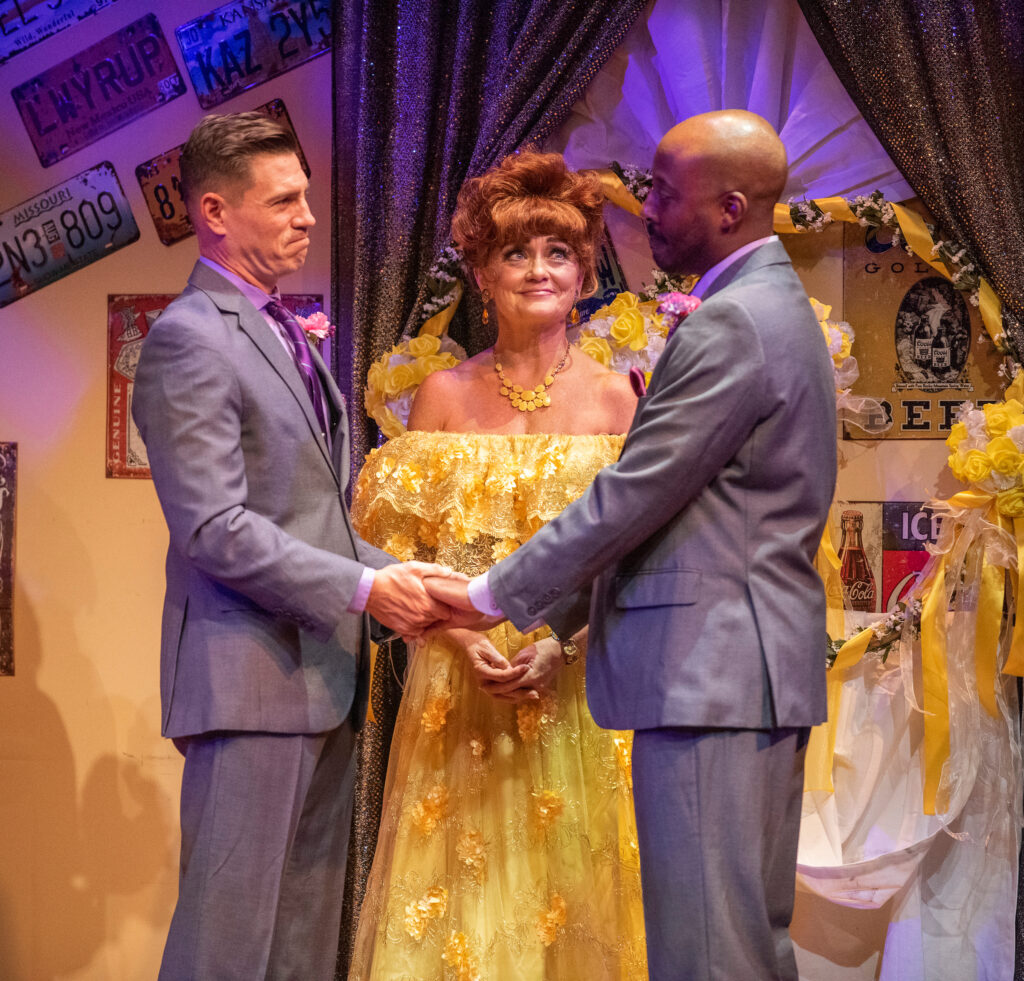