Review: ‘Hamilton’ rises up; ‘Cats’ not so much 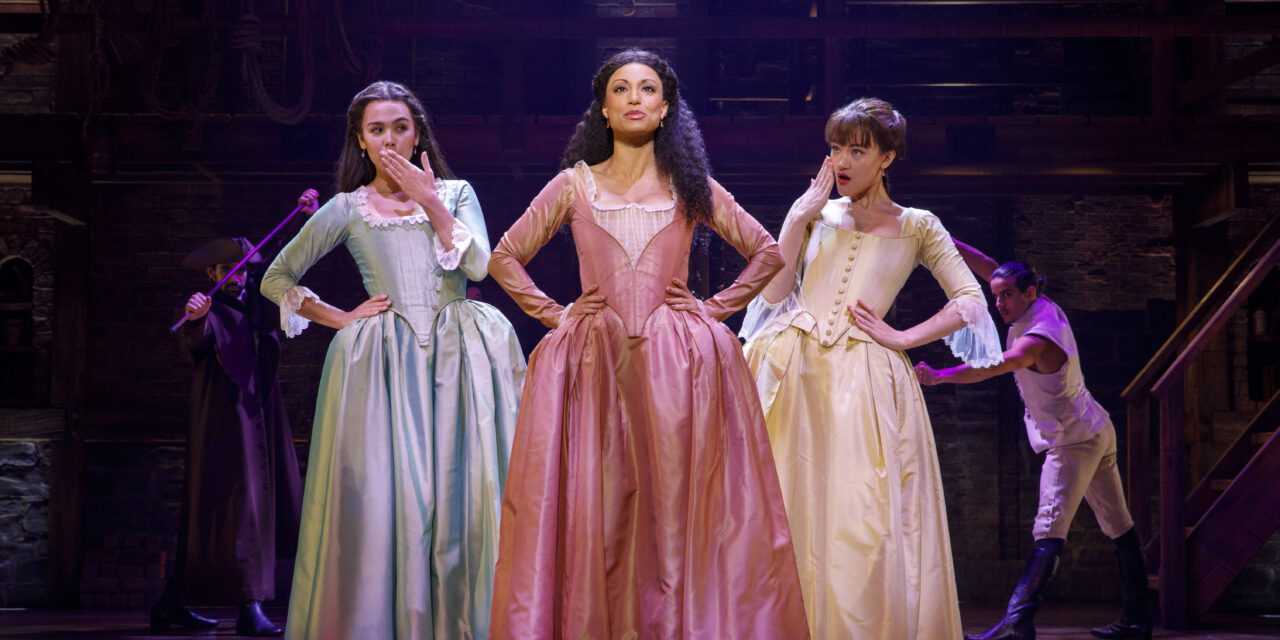 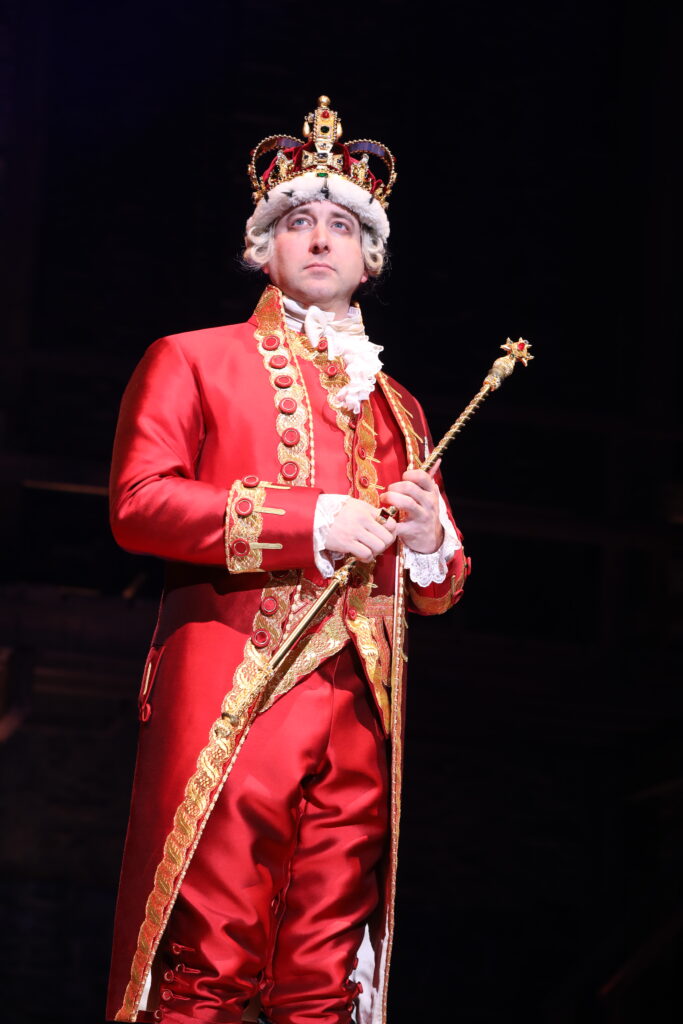 Two of the biggest musicals ever landed in DFW this week which made for fascinating comparisons. One of – if not the – biggest hits of the 80s was Andrew Lloyd Webber’s Cats which opened Tuesday for the Broadway at the Bass series at Bass Hall. The same night, the modern Broadway blockbuster Hamilton by Lin-Manuel Miranda opened for Dallas Summer Musicals at Music Hall in Fair Park. Seeing them one after the other was a mind-blowing experience.

I wondered if hype around the show had lightened with the pandemic delays but also with the wider viewing access available on Disney+. Wednesday night proved that was clearly not the case as a packed house filled all the general parking lots as well as the seats. Coupled with energetic enthusiasm throughout the numbers and character intros, Hamilton is still a hot ticket.

Hamilton gloriously lived up to the hype – still. In a modern telling of the rise of Alexander Hamilton, set to a soundtrack of hip-hop, jazz and classic Broadway tunes, the show was a marvel to watch.

The choreography and staging are intensely concise but work as an organic being always in motion — even in its stiller moments. Amid all the movement, actors are rapping at breakneck speeds or delivering soulful vocal runs. All those components were infectious immediately when the first actor appeared onstage and the audience roared for the first of many times. With that tone set, the show delivered strongly on performance and storytelling.

At the center of it all was Edred Utomi as the titular character. His gravitas and even comic timing gave the character layers of complexity. The wondrous part of his performance continued when he’s not singing. Utomi did so much silent acting that I felt him thinking as Hamilton when Thomas Jefferson (David Park) or George Washington (Paul Oakley Stovall) were having their say. Particularly the way he registered emotion with his wife Eliza (Zoe Jensen) was prodigious.

Hamilton was certainly an intriguing contrast to Tuesday night’s Cats.

Reviewing this show is an uneasy task. I feel like that North Dakota food writer who reviewed the Olive Garden. Like that restaurant, Cats just is. The show is a big part of the Broadway musical continuum and there you have it. 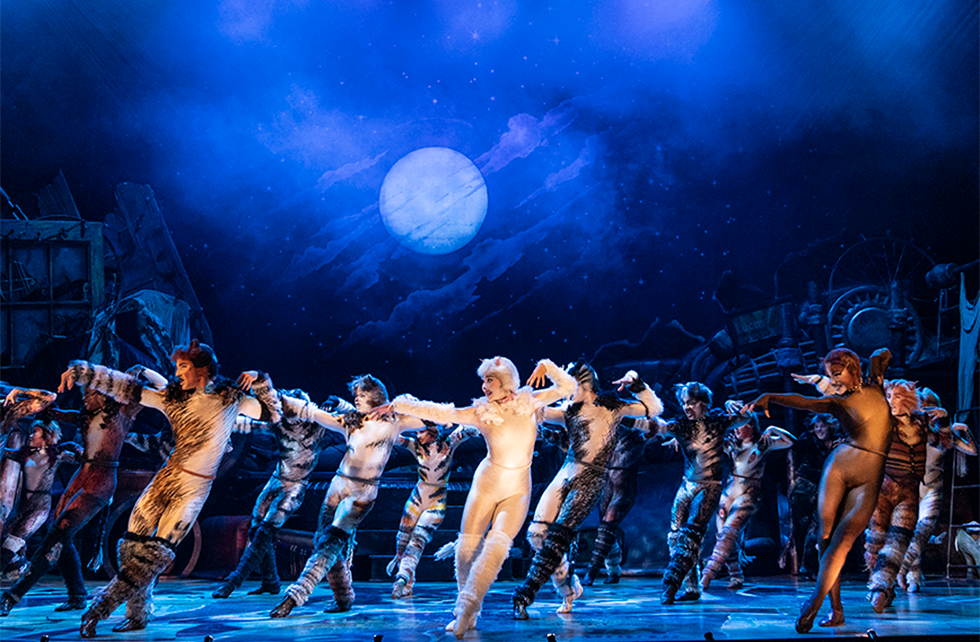 I have never seen the show so I had that going for me. The thing is, as a show, Cats was rather ridiculous. All these cats gather for the Jellicle Ball to see which one will be named to be reborn (whatever that means). Getting to the end, songs primarily introduce each cat and its particular personality (“The Old Gumbie Cat,” “Gus the Theater Cat,” “Macavity, the Mystery Cat”). There’s no real arc to the show other than “The Invitation to the Jellicle Ball” which explained the gathering to the finale “The Ad-dressing of Cats.”

Thus, the show was particularly frustrating as a story. We meet all these cats that we kinda know won’t matter in the end. And for all of its whimsy and simply, people dressed as cats, there is no humor in the show. It’s hardly drama, but the laughs were quite minimal.

What saves the show is how beautiful it is in all its aspects. This tour has been injected with modern lighting and new choreography. Unable to compare it to previous versions, Cats was a sensational explosion of lights and color. The show constantly felt like a moving painting.

The dancing was equally delightful. The show definitely veered toward some classic and even dated choreo, but there was a balance of modern movement that gave it some added punch. The athletic grace was stunning to watch especially with everyone in form-fitting catsuits.

The centerpiece of Cats is “Memory” which did not disappoint thanks to Taylor Harris’ Grizabella. She belted that number with a profound delivery that made it her own. She delivered it twice in both acts, but was more stirring in the second as the story began to conclude.

“Magical Mister Mistoffelees” was the one other number of note. In a show filled with showstoppers, this topped them all. As Mistoffelees, Paul Giarratano’s fabulous character was a joy to watch prance and dance throughout the stage with his lighted jacket and diva poses.

Cats was fabulous in terms of its looks and dancing. It’s like what I imagine a Pride parade in heaven would look like – if only it had a story worth telling.

Perhaps there’s no point in mentioning or pondering this, but Cats really just had me asking “Why was this a story that needed to be a musical?” I’m unable to think if any show like it has happened since. In turn, Hamilton was a story you didn’t know you needed and may have ignited a new approach to theater in the future. The side-by-side displayed the evolution of Broadway or musicals in general and yet both will forever be pillars.