REVIEW: ‘Come From Away’ charms as a theatrical act of kindness 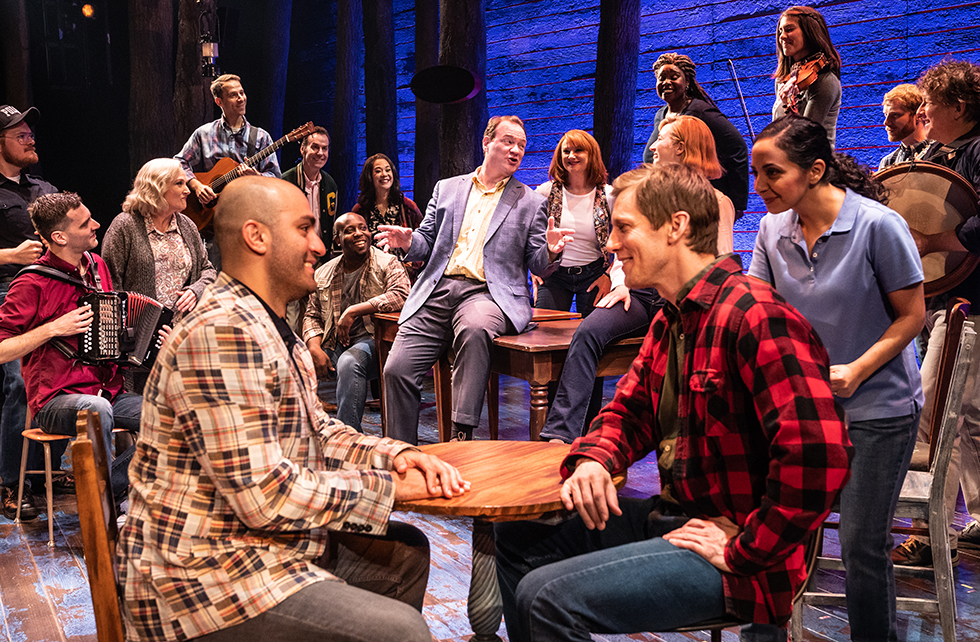 FILE PHOTO: ‘Come From Away’ opened the Broadway at the Bass season in Fort Worth. (Photos courtesy Bass Hall)

Twenty years ago, the country was reeling from the aftereffects of the 9/11 attacks on the World Trade Center and the Pentagon as well as the crash in Pennsylvania. Those of us here at home had a mixed bag of feelings: anxious, fearful, neighborly, united. But Come From Away spins a musical tale about those Americans who weren’t here when it happened and found themselves in a middle-of-nowhere town in Newfoundland. While harrowing, their experiences were certainly different.

A musical about 9/11 doesn’t sound quite like a fun time – or at least it’s a hard sell. But writers Irene Sankoff and David Hein did just that crafting a show from the true story of these American refugees. Upbeat and heartfelt, Come From Away is that diamond in the roughness of tragedy.

The 2017 Broadway musical opened the new season of Broadway at the Bass and Tuesday’s opening night hosted a packed house. People were ready for theater even clapping at the opening announcement over the speakers prior to the quick follow-up of the opening number “Welcome to the Rock.”

Come From Away stirred up a breadth of emotions throughout its musical numbers and 90-ish minute show without intermission. The energy was upbeat as the audience met the residents of Gander, a small town of 7,000 in Newfoundland. When they discover “38 Planes” will be landing, the town rallies to collect food, shelter and “Blankets and Bedding” for the number of people that are about to double the population. These set the tone for the rest of the show.

The story and songs may have sometimes swung a bit too sentimental or catchy. Moments that were more tender or melancholy were perhaps easy to forecast. All of that though was hardly a problem. In some ways, Come From Away reminded sometimes of the hokeyness and innocence of Oklahoma but that heart was there nonetheless and the show defied anyone to not join the ride.

The cast of 12 played all the parts in a range of dialects which was a remarkable feat. Staging remained fairly minimal but still evoked a sense of place through lighting, chairs and a couple of onstage doors.

In a preview interview last week, actor Jeremy Woodard talked about how tight the show was. This was no lie. The precision each actor had in blocking or onstage costume change or switch of character was astonishing and marvelous. Add to that some complex choreography for big dance numbers like the sensational “Screech In.”

The final bow was a joyous moment across the venue, but stick around for the band’s final bow. That’s the clincher.

Although based on a true story, Come From Away was less historic and more a celebration of humanity. The value of selflessness and hospitality back then hits home now when people are so divided.  Perhaps the show reminded us of what we could be in the face of a tragedy, but also what’s lost. The appeal of Come From Away was its optimistic musical numbers and its humor but also it was a reminder of how easy it is to be kind and the legacy it can leave.

Come From Away runs through Oct. 24 at Bass Performance Hall. For more information or tickets, visit BassHall.com. 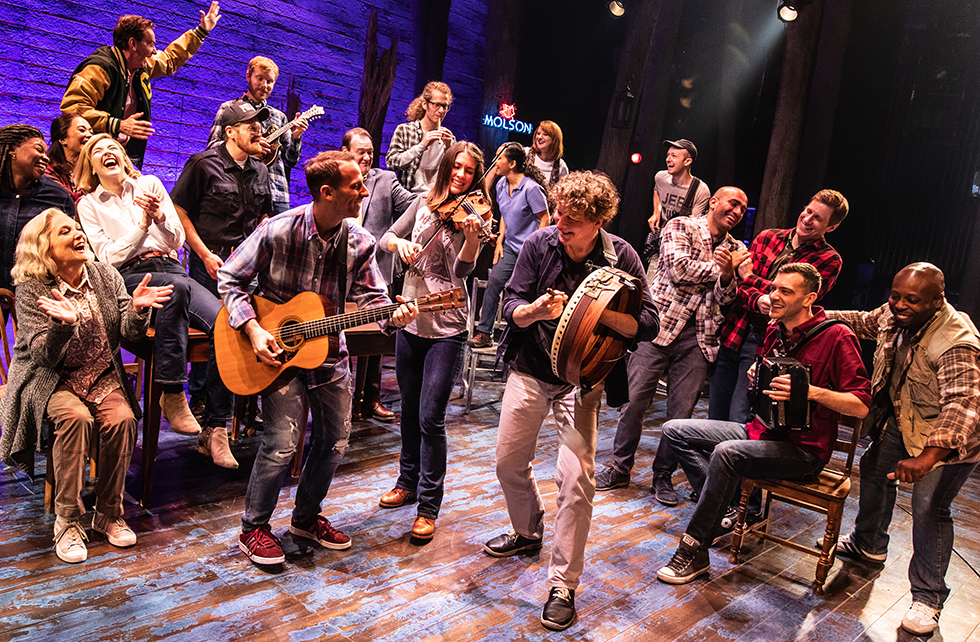 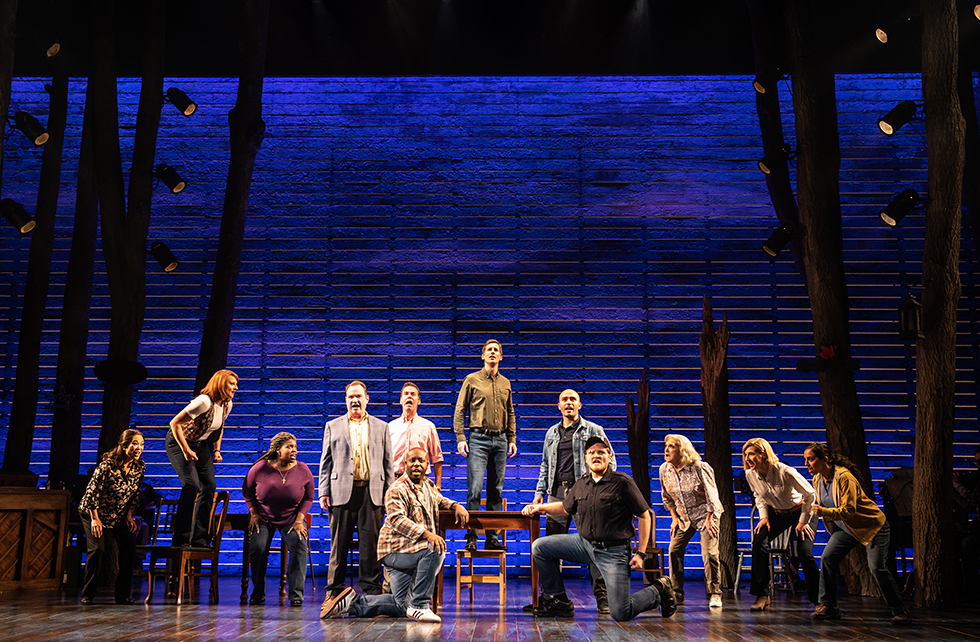 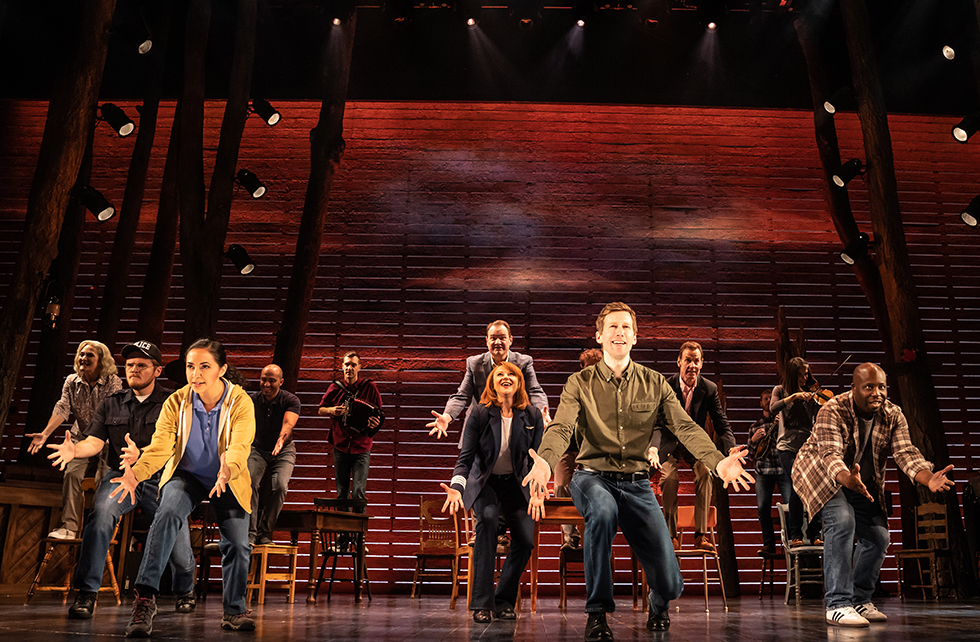