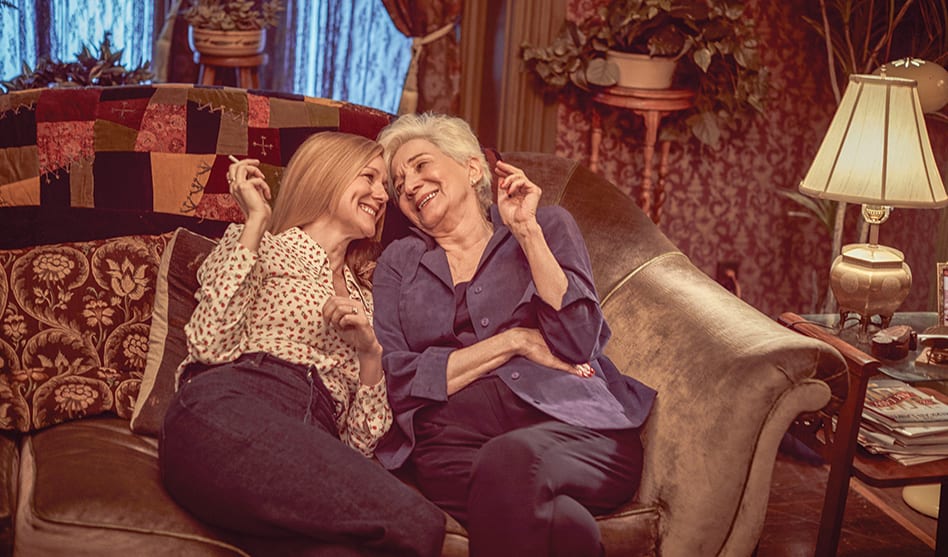 A welcome homecoming: Olympia Dukakis and Laura Linney reunite for a fourth time to tell more ‘Tales of the City’

We get all excited when a former long-running sitcoms like Will & Grace or Roseanne gets revived by the same network years later, but the television journey of Tales of the City is more amazing by half. Over four miniseries on three platforms (PBS, Showtime and now the streaming service Netflix) and 26 years, the loves, tragedies and antics of the residents of 28 Barbary Lane in San Francisco have done more than just generate melodrama as a kind of queer Melrose Place. No, the collection of episodes has dramatically and sensitively chronicled the queer experience, from sexual liberation through the AIDS crisis into late middle age, as no other work has with such frank accessibility.

When the initial Tales of the City was broadcast on PBS in January of 1994, sodomy was still illegal, same-sex marriage was a laughable idea, and Will had not met Grace. Yet it featured full-frontal male nudity, gay men involved in leather and kink and drugs and annoymous sex, set in an era (1976) before anyone knew what AIDS was. It was both racy and innocent; it captured that lightning-in-a-bottle cultural moment when San Francisco represented a queer Camelot — a sexual utopia that simply could not be sustained.

We live in a new world now, so the idea of gay sex and nudity piped into our homes for mainstream consumption seems less radical, and the current 10-episode installment of Armistead Maupin’s Tales of the City has a slight been-there-done-that quality. But only a slight one. It addresses PrEP and sero-discordant relationships; gender fluidity and being openly trans; heteronormative constructs like having kids and getting married are part of the cultural wallpaper, even if not universally agreed upon.

Maupin’s stories have always trafficked in an air of mystery. The first two series especially conjured Hitchcock (especially Vertigo, which was set in San Francisco).

This one does the same — a gimmick that can seem a little soap operatic and cheesy, but the needle-threading of Tales has always been how it deftly skirts the razor’s edge of melodrama and saga.

There are some jarring disconnects between this iteration and its relationship to the prior ones. Though set in the present day, the timing doesn’t quite match up — everyone is about 15 years younger than they should be. (Over the four miniseries, the actors who portray Mouse — the acknowledged alter ego of author Armistead Maupin — have gotten progressively younger.)

But there’s also the presence of Olympia Dukakis as the magical Anna Madrigal (now 90 and all but beatified as Queer Queen Gaia) and Laura Linney as Mary Ann Singleton, the perpetually uncool-Midwesterner-turned-original-fag-hag. Mary Ann has returned to 28 Barbary Lane for Anna’s birthday and to visit Mouse (Murray Bartlett) and his new boy-toy Ben (Charlie Barnett); she incidentally reconnects with the adoptive daughter (Ellen Page) she abandoned 23 years earlier to pursue a career, and decides to stick around. The reunion of these amazing actresses (as well as the new ones, including Garcia as the confused trans man Jake) is reason enough to rejoice.

All 10 episodes will be available for streaming on June 7; I had access to all of them, but didn’t binge through them all in a frenzy. I’ve stretched them out, allowing an episode or two to simmer before moving on. I’m in no rush to get to the end. When you miss your friends, you want your final moments together to linger.