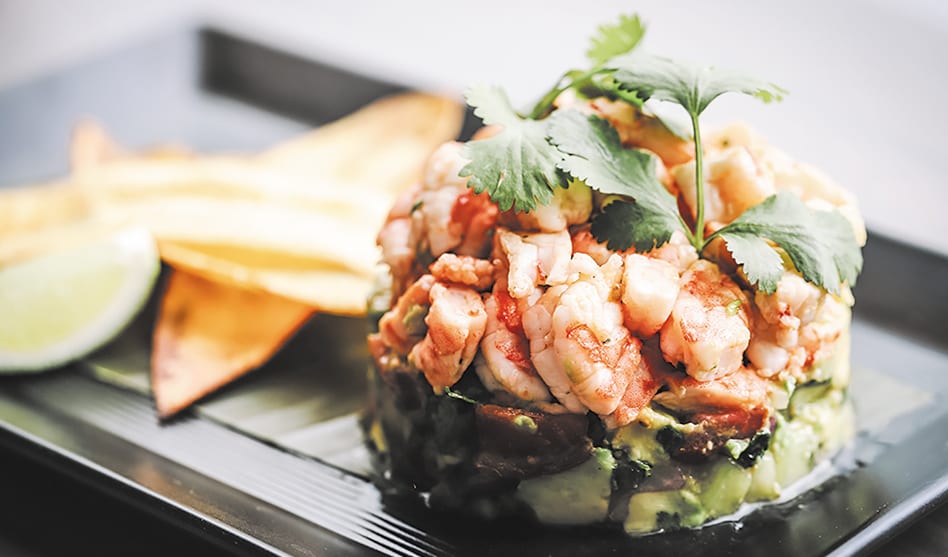 The ceviche Punta Cana at Miriam.

New restaurants pop up in time for sunny weather

Spring is a busy time for Dallas restaurants, with the sunny weather making it conducive for patio seating and cooling beverages. Here are some of the recent openings to check out in your food expeditions.

When restaurateur Shannon Wynne closed Lark on the Park last year, he promised a new concept built around a hand-picked chef, and a few weeks ago he delivered. Miriam Cocina Latina is named for its ebullient executive chef, Miriam Jimenez, who cut her teeth on Mr. Mesero and other high-end Tex-Mex spots. She offers seemingly traditional items like combination plates, but with some quirky gourmet touches (queso turned green with the addition of spinach and avocado), as well as elegant entrées and tequila-and-mescal-forward cocktails.

Over in South Victory, Hero, the sister concept of HG SPLY CO., has opened for dinner and drinks. Culinary director Danyele McPherson designed the menu for the 540-seat restaurant. 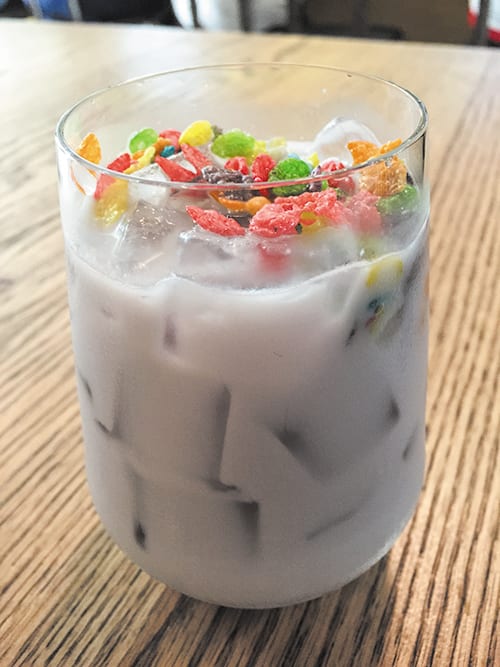 There been a lot of turnover lately in Deep Ellum, and the corner of Elm and Malcolm X is a hotbed of change. On the northeast corner, Off the Cuff has replaced Junction Craft Kitchen, which shuttered about a year ago. You probably wouldn’t recognize it, though — the interior is far more bar-centric, and it exudes the warehousey vibe Deep Ellum is known for. Best news? Happy hour is Monday through Friday from 5 to 8, including $4 wells and half-priced food. Catty corner to Off the Cuff on the southwest corner is Bitter End, which replaced Idle Rye. Like its predecessor, it’s a gastropub-ish oyster bar with shareable bites like chicken sliders and lobster rolls.

Flower Child has opened a third location at Preston Royal. The brand serves health-conscious dishes, including vegan, gluten-free and organic dishes that are customizable.

The Biscuit Bar opened its first Dallas location this week, a year after the Plano location, because it’s a popular spot not just for breakfast, but lunch, dinner and late-night. The Southern-style concept serves biscuits of all kinds, whether on their own, dipped in egg for a French toast variation, in a spin on chicken-and-waffles, or as traditional sandwiches (pulled pork, burger) with a biscuit twist. In addition to kitschy décor (the bar resembles a farmhouse kitchen), the menu puts a spin on dishes like a bowl of cereal with an adult edge: Basically white Russians dusted with Fruity Pebbles or Cinnamon Toast Crunch. The new location is across from SMU.

San Martin Artisan Bakery & Restaurant, located in the heart of Uptown, is another not-just-brunch brunch place. It opens for breakfast at 7 a.m. each day, and stay open until 9 p.m., with an emphasis on baked good and many brunchy items, but by no means exclusively. The McKinney Avenue location (in the spot where the MAC used to be) is the first U.S. shop of the Guatemalan concept, which has been popular in Central America for more than 40 years.

Tulum on Oak Lawn has injected some Mexican specialties into the gayborhood. Chef Nico Sanchez serves up elegant proteins like lamb chops, octopus, beef tartare and salmon in lush presentations.

Dallas Pride isn’t the only longstanding event that has moved its time. Taste Addison, which previously had been in early May, bumped its weekend event to the first weekend of June for its 25th event. It actually begins May 31 for an evening session, and is open all day Saturday and until 6 p.m. Sunday. Right on its heels will be the 33rd incarnation of Taste of Dallas, which is now at Dallas Market Hall June 7–9.