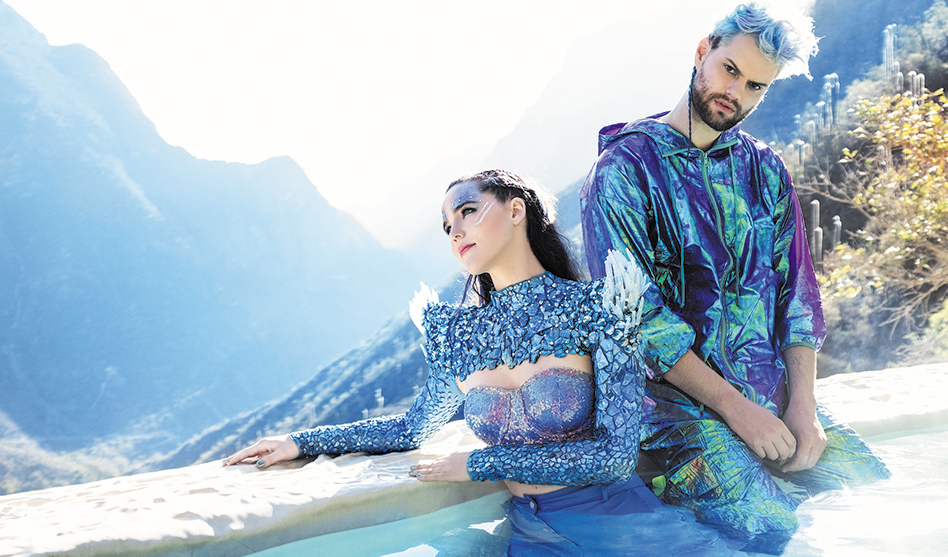 The musical duo of Sophie Hawley-Weld and Tucker Halpern — known as collectively as the band Sofi Tukker — creates club music at its best. Beginning with “Fuck They,” the twitchy first song from their 2018 debut Treehouse, almost every one of their tracks contains a multitude of joyous hybrids: swirling clouds of symphonic ’70s disco grounded by big ’90s bass drops; unexpected rhythm switches paired with squirrelly little arpeggios; Latin beats intertwined with sing-song melodies. It could all melt down into a glob of musical muddle, but instead, it all works. The disparate parts live in harmony…. But one part of that harmony might involve completely distorted vocals.

Considering the infectious joy the pair seems to take in creating and sharing their music, living in harmony seems to be part of the package. That continues in their most recent output, Dancing on the People, a six-song EP equal parts utopian silliness, Factory-era nods and dance floor bangers.

“We love it so much,” Halpern says. “There is a range of so many different kinds of moods on the EP, but it’s all definitely a dance party.”

Indeed. Dancing on the People kicks off with “Swing,” which builds from a crisp string into a groove buoyed by Hawley-Weld’s straightforward melody (sung in Portuguese) and a jagged beat. Each tempo change carries with it a textural change as well — drums drop out and return, say, or a dramatic pause provides the transition into a new verse. 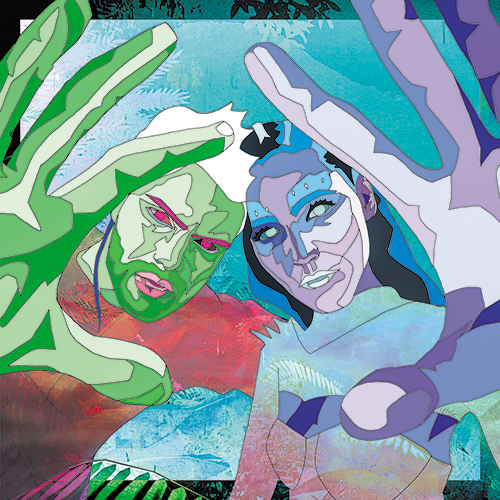 The kooky lyrics belie what is to come: A sophisticated song built of intricate parts and references, with an undeniable head-bopping groove.

It turns out the lyric is actually something deeper, too. It refers to the duo’s Animal Talk events — crowded dance parties that evoke the neon psychedelic vibe of rave culture. Sometimes during their Animal Talk sets, the floor gets so crowded, Halpern has said in previous interviews, it’s like they’re dancing on each other.

“It is definitely a crazy party,” he tells me, “but the Animal Talk community is all about lifting each other up. It’s about creating environments where everyone feels free to be themselves, and it centers around the philosophy that we are all in this together.”

Perhaps due to its ’90s and ‘noughties vibe, “Purple Hat” also evokes up an aesthetic thread that made its way through that era’s club music. Much of it is open and exuberant. But some of it had an edge. Those sunny aspects are still there, but with an underlying tension, like the smile of someone who’s taken just a little too much Ecstasy. 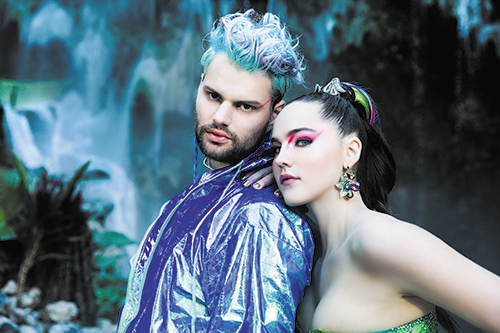 Not that that’s a bad thing. Dance music as response to, and release of, the darker sides of life has long been a defining aspect of the genre. In fact, Dancing on the People itself was borne of a hardship. In July 2019, Hawley-Weld broke her foot onstage during a show in Australia. The duo was forced to end their tour, come back to the States and regroup. It was a tough time of being much less mobile, punctuated by intense hours of rehabbing. So with extra time on their hands, Hawley-Weld and Halpern went into the studio, resulting in the six songs that make up the new disc. And now they are back on tour, including a stop in Dallas at the Granada on Tuesday.

“Harder times are a huge part of what makes us so determined to make bright music,” Hawley-Weld says.

It was an even more serious situation that brought the pair together in the first place. In 2011, Halpern was a rising star on the Brown basketball team. He earned All-Ivy honorable mention honors, and he was considering a push to possibly aim at an NBA career. But he also found himself plagued by intense fatigue. It only got worse, even as his play on the court turned him into a star. He ended up bed-ridden for eight months. A doctor finally told him he had a severe strain of the Epstein-Barr virus.

His playing days were over.

He bought a little drum machine the very day of his diagnosis and channeled all his energy into music. During one of his DJ gigs, he met Hawley-Weld, who had just performed some of her own songs. They had instant musical chemistry, and Sofi Tukker was born. (Although both members are straight, they take their name from the saucy, campy Vaudeville and radio star Sophie Tucker, known as “the last of the red hot mamas,” and have a large queer following).

“Injury, sickness, loss, heartbreak or otherwise,” Hawley-Weld says. “They make us want to celebrate and enjoy life, because we can’t take it for granted. We love to escape in music and we have both let music bring us out of hard times many times before.”

That ability to connect, even over the hard stuff, may be why the pair enjoys such a special connection with their audience — from smaller DJ sets to live shows at giant festivals.

“It’s everything,” Hawley-Weld says of the vibe between them and their fans. “We give everything we can on stage and it’s an amazing feedback loop, we end up feeling physically tired but so nourished after shows.”