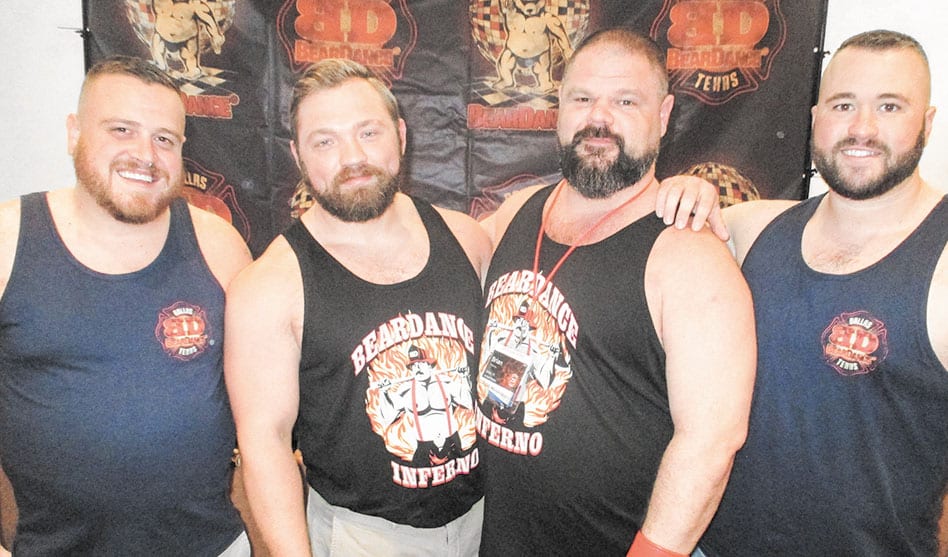 Bears began arriving from around the world for TBRU on Thursday, May 31, at the Hyatt Hotel downtown. (Chad Mantooth/Dallas Voice)

At least 1,500 hirsute and hefty men are gathering in Dallas this weekend for Texas Bear Round-Up 23: Station 23, the annual event that raises fun and funds for “bears” and their friends and fans from around the world.

Organizer Wayne Davis said attendance is down a little this year, since the event has been moved a couple of months later in the year, due to scheduling conflicts at the hotel. This year’s date, he said, is in conflict with some Florida bear events, Gay Days at Disney and some early LGBT Pride events. 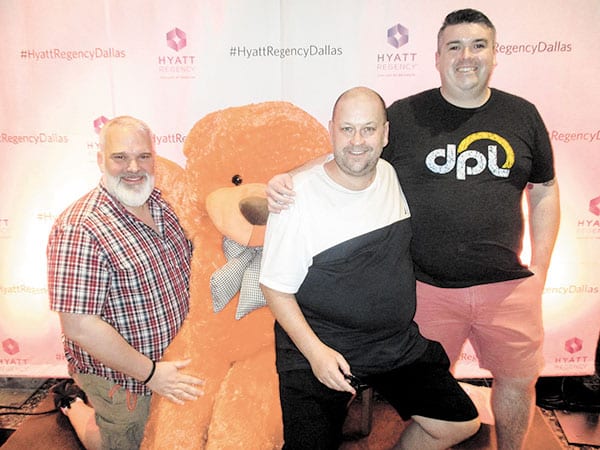 This is TBRU’s second year with the Hyatt as its host hotel. Last year, Davis explained that organizers were able to secure a four-year contract with the elite downtown hotel — giving the event a chance to have a single host hotel large enough to host all the non-nightclub events and house all the folks coming in from out of town.

But the scheduling conflicts last year and this year meant TBRU had to be moved to late May/early June. Next year, though, the event returns to its traditional time and is set for March 14-17. For those who like to plan way ahead, TBRU 25, in 2020, will be held March 12-15.

TBRU, organized each year by Dallas Bears, is one of the community’s largest fundraising weekends. This year’s beneficiaries will be the Greg Dollgener Memorial AIDS Fund, the Sharon St, Cyr Fund and AIDS Interfaith Network/AIN.

This year’s event is again centered around the host hotel, Hyatt Regency Downtown, and reaches out into the gayborhood for events at various LGBT bars. Events started earlier in the week — including the Official TBRU Early-Bear Party on Wednesday at The Round-Up Saloon and the Fireman’s Ball and Fireman/Rescue Costume Contest on Thursday at the hotel.

But the weekend gets underway in earnest tonight (Friday, June 1), with BearDance: Inferno — in keeping with this year’s fireman theme — at S4, 3911 Cedar Springs Road. It will feature drag performer Varla Jean Merman and rapper Cazwell along with DJs Decoding Jesus, New Dad, John LePage and Ryan Tiffen. The fire starts at 8 p.m., and admission is $25. 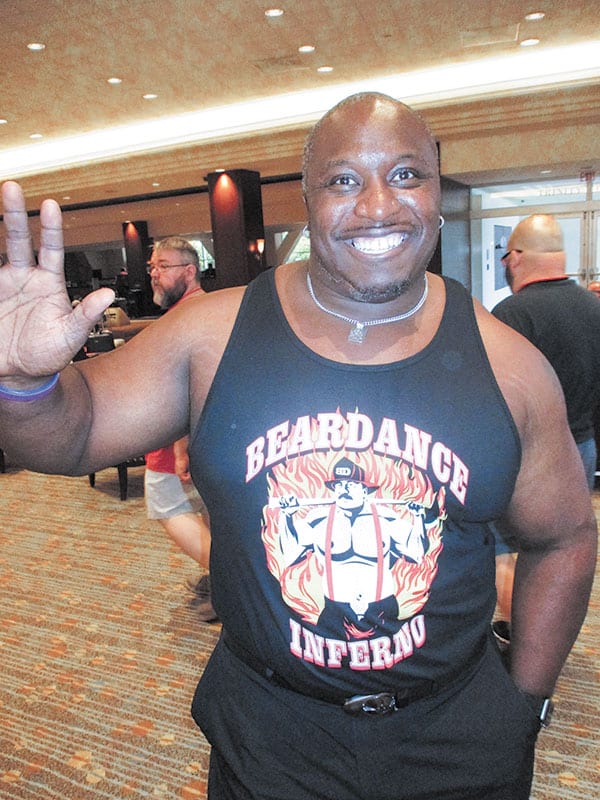 Tickets are still available, and the show is open to the public.

The show will be followed by a book-signing and photo-autographing session by Lady Bunny.

Saturday winds up with a TBRU Underwear Auction at midnight in the hotel’s Marsalis Hall B.

The weekend winds up on Sunday with the TBRU Big Texas Barbecue and Closing ceremony, starting at noon at the Round-Up. Then the Official TBRU After Party — Double Trash Disco, TBRU Edition, with DJs Blaine Soileau and Perry — runs from 5 p.m. to midnight at Dallas Eagle.

Throughout the weekend, the Chill Lounge — offering board games and conversation in an alcohol lounge — and the Video Game Room will be open in Cumberland K and Cumberland L at the hotel, and there will be meet-and-greets, socials, happy hours and more scheduled at the hotel and bars around the gayborhood, including Round-Up Saloon, S4, Dallas Eagle and Hidden Door.

And Davis stressed that while TBRU is designed with bears in mind, “it’s not just for bears. We have all kinds of people and their admirers that come for the weekend. They come because it is fun, and because it’s for a good cause. … It’s a family reunion for bears all over the country.”
Other notes to remember over the weekend:

Look for the “Trinity Crossing” signs for the outdoor patio area that leads you to the bus staging area just outside the main lobby of the hotel. Shuttles will stop at Round-Up Saloon/S4/TMC, Dallas Eagle, the Hidden Door and the Hyatt.

• Attendees are reminded to always wear proper attire in the hotel public areas.

• Those interested in adding an Excsion
to their itinerary at the last minute can check the loading bus for additional space. Unclaimed seats will be made available to those waiting on standby at 10 minutes before the posted depature time, and no refunds are given tothose who arrive late or miss the bus.

For a complete schedule of the weekend, visit TBRU.org. For a digital copy of the schedule, more information, details and announcements use the TBRU Digital App, available at https://my.yapp.us/TBRU23.