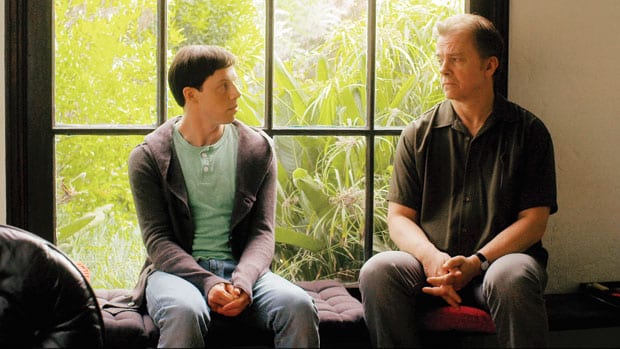 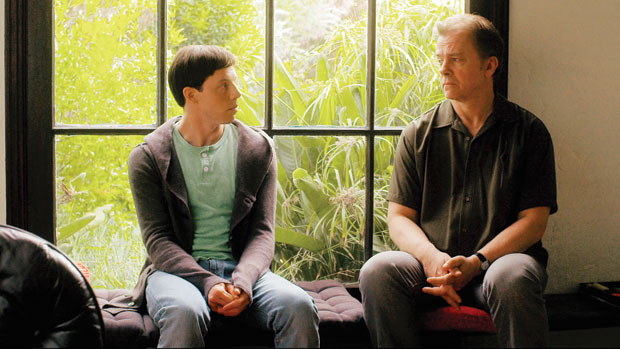 Sam’s (Michael O’Keefe, right) career is in the toilet. Once an acclaimed graphic novelist, he’s been gripped by writer’s block that sees his wife becoming the breadwinner and his agent threatening legal action. He knows he’s in a rut, but like most ruts, doesn’t have a clue about how to extricate himself from it.

But when a gay couple — type-A Paul and twinkish househusband Jeff (Blake Bashoff, left) — move in next door, Sam finds a new project to occupy his time. Only why is he hanging out so much with Jeff?

Finding Neighbors is the kind of film festivals were designed for: Personal, quirky and hard to pigeonhole. Is it a comedy that eschews punchlines, a drama with a light touch, a dramedy, a slice-of-life or a …? Well, it’s exactly what Ron Judkins wants it to be.

Judkins — a two-time Oscar winner for his work as a sound designer on Spielberg films — goes anti-Spielberg with this feature, only his second as a writer-director (and first in 15 years). His exploration of an unconventional relationship rings true, with O’Keefe and Baskoff delicately navigating the waters of a new friendship with sensitive authenticity, and without becoming maudlin or trite. It’s really a movie for the new millennium, one where two men — one gay, one straight — interact on a human level irrespective (but aware) of their differences. It wears its tolerance and bromantic nature not as a badge of honor, but as a color of the rainbow.