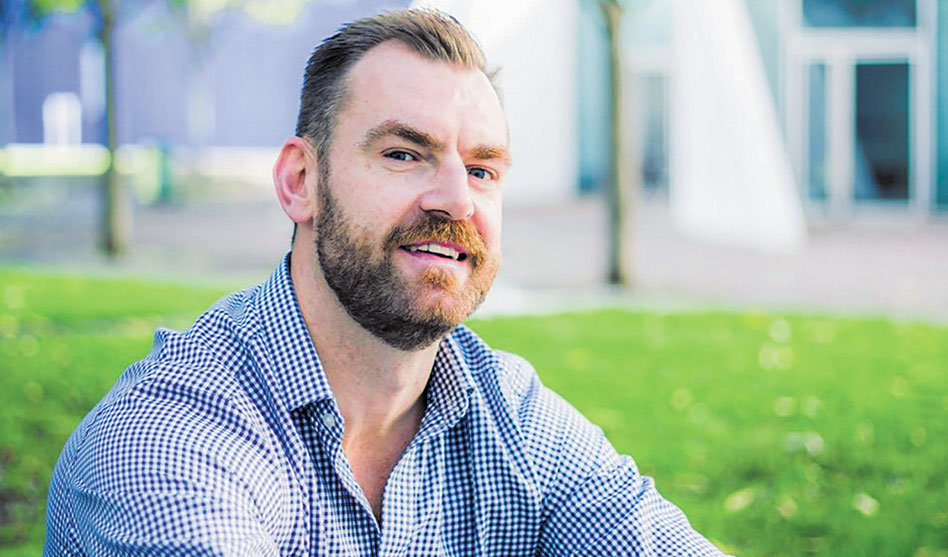 Most banks avoid issues that affect the lives of LGBTQ people

After Resource Center’s Leslie McMurray transitioned, she tried to close an account she had with her ex-wife. “We were divorced, and I didn’t want to be responsible for her charges,” McMurray explained.

But because McMurray’s new identification didn’t match what was on file with the bank, the bank officer wouldn’t close the account, telling McMurray that her ex-husband would have to close it instead.

More confusion followed when the bank official realized the ex was a woman, especially since this happened in 2013 — pre-marriage equality.

McMurray said she didn’t keep her old ID, but even if she had that wouldn’t have worked. She had a different address, and would have only looked like the sister of that person pictured on her previous ID.

After McMurray got remarried, she and her new wife decided to open a new joint account. By then, McMurray had a credit history, but her wife had none. All that came up under credit history for that social security number was for her dead name. They did eventually manage to open their new joint account, but only after outing themselves to the bank employees.

Now Rob Curtis came up with a solution for folks who find themselves in that situation: Daylight, the first digital bank geared specifically to the LGBTQ community.
Curtis describes himself as a “serial entrepreneur.” But the idea of a bank geared to the LGBTQ community’s needs really began with one of his first ventures. It was called Gaydar.com, and it was an early gay hook-up site. He said he saw some of the conversations going on, and, after the leather or sex talk, he said, guys would talk about a variety of other subjects. And among the odd topics that regularly came up were finances and banking.

“I realized we were hacking our way through our financial lives,” Curtis said.

Banking targeting a niche market isn’t new. In the 1990s, Dallas Gay and Lesbian Alliance opened a credit union at the Gay and Lesbian Community Center. In the end it failed because it didn’t reach enough people.

Curtis said he isn’t surprised the credit union didn’t last. Brick and mortar banks, he explained, appeal to a geographic neighborhood. To reach a community that isn’t defined by geography, online banking is the way to go, he said.

And just catering to the LGBTQ community? Other online start-up banks are targeting the Black and brown markets, disability community and Asians. So why not an online bank for LGBTQ people.

But who’s backing these ventures and why? Citibank has signed on as a backer for Curtis’ venture, and Curtis said other major banks are close to signing deals with the company as well. They already know they’re not reaching these niche markets in the same way they’re reaching straight, white people, he said. So, his bank is an appealing opportunity.

Does a company like Citi do more than most to accommodate trans customers? Sure. They’ve had the right policies in place for years. But if they over-embrace the LGBTQ community, they may lose some of their conservative customers, Curtis explained.
With Daylight, “We can get super-liberal without losing much of the community,” he noted.

Curtis said he has looked into a number of ways to help trans customers. He realized that when someone transitions, they lose their entire earlier credit history. So he’s working with Experian to find ways to merge the old credit history with the new identity.

And that’s nothing revolutionary, Curtis stressed. When a straight woman marries and changes her last name to her husband’s last, her credit history is merged into her new identity. For a trans person, it’s simply one additional new piece of information: Their name has changed, and their sex has changed. Neither change has much to do with banking — just identity. But the credit and debts remain the same.

When same-sex couples marry and change their names, some banks are better about changing the paperwork than others. For Daylight, it will be as natural as it is for a brick-and-mortar bank to do a name change for a straight marriage or divorce.

An LGBTQ bank should offer products that appeal to the way the community lives, Curtis said. For example, transitioning can be extremely expensive. While other banks don’t, Daylight will offer loans to transition.

In the LGBTQ community, we form families in a number of ways, and some of those ways are more costly than others. For example, for those starting a family by hiringsurrogate, it can be a very expensive process. But Daylight can help finance those family-building expenses.

Visa knows it can add business by working with the specialty bank. Daylight customers will be able to get a Daylight Visa debit card issued in their chosen name, no matter what their ID says. That’s not something most banks will do. For convenience, the card features no required minimum balance and allows one free ATM withdrawal per month.

Curtis said he’s not looking to replace every card in everyone’s pocket. But he’s hoping to be “on top of the wallet,” meaning he wants the Daylight card to be the card people pull out first. One incentive, he hopes, is knowing a percentage of profits will go back into the community. He isn’t expecting to help fund the large, national LGBTQ organizations, but those that deal directly with some of the biggest problems faced by some members of the community — like homelessness.

Many banks hold seminars on taxation and financial planning. Daylight ran one this week for drag queens exploring such issues such as whether the tape used when getting into drag is tax deductible. (Yes, it is — along with the rest of what you wear on stage).

Curtis said he’s expecting a big roll out of the bank in August, although Daylight already has about 2,500 customers using its beta version. Anyone interested in an account can contact the bank through its website, JoinDaylight.com, and get on a waiting list. Trans customers are being given priority, since they are the members of the community facing the biggest obstacles in traditional banking.

And at this point rather than just customers who are looking to park money in the bank, Curtis is looking for customers who’ve run into obstacles in the traditional banking system and have suggestions or ideas of ways an LGBTQ bank can serve the community better than banks they’ve used in the past. In other words, he wants to hear your banking horror stories and figure out ways to serve the community better.