Appetizers worth dancing to 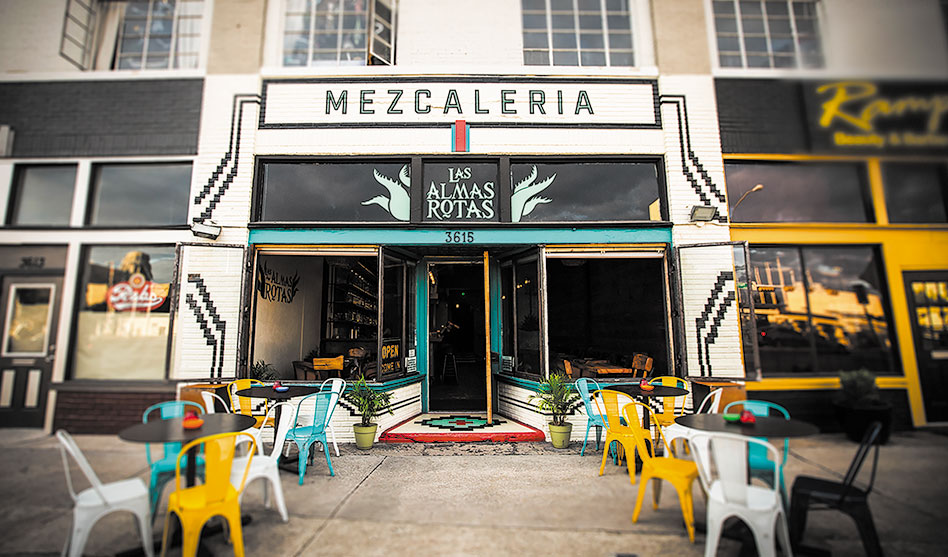 Las Almas Rotas’ entrees were overly spicy, but the appetizers made up for it

As I entered Las Almas Rotas on my recent visit, I immediately felt at home. There’s no host as you enter, which is refreshing; it feels more like you’re entering a friend’s house and making yourself at home. The bar area resembles a cantina one might see in a movie, and the bartenders immediately greeted me with a glass of water. This is what differentiates a good restaurant from a bad one: quick and hospitable service offering everything I need, nothing I don’t.

Another advantage is the large open windows that allow for natural airflow, and at the bar there are even little signs exclaiming “nope!” to remind guests to keep a safe social distance. Outside seating is also available.

The two employees working the bar were exceptionally friendly and attentive. The ambiance is warm and inviting, and they even had quality Mexican music playing, contributing to the authenticity of the concept. On display behind the bar, on shelves seemingly 20 feet tall, is an abundance of exquisite agave varietals, many of which are supplied by Bar and Garden Dallas on Ross Avenue, a local gem and my favorite spot to shop at whether I’m craving wine, beer, liquor or just a really cute necklace. 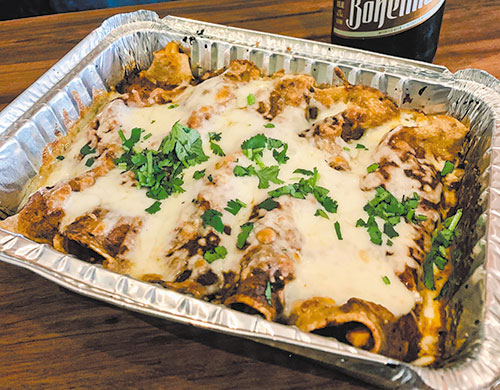 For my first cocktail, the bartender recommended I try “The Great Escape,” substituting mezcal instead of tequila for a smokier flavor. With a list of ingredients including pineapple, lime, vanilla bean and habanero bitters, it sounded perfect. She served the drink in a simple rocks glass with a nice tajin-like garnish. I took a sip and although the habanero bitters were very apparent, the drink fell flat. I requested an extra dash of simple syrup, and that carried through the flavors and created that exquisite cocktail the menu described.

I sipped on my Great Escape until my first courses arrived. These included pork belly chicharrones, chips, guac and salsa verde, as well as the esquites, their take on elote. I waited a while for it to arrive, but I don’t necessarily consider that a bad thing, since quality dishes take a bit longer to prepare.

I started with the chicharrones — perfectly fatty, savory and salty, with limes to squeeze on them. They were so delicious I could have made a smoothie out of them. Next, the esquites, which was perfectly balanced. I’m not usually one to go for elote type dishes, but I would serve this at my wedding just to eat it while I dance to Selena.

Then came the chips, guac and salsa verde. Guacamole is sacred to me; it’s one of the few dishes which tells you more about the chef than their full resume does. Avocado is already fatty, so simply adding the appropriate amount of salt and acid is what makes it enjoyable. This guacamole was especially delectable, a rarity in Dallas restaurants. The salsa verde was fresh and also well balanced; it tasted like dipping a chip into a garden of greens. I couldn’t have been happier with these first courses.

Then came my entrees. Unfortunately, I was very disappointed by both.

The first entree, chicken enchiladas, a staple of any Mexican menu, was way too spicy. For the record, I’m Mexican; I grew up on traditional Mexican food, and my grandma’s chile is still the spiciest west of the Mississippi. The sauce used here was a “morita” chile sauce, made from a smoked, dried red jalapeño pepper, which is usually seemingly harmless compared to other fermented peppers. But this sauce was obviously over-reduced. It was plain and lacking in salt and fat. Even though the sauce threatened to overwhelm my taste buds, I could definitely tell the chicken inside the enchilada was cooked to perfection. I still had to send it back.

I also accepted the bartender’s suggestion for my second cocktail, a “Daiquiri de Mexico,” made with one of my favorite rums, Uruapan Charanda Blanco. This soothed my palette and gave me hope for the next entree.

When the carnitas torta arrived, I immediately dug in. First bite was tasty — nothing fancy, which is kind of the point of carnitas. But this dish still needed something. It came with what seemed like an avocado aioli, so I opened the torta and slathered the sauce all over it. Somewhat tasty, but still not impressive — no acid, no salt. Then came the third bite and … Fire in the hole! It was not as spicy as the enchiladas but still unpleasant enough for me to not want to take another bite.

Overall, I had a wonderful time at Las Almas Rotas. It is a quality establishment, although it does seem they may need to re-evaluate preparation methods and maybe some retraining to get the heart of house all on the same page, so that each dish is of the same high quality as those fantastic appetizers.

I know Las Almas Rotas is capable of producing delicious entrees because my first courses were perfect. And the interior design and general environment are pleasing and quaint. I look forward to returning and giving Las Almas Rotas another chance to deliver well-balanced, appetizing entrees.