DJ Lord Byron invites you to ‘Do the Hustle’ at his ‘Disco vs. Retro’ party 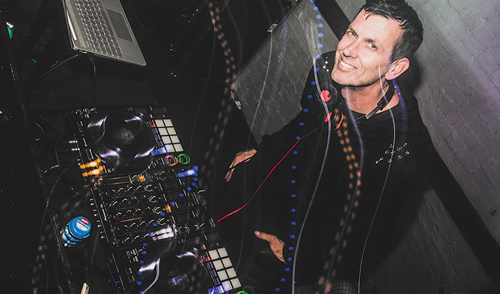 DJ Lord Byron invites you to ‘Do the Hustle’ at his ‘Disco vs. Retro’ party

Once a month Byron Laszlo takes his dancing audience on a journey back in time. He’s been doing it for almost 20 years now, but it’s a journey that, he said, never gets old. As DJ Lord Byron and the founder of the Panoptikon Party, he takes the dancefloor back to its heyday.

“I describe it as the best of ’70s disco and ’80s retro with some ’80s underground sounds,” Laszlo said this week by phone.

He’s talking about his longtime party “Disco vs. Retro,” which goes down this weekend. Boogie shoes, leg warmers and acid washed jeans are all welcome at this underground club event — a label Laszlo digs.

“I do love that,” he said. “There is something unique and special, and it feels like a true underground experience in Dallas,” he said — even down to its longtime Pearl and Elm streets location in a building that doesn’t even have a name.

So how does a party night with throwback music that has been going on for almost two decades stay fresh? 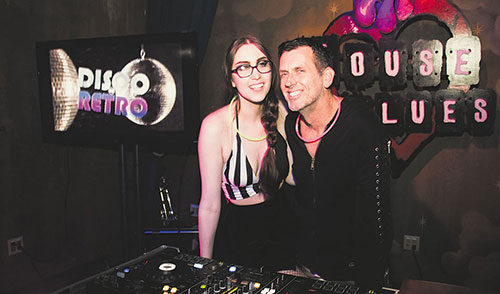 “That’s a good question,” Laszlo agreed. “I think it has evolved and because of Panoptikon, which a lot of younger people have found. They have brought their energy to DvR. Some of these people weren’t even born at that time.

“We also have these go-go dancers who approached me about dancing at the party, and they have their following. So they’re perpetuating it for a whole new audience for us.”

Panoptikon was Laszlo’s first project. It is a weekly party at the same space where he and his fellow DJs Red Vamp and Son of Sam spin new and classic Industrial, synth pop and electro tunes and which also features the team’s only male go-go dancer amid the crowd of goth, alternative fans of the event.

“He doesn’t quite respond to disco music as much as he does Panoptikon music,” Laszlo said of the go-go dancer. 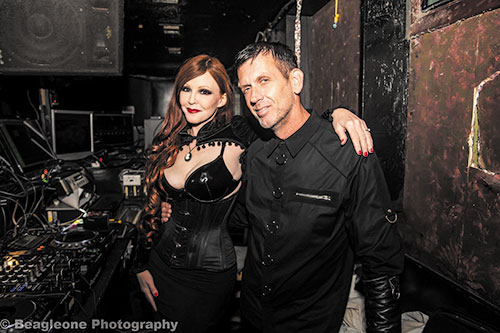 Laszlo said that business keeps the two quite busy during the week.
But come the weekend, he switches gears to his alter ego, Lord Byron.

With a number of years helming the party under his belt, Laszlo continues the dance tradition humbly. “We’re not the biggest party in Dallas,” he acknowledged. “But I’m so passionate about it, and I love continuing it. People come out, and then they message me about it,” he said.

While he does have something of an audience and big fans in the queer community, Laszlo said that there is a bit of disconnect between his party and the community. A big reason for that is that DvR has remained in Deep Ellum or downtown instead of moving to the gayborhood.

“That’s where a lot of people will go for their entertainment. I get that,” he said. “I used to do a lot of flyers and posters before the pandemic around the area.” 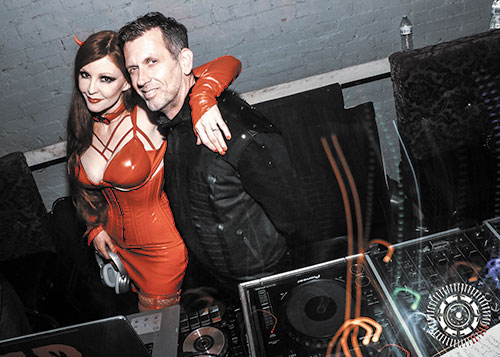 But he did have enough queer fans in 2013 that DvR was voted best theme night for the Dallas Voice Readers Voice Awards.

Laszlo understands that there are those who aren’t quite ready to get back out into the crowds – and he hasn’t forgotten those folks.

“When we were in complete shutdown, we had to learn the whole process of streaming. But that not only connected us locally, it connected us globally,” he said. “We streamed both shows, and it was just so much better than I could have imagined.”

The shows streamed on Twitch. People who want those bell bottom vibes and those who simply want a sample of what DvR sounds like can find mixes of those streams available on mixcloud.com/panoptikondallas.

For this weekend, Laszlo said, he wants everyone to boogie on down and let the good times roll: “I don’t know of any other place where you can hear ‘Xanadu’ and ‘Dancing Queen’ back-to-back on the dancefloor right now.” █