The princess and the KING

Rihanna can’t seem to get from under that ‘Umbrella’, while Cirque du Soleil extends Michael Jackson’s legacy with ‘Immortal’ 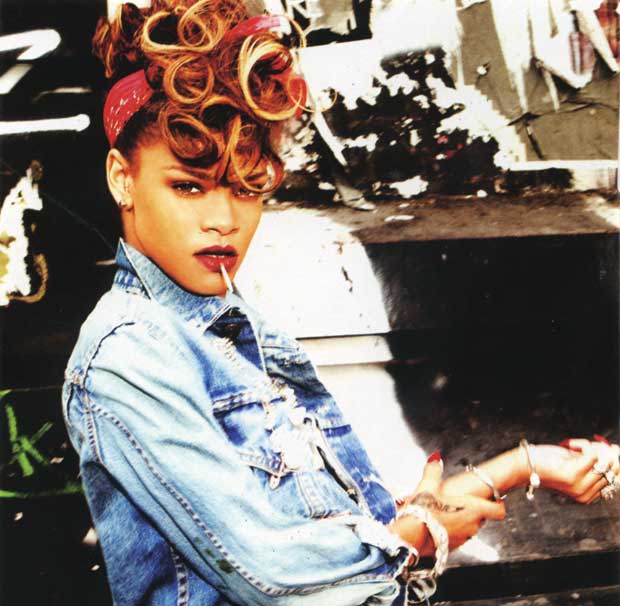 STRAIGHT TALK | Rihanna returns with her strangeways in her sixth album ‘Talk That Talk.’

Rihanna is a workaholic, pumping out albums faster than Black Friday shoppers busting out the pepper spray.

She was still finding her voice after 2009’s forgettable Rated R, but 2010’s Loud was a success.

She’s back in fine form with Talk That Talk, her new CD. But there’s more potential than perfection here; perhaps it could have been better if she took more time between releases.

Rihanna sings of naïve love with clichéd perspectives on this, her sixth album.

And while the lyrics work, the delivery doesn’t. Starting with “You Da One,“ she takes a page from Beyonce’s book a la 4.

There’s no onslaught, but instead a chill groove with some reggae touches on this decent opener. Although it instills an (unannoying) earworm, it gets messy in its structure.

Energy courses through Talk with “Where Have you Been.” It begins as a dance tune but veers into weird, house music tones. After discovering “da one,” she’s asking where have you been all my life. But producers Dr. Luke and Cirkut (Ke$ha, Flo-Rida) ruin the beat with a mish-mash of breakdowns pulling the song off its trajectory. 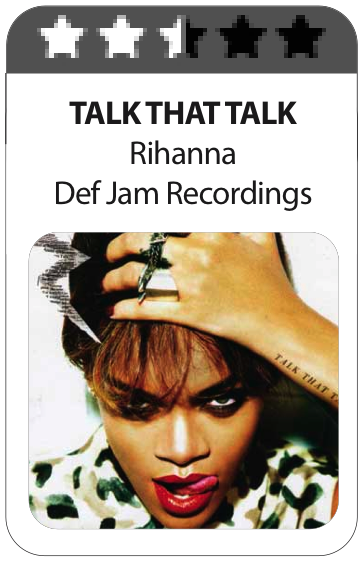 The album’s lead single, “We Found Love,” is addictively produced by writer Calvin Harris. The tone, while strong, feels like it would be more at place in the early ‘90s … but that’s not so bad. The keyboards are refreshing and even though the lyrics don’t stray far from the we-found-love-in-a-hopeless-place center; it’s the album’s strongest early offering.

Jay-Z doesn’t add much other than ego to the title track, but it’s here where Rihanna switches from blind love to an assertive woman eager to please. She submits to her lover with tell me how love to you, tell me how to hold you / I’mma get it right on the first try for you. The dancehall groove works and continues into “Cockiness (I Love It),” which leaves little to the imagination with lyrics like suck my cockiness / lick my persuasion. But she starts trying too hard, like Christina Aguilera on Bionic. It doesn’t help the song is poorly constructed.

The songs balance out Talk starting with “We All Want Love.” As straightforward pop, it adheres to a clean structure, which is a reprieve from the schizophrenia before. The lovey idealism returns more so with “Drunk on Love.” Feeling  hopelessly romantic, she’s also creepy-weird. When she moans about craving love, you think if you got in a relationship with her, a restraining order is not out of the question.

Still, the track stabilizes the album, as does “Roc Me Out,” the CD’s best track. Rihanna brings the intensity of her bigger hits. She may never have another “Umbrella,” but this one comes close.

She channels some Janet Jackson in the sexified flirtation “Watch n’ Learn,” but closes with the gorgeous ballad “Farewell.” She’s in broken-up stalker mode with lyrics like even though it kills me that you have to go / I know I’ll be sadder if you never hit the road. Talk about a no-win sitch. But it ends this chapter of Rihanna on a high note.
………………………….. 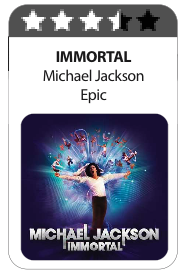 Speaking of Jacksons, Michael makes a sort of return with Immortal, the soundtrack to Cirque du Soleil’s newest Vegas-style show celebrating the King of Pop. The album recalls his work from the Jackson 5 up to 2001’s Invincible, his last solo album. (Thankfully, none of the 2010 embarrassing posthumous release Michael is in this mix.)

While the majority of the songs are still by Jackson, they have been reworked, remixed or reimagined by Rihanna producer Kevin Antunes. The double disc of 29 songs is a gloriously clean listen to some of the biggest hits in music.

Where this could easily have been an exploitation of his work (and maybe it is), it only feels like respectfully updated versions of pop classics. When Fergie and Kanye West did their remakes for Thriller’s 25th anniversary, they were almost blasphemous; here, they are merely amplified with tweaks that never take away from that Jackson hit-making magic.

The subsequent tracks of “Gone Too Soon” and “Childhood” display his tender voice in crystal clarity and are tear inducing because they remind he’s no longer here. The added spoken word could have come across as cheesy, but it works.

Immortal reads like a greatest hits with all the obvious inclusions. “Smooth Criminal” retains its power but in shorter time; the “Beat It/State of Shock” coupling is just short of brilliant; and the “Immortal Megamix: Can You Feel It/Don’t Stop ‘Til You Get Enough/Billie Jean/Black or White” belongs more on the dancefloor than onstage.

Given all the hits on here, there is a surprising omission with “Rock With You.” As big of a song as that was, it doesn’t get its own redux. But Antunes clearly has a love for Jackson and this collection lifts the singer far above any controversy or strangeness that plagued him and instead reminds of both his genius and his legacy.