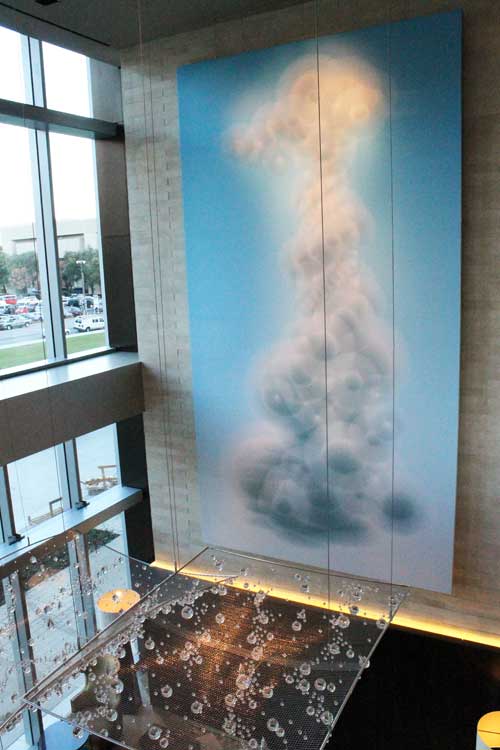 “Did you see the gay clouds?” Jeff West asks.
Of course, the clouds themselves aren’t gay — they are, at most, bi-cumulus — but West (who works with Matthews Southwest, the lead developer of the new Omni Hotel in Downtown Dallas) knows that many gay art fans will know just what he’s talking about: The massive, distinctive digital wisps that are instantly identifiable as the work of Ted Kincaid.

Thunderhead 1111 is Kincaid’s largest work to date, and it dominates the lobby of the Omni — a great testament to the inclusion of local artists throughout the property.

Art, in fact, is a key aspect in the design of the hotel; the halls are decorated with unique pieces, as are the individual rooms. In most instances, pieces are for sale. It’s probably a natural progression from being able to buy a hotel robe or slippers, but still a nice one. 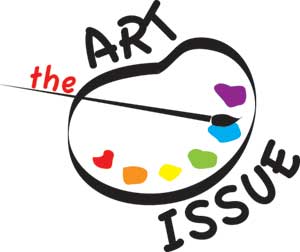 Especially because of the Omni’s attention to detail. Meeting rooms in the hotel are named after Dallas neighborhoods and landmarks (enjoy a conference in the Katy Trail room, a reception in the Oak Cliff), and the artwork reflects that, from photos of Deep Ellum to abstract paintings of Bishop Arts.

The building itself is dazzling as well, from the LED lights that decorate the exterior (but do not flood into the rooms) to the graceful lines in the Texas Spice restaurant. You can’t call it a museum, but the Omni is a gallery of a kind, and worth a tour even if you aren’t from out of town.