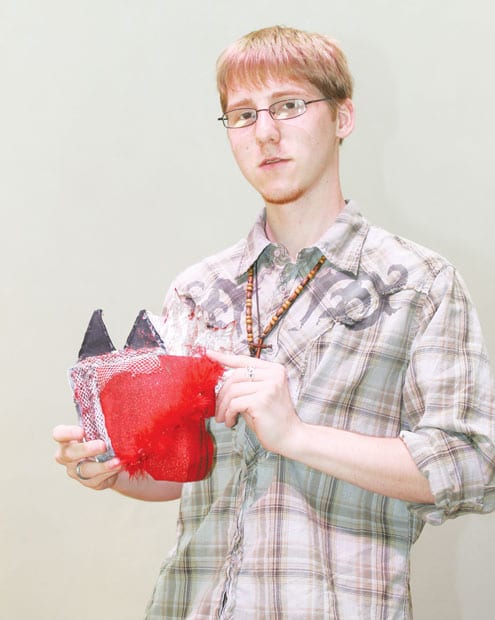 Church to open early, volunteers do hair, makeup for youth who do not feel safe at home 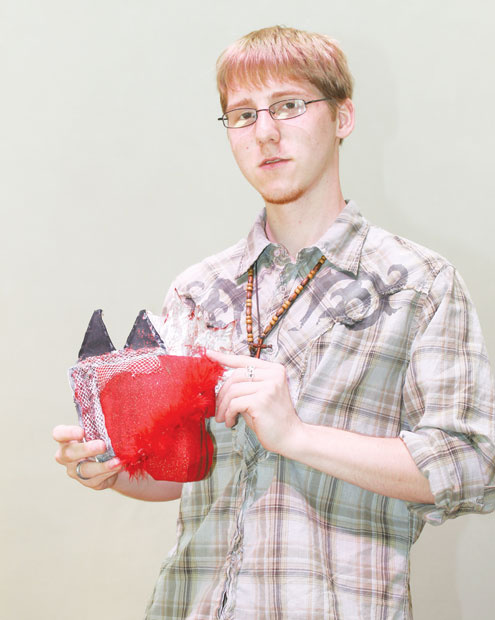 Casey Rickert went alone to his high school prom in Eustace near Cedar Creek Lake, but he didn’t stay long.

“My school was against anything gay,” he said.

In high school, Rickert was out. He said his brother and sister always knew he was gay but when his mom found out during his sophomore year, “we had to split ways.”

A teacher in his school took him in. She and her partner attend the Cathedral of Hope, and Rickert went with them and became active in youth activities.

After he graduated high school last month, he moved to Dallas where he’s living with friends. In the fall, he will attend El Centro College.

But this week, he’s helping himself — and others — enjoy the prom they missed. He’s decorating for the Pride Prom that takes place in the Interfaith Peace Chapel on Friday.

“I want to make sure everyone has a good time,” he said.

The theme of the prom is masquerade, and Rickert said the chapel will be decorated in green, gold and violet. Several days before the prom, he said he was still working on his own mask.

Klinya Lowvley, who has been attending Youth First since February, said the prom is an important event for LGBT youth.

“It gives us a chance to have that special night and be who we are,” she said.

Many schools don’t recognize LGBT youth, she said, and if they’re not recognized in school, they won’t be allowed to attend prom with a same-sex date.

Youth First and Cathedral of Hope teamed up to present this year’s prom. When the first prom was held in the 1990s, it was presented by P-FLAG and was one of the first of its kind. People attended from across the country. When its original venue, the Dallas Grand Hotel, closed, the prom moved to Southern Methodist University.

Since then, many schools have created gay-straight alliances and have welcome all of their students to their proms — but not all, as Rickert found at his East Texas high school.

Yadi Martinez is Cathedral of Hope’s youth and young adult minister who is making many of the arrangements for the prom. She said doors open at 5 p.m. for youth to get ready for the prom. Some youth aren’t comfortable or are forbidden to attend their school proms with a same-sex date.

“Some may not have a safe environment to get ready,” Martinez said. “Others may not be able to attend their school prom as their desired gender.”

Martinez said Cathedral and Youth First have made arrangements for those youth to attend. Scholarships are available for those who can’t afford to pay. Cathedral members have donated formal clothes. Hair stylists and make-up artists have volunteered their time. Others will be doing nails.

“This year we decided to go out into the community,” Martinez said.

That included inviting students from gay-straight alliance from around the area as well as residents from shelters like Promise House.

“I felt it was very important for our own youth, not just to host, but to partner,” Martinez said.

She said many of Cathedral’s youth come from churches that have told them they are going to hell and kicked them out. She said youth frequently tell her they didn’t think there was a church for them and they were condemned.

Many of the volunteers from the church said they couldn’t attend their own proms so they asked what they could do to help.

This article appeared in the Dallas Voice print edition June 20, 2014.