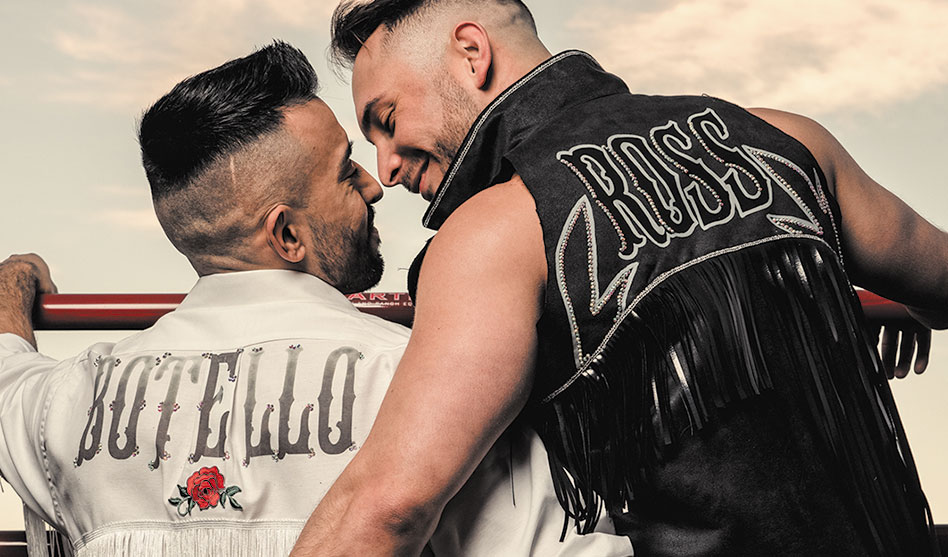 Lio Botello, 32, is one crafty queen. Actually, he is Krafty Kween, maker of baking goodies that look as good as they taste. His day job is managing a Farmers Insurance Agency, he explained, but “My second full-time job is baking and crafting for my business.” Formerly with Sugar Daddy’s, he grew up in Fort Worth.

“I lived in Hurst for nine years before finally making the move all the way across DFW to Dallas,” he said.

Botello’s former partner in business and in his personal life was a pastry chef. That’s how his career in baking began.

“Living together, I was around it all the time,” he said. “I have always been creative, and I love making beautiful things. I was assisting most of time [at Sugar Daddy’s], taking care of all of the marketing and social media for our business, and I slowly just taught myself to do more and more.” 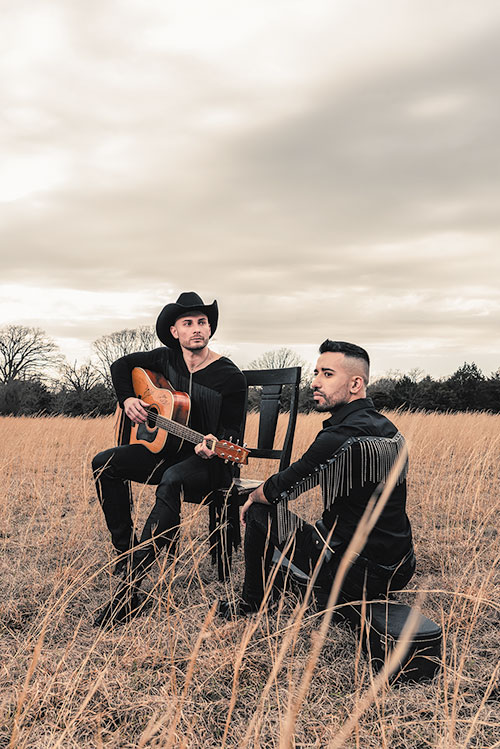 He’s been baking as a lead and solo baker for almost a year now after assisting for almost three years.

Botello says he is inspired by “the impact a cake or dessert has on someone’s special day, whether that be their birthday, anniversary, Mother’s Day or a promotion. If one of my beautiful desserts can be in the center of a table surrounded by people celebrating something, then my heart is full.

“I love watching someone’s face light up when they receive the cake or treat that was ordered for them, but even more so the joy it brings the person gifting the item,” he added.

Almost a year ago now, Botello left Sugar Daddy’s. “I decided to focus on my business and take on my biggest fear — baking on my own,” he said. “My ex-business partner and I had just run our course in business, and it was what was best for us.” Shortly after, his ex-partner decided to close Sugar Daddy’s completely.

But Botello didn’t miss a beat. Still, because he had always been assisting rather than working as a lead baker, he knew he still had plenty to learn.

“But I am always excited to learn,” he continued. “Surprisingly, my biggest mentor was one of my competitors from my time on Netflix’s Sugar Rush — Amy from Amy’s Cupcake Shoppe. She has been a tremendous help any time I have questions or feel unsure about something.”

While at Sugar Daddy’s, Botello worked with a number of charity organizations. “I always enjoyed heading up these projects and being a dessert sponsor for various events,” he said. And he is proud to say that he is continuing that charity work at Krafty Kween, adding, “I actually just locked in working with DIFFA Dallas for their event this fall. I am extremely excited about that.”

Grateful for his success with his recent pivot, Botello said it’s not something he could ever have done alone. “One of my good friends and regular customers, Alyssa Edwards [Justin Johnson], has been a great return customer and also a great mentor as I have tried to navigate becoming a solo entrepreneur,” he said.

“He’s just a creative person, and I think we’re fans of each other’s worlds.” 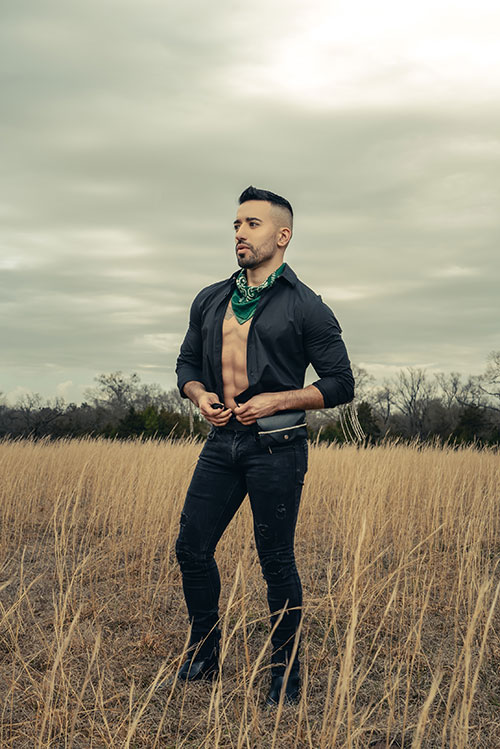 Botello’s current partner — in life alone this time and not business — is Houston native Kameron Ross, 31.

“He and I have been together since October of 2019,” Botello said. “We actually saw each other for the first time at Alyssa Edwards’ Labor Day party.”

Johnson added, “I introduced them. And little did I know, they would end up being together. So, I guess that’s a crazy little thing called love. But I wasn’t caught off guard, because they’re both really sweet souls.”

Botello and Ross crossed paths again a few week after the party, and the two have been inseparable since, Botello said. And that, Johnson said, makes sense, really. “They connect with people really naturally and easily. They remind me of a lot of one another in that sense, because they’re so inviting when they walk in a room.”

Ever since he was a kid, Ross has wanted to be a musician. “When I was 8, my parents took me to a Shania Twain concert, and I knew then that that was what I wanted to do,” he said. His first album was released in 2006.

“I am passionate about performing and being on stage. I love connecting with people through the lyrics in whatever song it is that am singing,” Ross said.

Ross was a contestant on Season 15 of America’s Got Talent, which aired last summer in the midst of the pandemic. He made it all the way to the quarter finals.

“He had an amazing time on the show and loved that they gave him a platform to share his voice with people all over the country,” Botello said of his partner.

Johnson is certainly sold on Ross’ talents, too. “I remember seeing Kam sing live for the very first time at Alexander’s years ago,” he said. “I think it was a karaoke night. And I’ll never forget. I turned to our mutual friend, and I said, ‘That is a star. He is a star. And he is the future of country music.’”

Johnson continued, “There are just some people that have a natural quality on stage. [Ross] has that ‘it factor.’ And then you start peeling back layers, and you meet this human that is truly a bright light in this world.

“It’s so important to have these clear role models and these people that are not afraid to be themselves. And Kam being so proud of who he is. I mean, that is inspiring to me,” Johnson said.

Ross released his first single in almost 15 years — “If I Could Go Back” — just last month, on April 16. He said he has two more releases planned for this summer and that he is really excited to be putting out his own music again.

He was recently booked to perform at Fair Park in June for Dallas Pride, and, he said, “Performing at Pride is exciting for me, having been an artist that struggled with being a gay country music singer when I was younger to now be performing at Pride.”

Burgeoning careers and romance: It doesn’t get much better than that. As Johnson said of his friends, “When two like-minded souls connect, it’s just magnetic. And I’ve watched their relationship blossom into the beautiful couple that they are inside and out. It’s important that we recognize that, because sometimes we can get caught up on someone’s outer features, but they’re both very creatively inspired.

“I love that they support one another in their creative ventures. Both of them have this drive that is just a force. I mean, they really are a beautiful power couple,” Johnson said.