Down to the WIRE 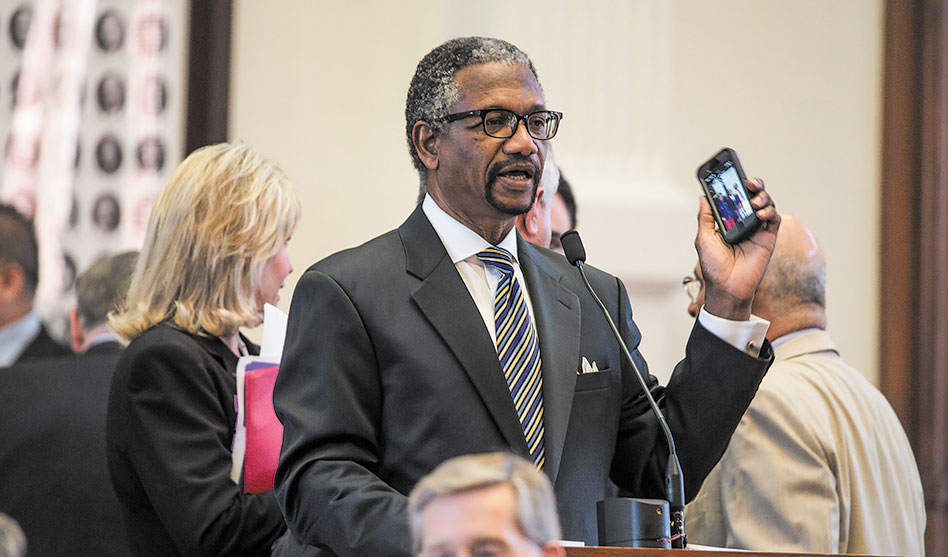 Republicans in the Texas Legislature are so intent on making life hell for transgender kids that even some Democrats are joining them. As the biennial 140-day open season on civil rights and liberties comes to a close, lawmakers have prioritized and passed legislation banning abortion after six weeks, further restricting access to the ballot box, limiting lawsuits against 18-wheeler drivers who hurt or kill someone and allowing guns to be carried without a permit.

The abortion restrictions, which also allow for any private citizen to sue someone who receives, performs or is an accessory to an abortion, was signed into law by Gov. Greg Abbott on Wednesday, May 21, as was the trucking bill. The others remain in conference committee, where members from both chambers work out the differences between their respective chamber’s version of the bills.

Other bills making their way through the legislature include a measure requiring that any professional sports team with government contracts play “The Star-Spangled Banner” before starting a game and a measure banning “critical race theory” pedagogy in public schools.

Yet two top Republican priorities –– barring healthcare access to transgender youth and requiring they play sports based on the sex on their birth certificate and not their actual gender identity –– have consistently stalled despite the momentum similar legislation is gaining nationwide.

While various House versions of these bills died before getting a full vote on the floor, Senate versions have found new life thanks to the efforts, in one case, of a Democrat.

While UIL already prohibits most transgender students from participating in athletics that align with their gender identity, it does allow students to use amended birth certificates; SB 29 would take away that option. The bill is waiting to be taken up by the Calendars committee, which decides when bills are heard on the House floor.

SB 1311 would ban gender-affirming health care for transgender youth, punish doctors for providing transition-related care by revoking their licenses and ban insurance coverage of the practice. It awaits committee referral. Equality Texas has named SB 29 as a top threat to trans youth.

SB 29 has had a rocky road on the way to hitting the House floor. It passed easily in the conservative Republican-held Senate on a party line vote of 18-13 while its House companions died. But the Senate versions have been revived.

When the committee held its initial vote on SB 29, Democrat Rep. James Talarico of Round Rock called it “lipstick on a pig,” adding he knew his Republican colleagues on the committee don’t like the bill. Voting it out would be “enough to tarnish the name of this committee,” he said.

House LGBTQ Caucus Chair Mary Gonzalez, D-Clint, urged her colleagues to vote no after hearing testimony from educators who opposed the bill. And Rep. Diego Bernal, D-San Antonio, said it was all about politics for Republicans worried about primaries. He asked, “Is the cost worth it?”

It died with one Republican absent and Dutton voting present. Then in a dramatic reversal, Dutton brought the bill back up for a vote after his bill allowing Texas Education Commissioner Mike Morath to remove school board members was killed on a technicality by Rep. Alma Allen, a Houston Democrat. Democrats generally oppose that bill but Dutton has advocated for more state control over the Houston Independent School District for poor performance.

“I don’t know how big this problem [trans youth in sports] is, and I wish I did, because I’d be in a better position. I can tell you this,” he said before the roll call, “the bill that was killed last night [allowing Morath to remove ISD board members] affected far more children than this ever will.”

As a consequence of killing his bill, he brought SB 28 back in retaliation. Dutton even went so far as to sign on as a House sponsor of the bill, joining Rep. Ken King, a West Texas Republican.

Committee member State Rep. Diego Bernal, a San Antonio Democrat told the Texas Tribune it was “soul-crushing” and that “bringing it back up, was used as a form of retaliation by the chairman,” Bernal said.

Dutton was slammed by LGBTQ advocates. Human Rights Campaign State Director Rebecca Marques said his move showed “the petty and cruel ways that Texas elected officials use the lives of trans kids to score political points without regard to the actual human impact.”

He should be on watch.

“We have a track record of supporting pro-LGBTQ candidates and working with lawmakers to expand their understanding of LGBTQ Texans,” Marques added. “LGBTQ voters have a consistently high turnout – and they know who stands with them, and who works to harm them.”

SB 29 has been sent to the Calendar Committee. The legislative session ends on May 31.