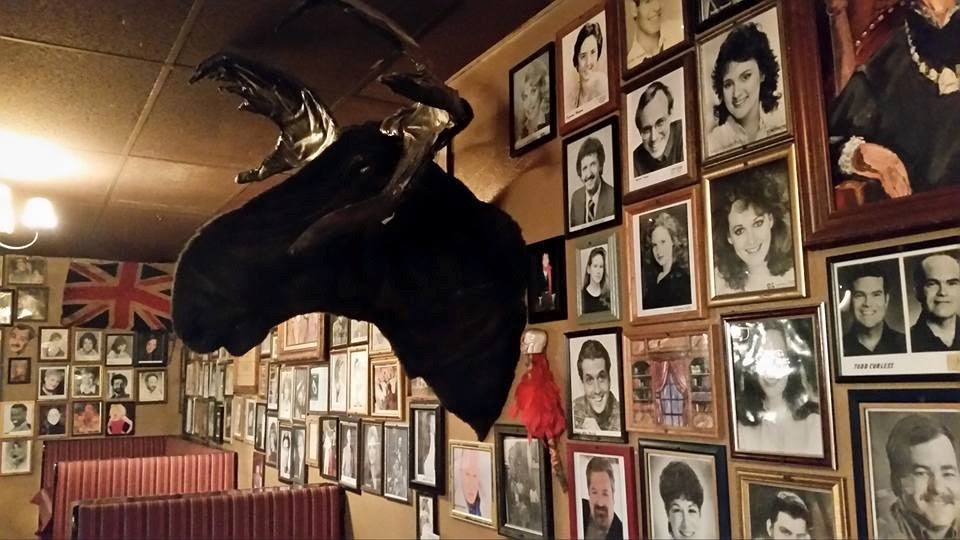 Headshots of PST’s many players in its shows lined its walls in its former location on Mockingbird Lane. (Courtesy PTS)

In August, Pocket Sandwich Theatre announced it would be wrapping up its final season at its Mockingbird Lane home with the holiday show Ebenezer Scrooge. On Monday, the theater sent out a statement announcing its new home. PST has been a Dallas steadfast but fans will have to head north now for its popcorn-throwing melodramas and other live performances.

“Over the last 41 years, we were privileged to come to be considered an East Dallas institution and the third oldest and longest-lasting theater in DFW. This is an honor we did not take for granted and we remain forever thankful to all our neighbors who became Pocket regulars, friends, and part of our extended family,” the owners and partners stated.

They went on to reveal its new location in historic downtown Carrollton. Currently the theater is working to vacate the Mockingbird spot by Tuesday and then is looking to reopen this May.

Downtown Carrollton may seem an interesting choice, but a former playhouse in the square has the proper vintage flair for PST’s eclectic seasons. The former playhouse had become a rental venue but maintained its theater-house bones. The location features an array of shops and restaurants nearby. PST neighbors will now include Cane de Rosso, El Rincon and Three Nations Brewery. The square is a stop for the DART rail.

“While change can be hard it is also exciting, so please join us for thrilling new adventures in 2022,” the team added. “What a party we’re going to have, and you’re invited!’