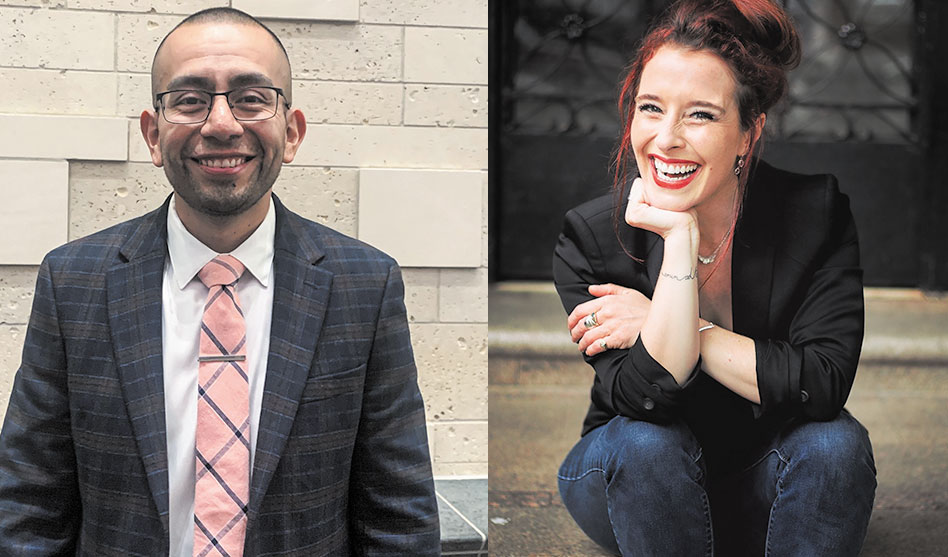 After Texas Republicans scored a hit against the trans community, look for additional attacks on LGBTQ rights

A central Texas soccer coach is having to deal with parents accusing another child on their daughters’ soccer team of being transgender. The child under accusation isn’t a star player but may present more masculine and may be taking field time from the children of those complaining.

But is that child transgender? The coach doesn’t know and doesn’t want to be in the middle of the controversy.

Emmy nominated and award winning filmmaker Fiona Dawson told the story of that coach, which she heard as a result of her spending so much time at the Texas Capitol during the Texas Legislature’s regular session and three special sessions this year that devoted a tremendous amount of energy to attacking young trans athletes.

Dawson, whose last film was Transmilitary, is now focusing on the right-wing’s attempts to demonize trans kids and teens.

After multiple attempts to turn discrimination against trans students into law, lawmakers finally passed HB 25 during their third special session this year, and Gov. Greg Abbott signed it into law in October.

“I feel very upset, disheartened, angry a bill like this can be written into law,” Dawson said. She said polls indicate 70 percent of Texans believe in equality for trans people, yet as a result of this law, calls to the Trevor Project hotline from Texas youth have risen to record levels this year.

Dawson said she worries about the health and mental well-being of LGBTQ kids in Texas and other states that have pursued and passed similar legislation.

Dawson argues that the change doesn’t take two things into account: Youth who are on hormone blockers do not have a hormonal advantage and may actually be at a competitive disadvantage. And 1 percent of all children are born intersex, and their sex may not be accurately predicted at birth.

“There’s a spectrum of genitals,” Dawson said in describing intersex children. She added that legislators “are coming at it from a place of ignorance.” But, she said, intersex and non-binary people were not part of the discussion.

Dawson testified before legislative committees twice. She said listening to the trans kids who were there to testify was heartbreaking. Some had already stopped participating in sports out of fear.

Others were still playing, and no one knew they were transgender.

While testifying, one trans athlete was asked what school she attended. Her mother intervened and asked for partial anonymity, because the family had already received death threats.

Rep. Valoree Swanson, R-Spring, who wrote HB 25, defended her motives. She spoke about how much women’s rights have advanced over the past 50 years and how she didn’t want those rights destroyed by allowing boys to come in and take over women’s sports.

Dawson said all she could tell those trans youth she met at the Capitol was, “I’m so sorry these adults are doing this to you.”

Equality Texas CEO Ricardo Martinez said he is frustrated after a year fighting off 76 anti-LGBTQ bills. “That’s the most of any state in the history of the U.S.,” he said.

Most were anti-transgender sports bills, but others involved removal of local nondiscrimination ordinances, religious refusal laws and refusal of healthcare for trans people.

But Martinez believes the passage of HB 25 is just an opening salvo in a war against LGBTQ rights.

General Ken Paxton for a clarification of the U.S. Supreme Court’s Obergefell ruling on marriage equality.

The last paragraph of the Obergefelll decision makes it quite clear: “[Same-sex couples] hope is not to be condemned to live in loneliness, excluded from one of civilization’s oldest institutions. They ask for equal dignity in the eyes of the law. The Constitution grants them that right.”

But just as Texas has now challenged Roe v. Wade by limiting abortion beyond the intention of the U.S. Supreme Court, White has opened a battle to limit marriage for same-sex couples, Martinez said. “We’re living through history,” he added. “The urgency of the moment to protect our rights.”

As for HB 25, Martinez thought it was interesting that the law doesn’t detail enforcement. He said it might come down to individual situations decided by principals and coaches.

“The rules are not drafted yet,” he said. “It may get messy. We’ve warned about this.” Martinez was referring to one Austin child who was bullied over her gender identity until she attempted suicide and another in Paris who was assaulted and sent to the hospital.

He added that he has been getting calls from concerned parents and administrators, and noted that HB 25 only passed after being sent to the House Select Committee on Constitutional Rights and Remedies rather than the House Public Education Committee where earlier bills died.

Texas isn’t alone in its so-called concern for “protecting” its youth: We were the 10th state to pass limits on trans youth participating in sports. All of the bills bear some similarities, and now that they’ve succeeded in limiting participation in high school sports, the next target is college athletics.

But Martinez is mostly concerned with the harm just the debate about trans rights has caused. He also referred to Trevor Project’s statistics: From January to August, 10,800 Texas youth reached out to the suicide hotline. Of those, 4,000 calls were from trans or non-binary youth who have considered self-harm or suicide.

“We should all be outraged by that,” Martinez said. “That underscores the urgency of this moment” — especially since there’s no proof trans kids pose any threat to women’s sports. Trans girls are not the stars on any team in Texas. But what they learn from team participation is invaluable.

Martinez said he isn’t sure what was going to wake people up to what Republicans did during this session of the Legislature. Instead of focusing on the pandemic and the power grid, they dedicated the regular session and three special sessions to working on hot-button issues — critical race theory, abortion and voter suppression — and then delivered the most gerrymandered district maps ever imposed on Texas.