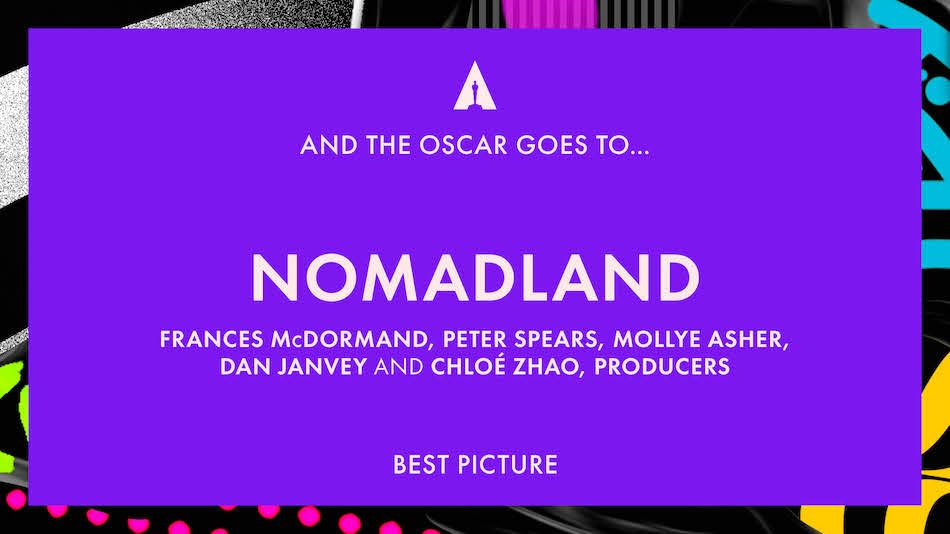 Nomadland was the big winner at last night’s 93rd annual Oscars. The film picked up best picture, and Chloe Zhao, the film’s director, was the first Asian woman and only the second woman ever to win in the best director category. Frances McDormand won best actress for the film.

Among the winners were a number of firsts. Yuh-jung was the first Korean actress to ever win an Academy Award and the second Asian woman ever to win. Miyoshi Umeki was the first for her performance in Sayonara in 1958.

Hopkins win was a surprise. Odds favored Chadwick Boseman, who passed away before his film Ma Rainey’s Black Bottom was released.

Searchlight Pictures’ Nomadland was the fourth best picture win for the specialty studio in eight years, a record a film company that isn’t a major studio.

Not all of the nominations were for theatrical releases. Netflix received 36 nominations and won seven.