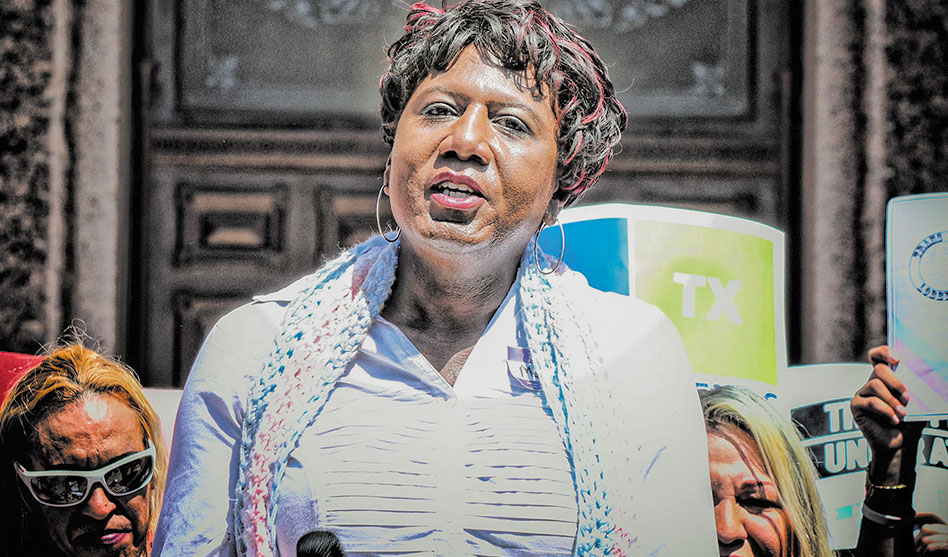 Monica Roberts, shown here at a rally outside the Texas Capitol, died unexpectedly last year at the age of 58. Today the NABJ announced a scholarship named in her honor. (Tammye Nash/Dallas Voice)

The National Association of Black Journalists’ LGBTQ+ Task Force today (Wednesday, March 31) announced a new scholarship named after transgender journalist and advocate Monica Roberts of Houston, who passed away unexpectedly last year at the age of 58. The announcement came on Transgender Day of Visibility.

The Monica Roberts LGBTQ+ Task Force Scholarship is a newly established fund to support Black LGBTQ+ students studying journalism, mass communications, or otherwise interested in reporting and storytelling, according to a statement from the NABJ. It was conceived by the Task Force’s co-chairs, Tre’vell Anderson and Femi Redwood, and recently unanimously approved by NABJ’s board of directors.

“Roberts, who used her blog, TransGriot, to cover the transgender community at a time when these stories were often being overlooked by mainstream media outlets, was a longtime member of NABJ,” the statement explained. “Unapologetic in her life and work, Roberts inspired generations of Black queer journalists while also serving as a possibility model to trans and non-binary professionals.

“When our industry finally stops misgendering trans folks and hyperfocusing on our traumas, we’ll be able to trace such a Promised Land to the efforts of Monica Roberts,” Anderson said.

Redwood added, “Since I joined Tre’vell as co-chair of this task force, we’ve wanted to honor Monica for her work. It is our hope that by creating this scholarship in her name we can not only do that, but also support the next Monica and the next TransGriot.”

Those who want to donate to the scholarships can do so here. Choose your donation amount and frequency — one-time or recurring — and under “Where would you like to direct your support?” select “Scholarships.” Then select “LGBTQ+ Task Force Scholarship,” complete the form and hit submit.