I’m no stranger to angry letters. When I worked as a morning radio show disc jockey, if you didn’t push people’s buttons on both sides of an issue, you were not doing your job. The worst sin was to be ignored.

Though we weren’t really a “shock jock show,” we had opinions and would occasionally receive hate mail for voicing them. Post 9/11, we received letters with white powder in them. The first one required a visit from the haz-mat team, but it turned out to be talcum powder.

One piece of hate mail in particular came from an attorney when I was on the air in Houston.

I had read a news story about a high school cheerleader who apparently hadn’t been holding up her end of the cheering and sign-making chores — kind of a slacker cheerleader, if there is such a thing.

Well, this story really set me off. The lawsuit seemed excessive to me, and surely wasn’t the way such things should be settled, I felt. So, I railed on-air against a legal system that would permit such a thing.

The letter from the attorney I received in response was passionate and personal. He challenged me to join him at the Houston Law Library and read case law and rulings illustrating that I didn’t know what I was talking about. 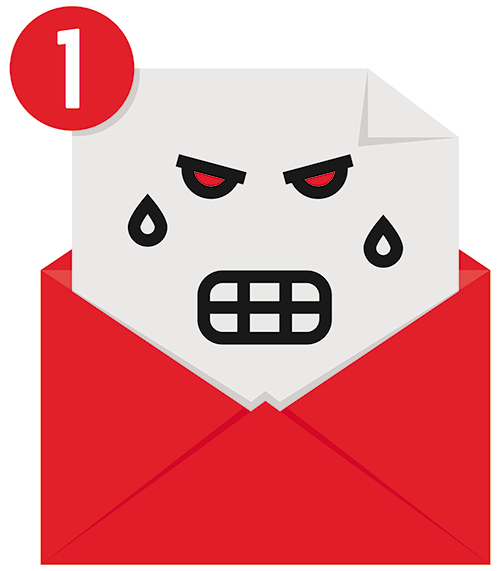 See, this was a guy who disagreed with me. He had a point different from mine, and he was willing to discuss it and make his case. He wasn’t challenging me to a duel, and he wasn’t threatening my family.

So I joined him for lunch (he paid), and we spent four hours one afternoon going over civil lawsuits that had been decided. He even let me pick the ones to review; he wasn’t cherry picking to make a point.

I learned a lot that day. Mostly I learned that, for the most part, I was wrong.

What this attorney was showing me was that a $1.6 million lawsuit sounds sexy in the media, but it will never get to court. There are hundreds of instances involving serious injuries in which Texas juries awarded a more reasonable $1,200. Not millions.

This brings me to a recent Sunday night football game in which the Dallas Cowboys played the Green Bay Packers. Up in Jerry’s luxury box were former President George W. Bush and actor/talk show host Ellen DeGeneres, talking, laughing, presumably enjoying the game.

To see a lot of the social media reaction, you’d think Ellen had made a deal with the Devil.

Look, I’m well aware of Bush’s track record while he was president. But maybe some of Ellen’s wit and compassion rubbed off on him during that game. Ellen responded to the social media firestorm on her show by urging people to just “Be Kind.”

I saw more than one post that interpreted that to be “Be Quiet.” But I don’t see it that way.

Here is a comment I’ve left on a few of those social media strings as a response. I’m not defending or condemning anyone, just making an observation about the kind of discourse that seems to be over-running social media but isn’t helping anything:

“I don’t limit myself to a list of friends who feed my echo chamber. I have learned more from those who disagree with me than I have from those who share what I already believe.

“If we are to pursue the full palette of diversity, everyone needs to be included. If a Republican wants to sit and have a civil conversation, bring it on!

The toxic barrier that has been erected between ‘Us’ and ‘Them’ is manufactured; it’s a tool used to divide.

“Let’s get together and have some hard conversations and knock down the walls between us. If we really talk to one another we will all learn that we aren’t so different after all.

“People change. I’m not the same person I was 20 years ago [and] I’m guessing Mr. Bush might have evolved as well.

“Kindness is not silence. It’s civility. It’s grace. It’s compassion. It’s something we could use more of.

“Kindness doesn’t make me a pushover. I am an activist and an advocate. I am fierce in defense of our rights and protective of the most vulnerable.

But sometimes, kindness can win you some pretty powerful allies.