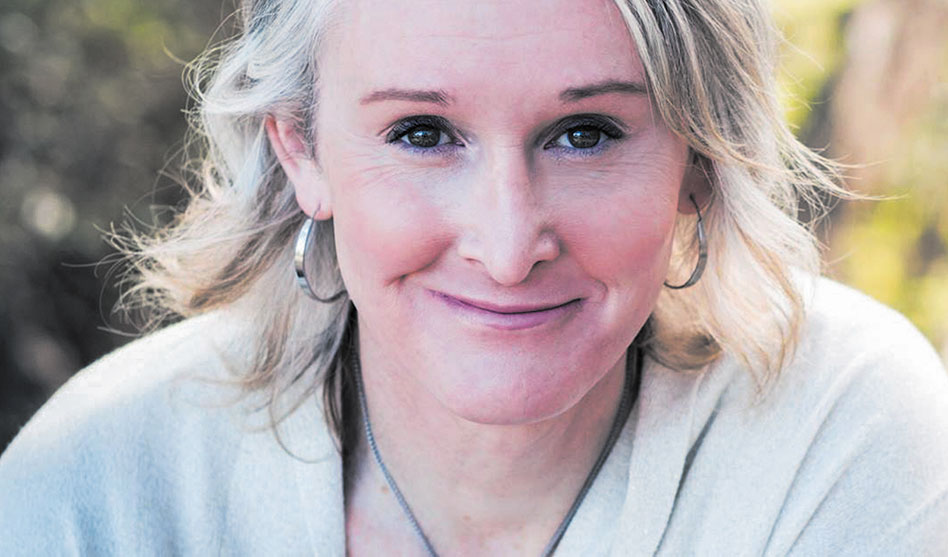 Eden would be the first transgender member of the Texas legislature

LGBT Victory Fund CEO Annise Parker has called Madi Eden one of the most qualified people running for office in Texas. If she wins her race to represent District 17 in the Texas House of Representatives, she will be the first transgender person elected to the House, and a large part of her victory would be credited to the voter registration effort and tools she, herself, developed.

Eden co-founded Register2Vote.org and built tools which have helped register millions of voters across the country. Especially during a pandemic when deputy registrars aren’t out at events registering new voters, her website has become an effective tool in registering new voters and updating voter registration information.

Through the tools she built, Eden explained, “We got big data using not extremely advanced technology.”

And through that technology, community work and pandemic-style campaigning, she has a good chance of flipping the Texas House seat she’s running for in Bastrop County, just east of Austin. If elected, she not only will be the first transgender member of the Texas legislature, but also only the third transgender person elected to a state house anywhere in the U.S. 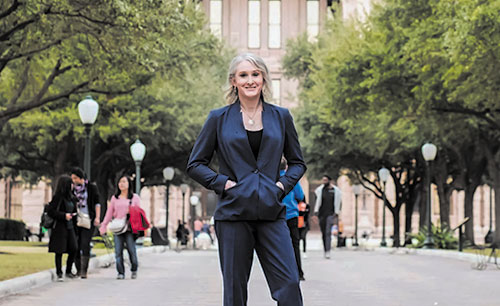 But Eden is running on a lot more than transgender issues like bathroom bills.

“Sure, it’s important to have a bathroom to use,” she said. “But let’s make sure people have the internet. In a pandemic it’s a big deal. Healthcare. Let’s fix our economy after the pandemic.”

Eden said her opponent, incumbent Republican John Cyrier who’s been in office five years, has talked about fixing the poor internet service common in the district so near tech-savvy Austin.

When urban school districts sent their students home, most were able to connect virtually. Others quickly put hotspots in place for those in underserved areas. But Eden’s area presented a problem because of widespread lack of internet.

And now students are falling even farther behind in Bastrop County, where she lives, and in the four additional counties that make up her district compared to students in neighboring Travis and Hays counties and other counties along the I-35 corridor.

When it comes to healthcare, the incumbent has helped block Medicaid expansion even during the pandemic. Eden said up to 20 percent of her district is without medical coverage, and the numbers have increased over the past four years.

Eden said she decided to run in 2018. She began her political career running in a congressional race. She lost the primary but said she entered the race mostly as a learning experience. State office is where she felt she could make the most difference.

“The importance of 2020 can’t be overstated,” Eden said, referencing redistricting, which occurs every 10 years in the legislative session following a census. State house and senate districts, as well as federal congressional boundary lines, will be drawn by the 2021 Texas Legislature.

But Eden was also talking about handling of the COVID-19 pandemic and the erratic leadership Gov. Greg Abbott has provided.

Because of the pandemic, Eden has not able to stage a traditional campaign, so she’s doing literature drops at doors rather than door-knocking. She’s relying on volunteers to get yard signs out across her county, which accounts for well over half of District 17, and making headway in the other counties where possible.

While sexual orientation isn’t as much of an issue anymore in a number of races — three of the five lesbian and bi Texas House incumbents running for re-election are unopposed — how is gender identity playing in Eden’s race?

“They like to make a point of it,” Eden said of her opponent, although not as much in Bastrop County as in the more rural counties. She said she’s not running on identity politics but has made a point of supporting equal rights for everyone. Eden said she is comfortable with herself and doesn’t worry about what others say about her.

This race is going to be a referendum on Trump and COVID-19, Eden said, adding that she believes the pandemic has affected a lot more people than even the high numbers that are being reported. Each county is reporting figures individually, she said, which may be resulting in a severe undercount of cases and deaths across the state.

From what she’s hearing from voters in her district, Eden said, they’re not happy with how the pandemic is being managed at either a state or federal level. And from information she’s gleaned from the online tools she’s developed, the 3 million people who’ve moved to Texas since the last election aren’t happy with how Texas state government is run.

Eden takes a practical approach. Her website talks frankly about the issues that matter: “Have you ever lost sleep at night because we weren’t locking up occasional pot smokers and unregistered voters? Neither has Madi,” she wrote.

And from the response she’s gotten, she said she believes she has a good chance of winning her district and making that bit of Texas trans history.