Mary Gonzalez comes out as pansexual

Texas’ only openly LGBT legislator will be nation’s 1st out pansexual elected official, after saying she rejects both ‘lesbian’ and ‘bisexual’ 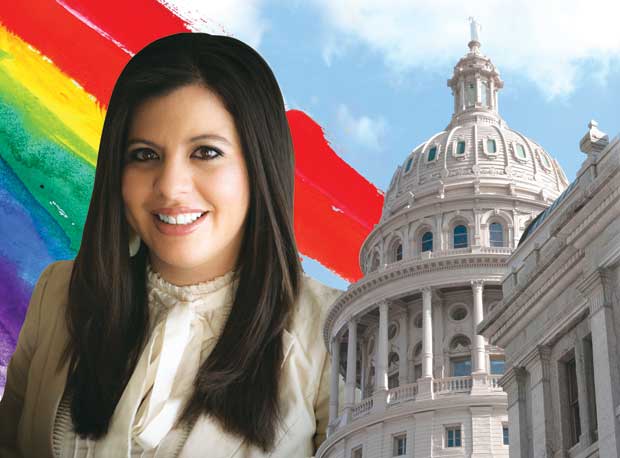 After winning her Democratic primary in May, Mary Gonzalez made international headlines as “Texas’ first openly lesbian representative.”

With no Republican candidate on the ballot in her El Paso district, Gonzalez is set to storm Austin in January.

But Gonzalez is not really a lesbian.

In an exclusive interview with Dallas Voice this week, Gonzalez said she identifies as “pansexual,” an orientation many would call bisexual, except pansexuals don’t believe in a gender binary and can be attracted to all gender identities. Gonzalez said she doesn’t believe in a gender binary because “gender identity isn’t the defining part of my attraction.”

After coming out as bisexual at 21, Gonzalez said a few years later she started dating “gender-queer” and transgender people, and later identified as pan.

Gonzalez was the focus of a Dallas Voice cover story in late June. The article referred to her as gay, lesbian and openly LGBT, because while Gonzalez had disclosed privately that she was pansexual, she had not granted the newspaper permission to use that term.

After the article’s publication, Gonzalez informed Dallas Voice that she still didn’t embrace the term lesbian and was comfortable coming out as pansexual.

“During the campaign if I had identified as pansexual, I would have overwhelmed everyone,” she said this week, adding that people don’t know what being pan means. “Now that I’m out of the campaign, I’m completely much more able to define it.” 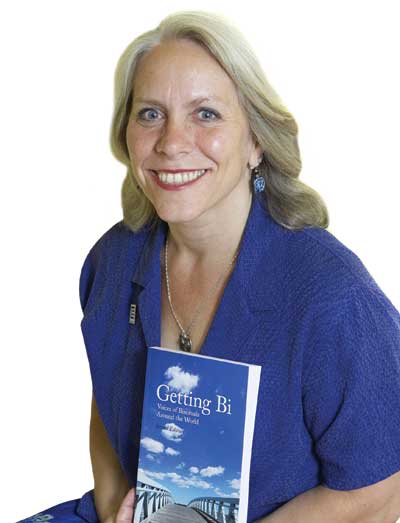 Although her election focused on helping El Paso’s District 75 citizens gain access to clean drinking water and better educational opportunities, her sexuality was front and center, and something she had to repeatedly address. Mainstream media called her the Latina lesbian lawmaker. The coverage led to negative comments about her dating men in the past and accusations that she was not a “true lesbian,” Gonzalez said.

But the campaign trail was difficult to maneuver as it was, and Gonzalez admits that giving media the broad label “queer” as her identifier was a poor choice because “the history of the word is complex.”

Without giving a more specific label, Gonzalez eventually went by “gay,” which naturally led to “lesbian.” And by then, she said, her sexuality was so lost that she thought it best to wait until after the election to clarify amid other battles she was fighting during the campaign.

Denis Dison, spokesman for the Washington, D.C.-based Gay and Lesbian Victory Fund, which endorsed Gonzalez, said there are several openly bisexual politicians nationwide but none have used the term pansexual.

“People should inform the media and others about the term they prefer, and that sort of education is a good thing,” Dison said. “It’s also a little more tricky in politics to be cutting edge and inform people about something they may not be familiar with.”

Robyn Ochs, a co-founder of the umbrella organization BiNet USA and nationally recognized educator in gender and sexuality, agreed.

“To not use that word because people don’t know what it means is never going to move us forward,” Ochs said. “By using language, we change understanding. We create understating.”

Identities are important, though, because they help people understand who they are, communicate that understanding to others and create community. But identities also create confusion if not explained and can cast a shadow on a person once they are honest, she said.

“Many people perceive a risk in being honest,” Ochs said. “Once you are honest it can become noise and get in the way of what you’re trying to do [in your job].”

Even amid the difference in terms, Gonzalez said she was always honest about past relationships, even when she faced criticism from the LGBT community for not coming out as bi.

“I have not been secretive about my relationships with men or with women or even with transfolk,” she said. “I’ve been honest about it all.”

Gonzalez said she’s not focused on how her constituents will view her sexuality now and isn’t concerned about being re-elected because she ran an authentic, honest campaign and she wants to remain open.

But she admits coming out to her district was a process from before and after the election, and she had to work to prove her qualifications to those who didn’t understand her being called queer or gay.

“The idea of a queer woman period freaked them out,” she said. “I had to be able to connect with my district and I couldn’t do that if I’m freaking them out every day.”

Gonzalez views coming out as a learning experience, made harder because she was the first out woman to run for the state Legislature.

“I think if I wasn’t the first woman, it would have been easier,” she said. “Me coming out was a process, not only for myself but for my district and so I had to take things step by step.”

This article appeared in the Dallas Voice print edition August 10, 2012.