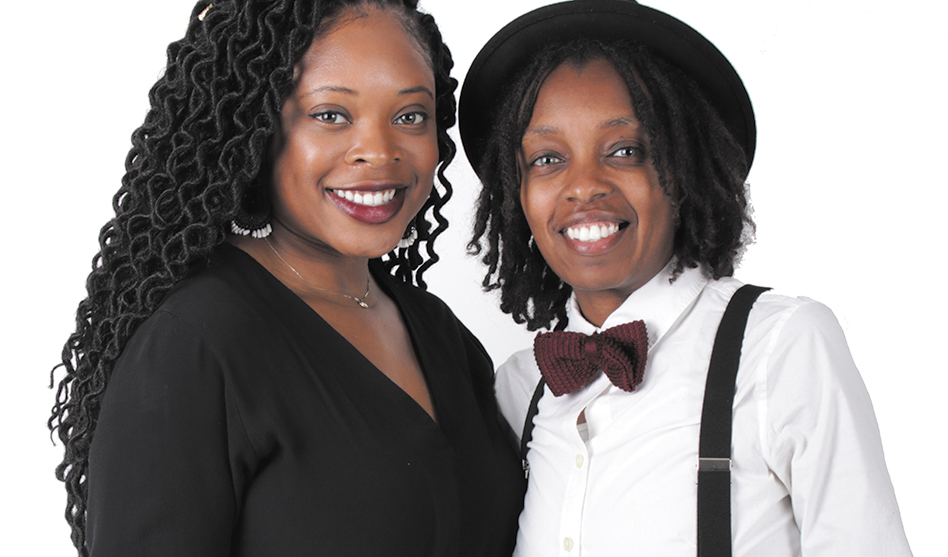 Love of money, as the old adage goes, is the root of all evil. Regardless whether that is true, the fact remains that money management — or mismanagement, as it were — is the root of many problems in relationships of all types.

Elle Hall-Coleman and her wife Dee Coleman know that from personal experience. But they found answers for themselves, and now that are sharing their answers with others through Girlfriend’s Budget, “a financial lifestyle blog for women.”

Elle’s father was a banker, and her mother was an accountant, she said. Both her parents had grown up poor, she said, and after establishing themselves in their careers, they were determined that their own children would know how to manage money from the start.

Dee, though, had a different experience with money. Her own childhood had been fraught with financial instability, and she had learned to see money as a way of both expressing love and exerting control over others.

After the two of them became a couple, some seven and a half years ago, their different approaches to money became a problem, until they finally decided to sit down together, get things under control and set a path for moving forward.

“Initially, the money issue was a real struggle for us,” Dee said. But then, Elle added, “We had a sit down, come to Jesus meeting about it. … First we educated ourselves, and then we decided to teach others.”

The two of them talked about things like what a budget actually looks like, organizing money and scheduling so that bills are paid on time and credit is properly managed and improved. It was during this process, Elle said, that Dee turned to her and said, “You really need to teach other people how to do this, too.”

Girlfriend’s Budget, Elle explained, is all about financial literacy. And while it is primarily aimed at women, anyone who wants to get a better handle on handling their money can benefit.

Money management is a skill many people don’t learn from their parents, and it’s not taught at school, the two said.

“Our goal is to educate women on money management because so many women don’t have the chance to learn that anywhere else,” Elle said. “Women typically make less than men, and in the LGBT community, when you are talking about two women living together and running a household, knowing how to manage your resources is essential.”

But, she added, “It’s not just about the numbers. It’s about empowerment, about helping women find their voice.” And money management is a large part of that, she said, because “Money is the power that speaks.”

Their goal in combining their two areas of expertise, the women said, is to help their clients find not just financial freedom, but also freedom from within.

Dee explained that as she and her wife moved through their own money management journey, “I realized just how the struggle around money had changed me. Some people are not willing to work on those issues. But you need to get to the root of things before you can change them.”

Some people, for example, are “emotional spenders,” Elle said. “They have a void in their life, and they make all these purchases to try and fill that void.

Dee says to them, ‘Let’s get to the root of the issue.’ It’s like therapy in a way.”

Dee added, “If they understand why they do these things, then they can work to crate positive change. I think this something that is very much needed, is especially in the LGBTQ community, where we can get so focused on acceptance, on being loved. People in our community so often want to be seen and accepted in a certain light, so they spend money to feel good about themselves or to look good or be accepted.”

Both women come equipped with the education and the experience to fill their side of the equation in their business.

Elle has a bachelor’s degree from the University of Texas at Dallas in arts and technology (“I thought I wanted to be an animator for movies when I was younger”) and a master’s in business administration from Texas Women’s University, and years of experience in the corporate world, including a stint with the Dallas Independent School District where she helped develop budgets.

Dee earned her bachelor’s degree from the University of Texas at Arlington then went on to get a master’s degree in psychology from UTA. She worked for Child Protective Services for six years and for a small company providing services for people with mental health disabilities for about a year before starting her own career as a life coach.

Elle developed “Girlfriend’s, Budget! Level Up Your Money, Level Up Your Life System,” which is a series of six “inner and outer financial freedom building steps to help established career women get out of their own head, and financially leverage themselves to follow their dreams.”

Dee, whose website is at DeeToxLifeCoaching.com, developed her own Dee’Tox Signature System, an eight-step program to promote spiritual and emotional healing.

Working together, the women offer a free 30-minute consultation, then from there clients can choose one-on-one counseling or a more affordable group counseling option. But they don’t work with everyone who approaches them, they said.

“We are selective about our clients,” Elle said. “We don’t want to waste our time or their money trying to work with people who aren’t really ready to change. But if you really want to change, we can help.”

Dee concluded, “The way most people are going, they are going to have to work til they drop dead at their job because they do not manage their money well. But it doesn’t have to be that way. Just reach out and ask for help. Go within and ask yourself, are you ready to put yourself first for a change?”