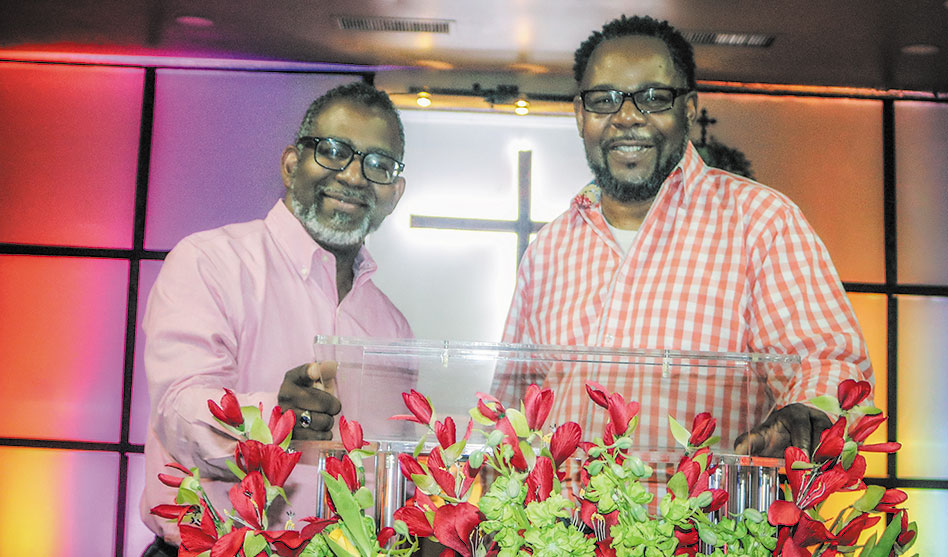 Living Faith Covenant Church is celebrating its 21st birthday in August. It is a church that seems like a contradiction — a fully-inclusive Pentecostal church that’s affirming and Afro-centric. And even Bishop Alex Byrd acknowledged, “It goes against the grain of what my denomination taught.”

Several years ago, the church purchased its current building at 3403 Shelley Blvd., off Westmoreland Street in Oak Cliff. But Living Faith, founded in 2000, began meeting in the color rooms at Resource Center on Reagan Street, sharing a space with several other religious groups, including the LGBTQ synagogue Congregation Beth El Binah, a couple of other churches and countless other community groups.

The church formed when Byrd moved from Austin back to Dallas where, he said, he needed to create community. He contacted the movers and shakers in the city’s Black gay community and got 12 people together to start creating an inclusive church. They first met on Aug. 6, 2000. 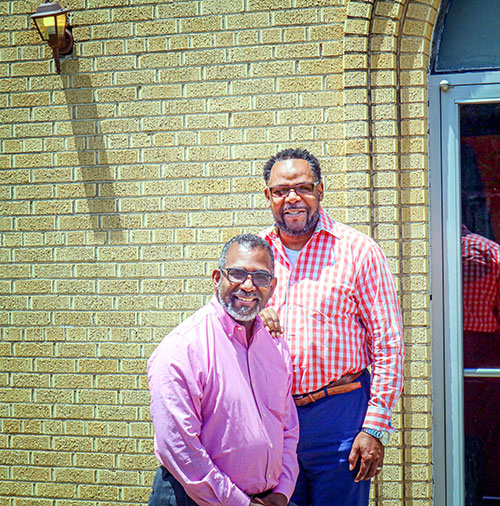 “At one time, the Pentecostal Church was monolithic,” the bishop explained. “It was defined by piety. Doing anything against scripture could send you to hell.”

But, he continued, those who followed the Pentecostal faith always questioned. The turn of the century was a time when people rebelled against that monolithic structure, and churches like Living Faith formed that embraced the worship and traditions of the Pentecostal faith but rejected the harsh judgment normally associated with the denomination.

Byrd called it “a radical change when I began to rethink the core of Pentecostalism — salvation by event.” He said you can be a sinner and be saved, but then there’s backsliding. But you can be saved again by what you do.

There’s a line in Deuteronomy that is problematic for Pentecostal faith: “A man acting as a woman can be grossly offensive,” Byrd said. It’s a line that’s used to condemn all transgender people.

“Living Faith has never been the church I imagined. We were struggling with the T,” Byrd said. “Old habits die hard.”

Then in walked Carmarion Anderson. Anderson, a transgender woman destined to become a leader at Living Faith, challenged Byrd and all the church’s members on their idea of inclusiveness.

Byrd said he and Anderson had very similar upbringings. But he struggled with the stereotypical male and female roles.

Of course, Byrd learned quickly that you just don’t say no to Anderson. In fact, she was the only person he’s ever allowed to preach without previewing her first.

Byrd’s rethinking of his faith included a change to his concept of salvation. “Our salvation is by what Christ did,” he said. “As long as you believe, you are saved. Even if you don’t believe, Christ’s work is done, so there is universal salvation.”

Living Faith’s pastor is Marvin Roberts. His belief is a little different: “I believe Christ did what he did, but you need to confess with your mouth,” he said. “You have to accept it.”

Byrd pointed out: “We don’t have to believe the same thing to be in community.”

That acceptance of trans people is a huge change for a Pentecostal church, both Byrd and Roberts agreed.

When I said I wouldn’t include that comment because the purpose of this story isn’t to insult anyone else’s beliefs, Byrd said traditional Pentecostals would probably take pride in their rejection of anyone whose beliefs differed.

But Living Faith is accepted among other progressive Pentecostal churches. As bishop, Byrd has worked with about 20 from Georgia to California.

Trust in God
After more than a dozen years meeting at Resource Center, the church moved to Promise UCC in Oak Cliff for a short time then returned to the community center. A few months later, they acquired their current building.

How did a small church afford the property that includes two buildings and parking? “Trust in God,” Roberts said.

Whether you believe or not, things did work out in a miraculous way.

The property was listed at $400,000. Living Faith paid less than half that, and, “It was financed by a company that said they’d never finance us,” Byrd said.

But that still left a monthly mortgage payment. So, part of the plan to raise money was that a church that had been meeting in the building would continue to meet there and pay the same rent they had been paying. And since they were there first, they’d continue to hold their services at the same time they always had, and Living Faith would adjust its worship time.

So they had an agreement — and then the tenant church decided to move the Sunday before Living Faith took possession of the property. And they took the chairs with them.

But again, things worked out.

Living Faith found someone selling portable church seating for $3,000. The church got the seats for $2,000 and got the cost donated.

Living Faith is the first Pentecostal church in Texas to accept transgender members, and it’s the first Afro-centric affirming church.

“We’re the longest-lasting Afro-centric Pentecostal church in Texas,” Byrd said. “We attract straight people who are looking at us. Do they have the courage to join us?”

Byrd said they’re co-opting Pentecostalism, but he also called Living Faith, “the stepchild who never should get the inheritance.”

Byrd said Roberts, who joined Living Faith in 2016, is taking the church to new heights.

“I grew up Pentecostal,” Roberts said. “I thought they prayed too long, so I became a Baptist and then a Methodist.”

He said he merged those traditions to get an experience that speaks to different people. From the Methodist tradition, he said he drew consistency, order of service, education and structure. And the Baptist tradition “is all about the choir. Preacher could whoop and drive the crowd wild.”

Through the pandemic, the church’s members helped it survive. They started back in person in November, staying socially distanced and checking temperatures of everyone before they entered.

Roberts described some members of his church as “people who didn’t believe God loved them or that God couldn’t use a woman to preach.” He paused and said, “We touched their lives.”