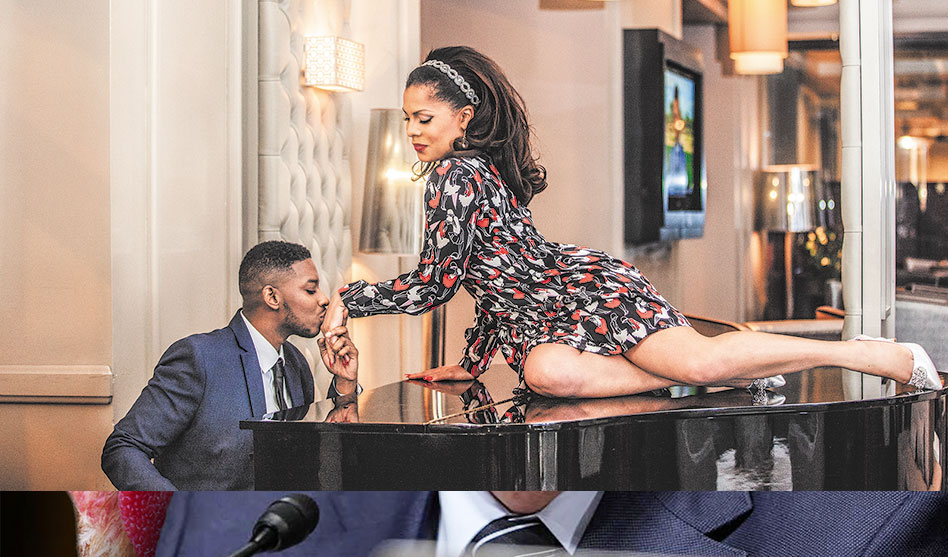 An interview with Precious Brady-Davis

Memoirs are more popular than ever these days, especially those written by LGBTQ people. Lauren Hough’s Leaving Isn’t The Hardest Thing got things rolling earlier this year, and Precious Brady-Davis’ I Have Always Been Me (Little A/Topple Books, 2021) continues the trend. These books also share the common thread of being about queer people who escaped the devastating clutches of religious fanaticism in their childhoods.

Nebraska native and Chicago resident Brady-Davis tells her story of fractured family dynamics, being bounced around in the foster care system, bullying and a strict religious upbringing. Having survived all that, Brady-

Davis came out as a gay man, discovered drag, came out as trans and, best of all, fell in love and got married.
Precious Brady-Davis currently serves as the regional communications manager for the Central Region of the Beyond Coal Campaign at Sierra Club. She is married to Myles Brady-Davis, a trans man who is director of communications for Equality Illinois. The couple have a daughter, born in December 2019.

Dallas Voice: Precious, why was now the right time to write your memoir I Have Always Been Me? Precious Brady-Davis: I’m fully healed. This process centered my truth, and it was about breaking cycles of intergenerational trauma. I feel it’s important for the world to see narratives of trans folks thriving.

Were there other memoirists or memoirs that you looked to for inspiration? Maya Angelou’s I Know Why the Caged Bird Sings, Hiding My Candy by The Lady Chablis and Redefining Realness by Janet Mock were all books that I read previously before writing mine. Each of those women had audacity and courage, and they created a world in their books that I related to.

When we see ourselves in stories, we see that we are less alone in this world. We say, “I can be, too.” 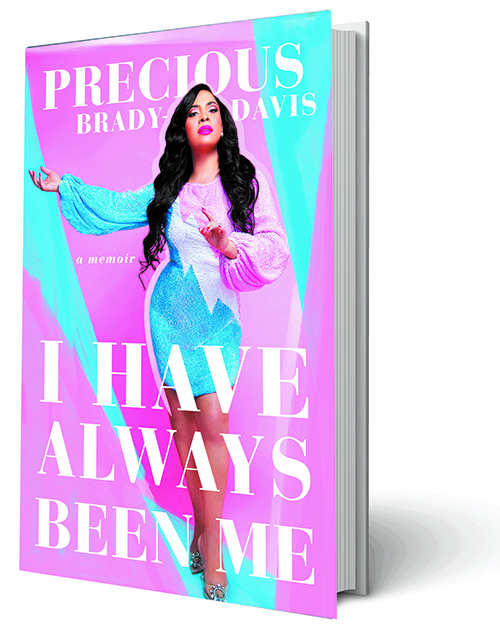 Writing a memoir means that you are opening your life to public scrutiny. Did you have any trepidation about the process, and if so, were there resources you looked to for guidance? I think that, in general, being vulnerable is an admirable trait. While at times writing felt deeply traumatic, I also found it healing.
I also made it through the process by attending therapy. My partner, Myles, was a great support throughout the writing and through the editing of the book as well.

The book is a kind of fairy tale, in the truest sense of the phrase. It begins with adversity in the form of your strict religious upbringing and foster care life. Then you overcome the challenges by becoming your true self, which means embracing your trans identity. And in the final portion of the book, you meet Myles, your prince. Does that sound accurate to you, and have you ever thought of your story in that way? It’s one of the reasons I wrote this book! I don’t believe there are enough fairy tale stories about trans women of color. Far too often, when folks reference our stories, they reference our pain instead of our purpose.

Who do you see as the target audience for I Have Always Been Me? This book is full of universal themes: love, acceptance and belonging.

The book is very cinematic. If there was a movie version, who would you like to see portraying you? [Laughs] Robin de Jesus! Because Camp was one of the first queer movies I ever saw. I felt it was the perfect depiction of young me. I found him very relatable! He was also nominated for a Tony for his portrayal of Jacob in La Cage aux Folles, once again very Precious-esque. I would love to see if he’d be a good fit to play older Precious, too. And, of course, he is in the LGBTQ community!

I found your personal history of seeking membership and acceptance in places not traditionally known for either, such as the Pentecostal church and the JROTC, fascinating. When you finally found what you thought would be your home in the drag community, that didn’t turn out to be the case. Please say something about your search for camaraderie. I think it taught me a lot about finding home within myself first and the power of queering spaces that are not traditionally accepting of queer folk. I think that the LGBTQ community has a long way to go in creating space for other marginalized folks within our community. We see a bigger commitment to eradicating racism and misogyny and economic justice.

Early in the book you wrote, “Names speak to identity. Names speak to origin.” While the story of how you came up with the stage name Precious Jewel is one for the ages, near the end of the book you write about calling yourself Nashon. How do you currently prefer to be addressed? Who knew when I had the opportunity to name myself, I’d be reborn as Precious. I am she, Mrs. Precious Brady-Davis, she/her/hers!