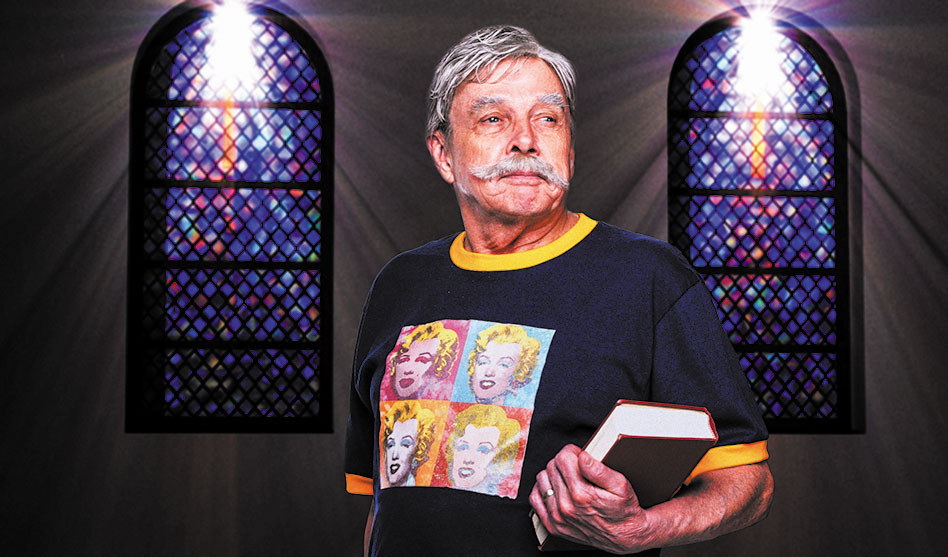 This past year has seen little in the way of new productions after the pandemic eviscerated live arts, and playwright Jaston Williams was over it.

So, he stepped up. 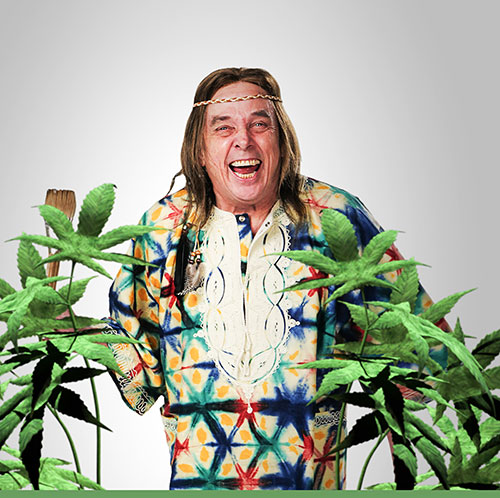 Plus, he had a script that he’d been holding on to for the right time, and, as it turned out, this was that time.

Truth be told, Williams has actually been very busy working on different projects during all the COVID-19 mess.

“I’m working on two shows, so I assume this is ‘Lights,’” he said by phone as he figured out which show to talk about. “I could do an interview about the wrong show, and my agent would kill me.”

He may feign confusion, but Williams is as sharp as they come. As one of the co-creators of Greater Tuna, alongside Joe Sears, Williams has become not only a noted humorist and playwright but easily an icon among Texas literary figures. Through the Tuna universe alone (the Tunaverse?), the eccentricity of Texas comes through in over-the-top characters and plucky storytelling, and that world has spread to theaters nationwide as well as Broadway.

This time, Williams mixes that formula into his one-man virtual show I Saw the Lights, only he sets it in his childhood home of Lubbock in West Texas.

“I grew up outside of Lubbock on the high plains, and we always told stories like this,” he said of the stories in I Saw the Lights. “It’s a tradition that’s passed down around the campfires from our ancestors out there.”

He added that he was surprised that not very many people have written about the area and what it has to offer. “I was fascinated by the culture out there.” he said. “You know, everyone thinks people out in West Texas are Protestant, white, Levis, but I tell you, it’s a hell of a mix. 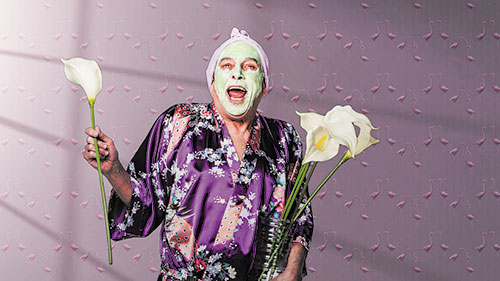 Eccentricity has always had a safe place out there.”

In 1951, the Lubbock Lights were a formation of unidentifiable lights hovering over the city and seen by a wide variety of residents. Although it was concluded the lights were a natural phenomenon, some speculated that they were UFOs. Williams puts a pinpoint focus on that time in I Saw the Lights.

“I wanted to write a love letter to these people. It is fictional, but I wanted to write about that culture that people didn’t easily recognize and include their frailties and fears and humor,” he said. “Once in a while you feel the need to write about something that hasn’t been touched on.”
Williams plays nine characters in the show, including a preacher, a hippie and a beautician. 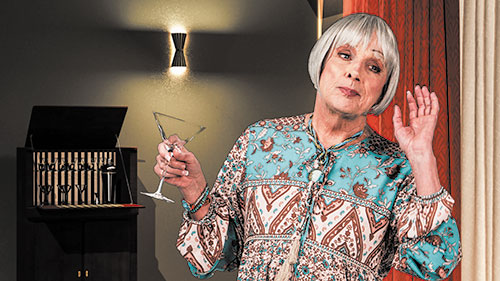 “You can’t do a play about West Texas without a beautician,” he insisted. “That’s where it all happens — in the church and at a beauty parlor.”
Williams described the characters as composites of real people — except for his beautician. She was created from scratch.

“She was transformed by the lights, and she lost the ability to be a mean person, which is tough for a beautician in West Texas,” he explained.
Dean Barley, the gay character in Lights, was sent to the mental hospital for charging rhinestone jewelry to his daddy’s card. “Being out in West Texas then, they were always so unapologetic,” Williams said. “So this character, to me, he’s so alive and honest and brave.”

In lieu of incorporating all the costume changes in the show, Williams was photographed in costume as each character, and those photos are displayed in the show. But he performs all the characters wearing slacks and a shirt. 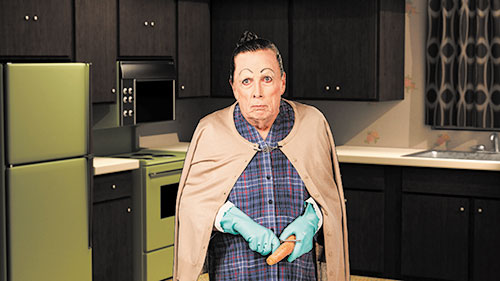 “The only costume [changes] we had were the shoes,” he noted. “I cannot play a woman without some heels.”
The play was filmed at the State Theatre in Austin with about 14 people involved in the project. Not only did Williams work to fill a void in theater, he wanted to fill a void for theater folk.
“The great thing was that we employed people. There was no work, and people were desperate to work,” he explained. “When we all got together [to film the show], it was a revelation. We had been away from it for so long.”

Even though the show takes place in the past, Williams believes that it can still speak to today “I think we are always hoping for miracles, but really, you find those in other people,” he said. “I love these characters, and they show that you’re not alone. 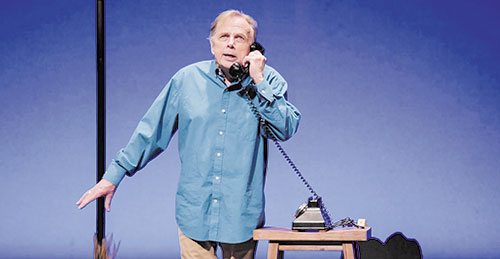 “I think that’s the main thing I want people to take away [from the show] — finding hope in other people can be a pathway to love and kindness.”

The I Saw the Lights local presentation will air at 6 p.m. Friday and will be available to view for the 48 hours to follow. Tickets are $25-$35 at downtowncowtown.com.