Playing for laughs and love 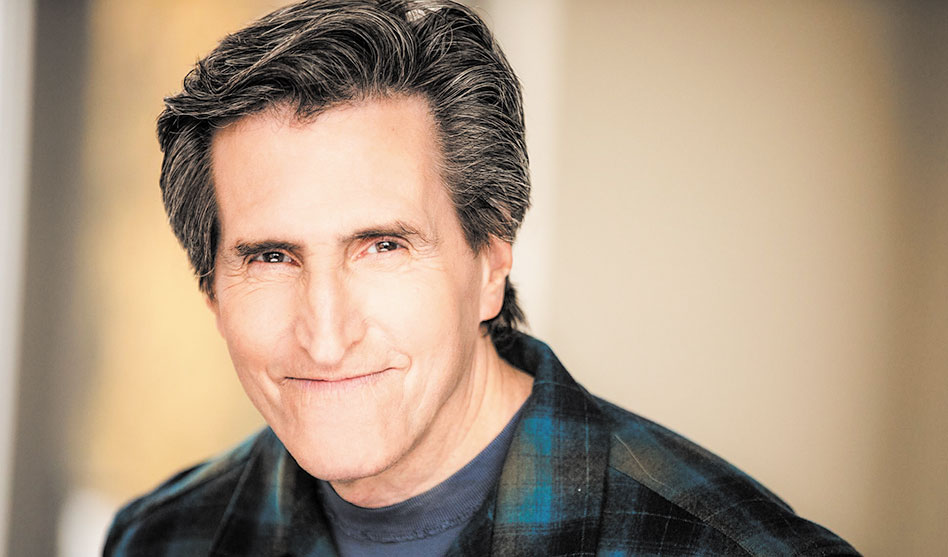 Let’s be honest, there are not many writers — gay or straight, of books, plays or screenplays — who are as hysterically funny as Paul Rudnick. In plays including Jeffrey and The Most Fabulous Story Ever Told, movies such as Sister Act, Addams Family Values and In & Out, as well as the novels Social Disease and I’ll Take It (my personal favorite), Rudnick has kept us in stitches from start to finish.

Combining wit and wisdom, Rudnick also gives us much to think about while we are laughing. His new novel, Playing The Palace (Berkley/Jove, 2021), is no exception, and it couldn’t be more timely: Nice, gay, Jewish, New Jersey guy Carter has an unexpected encounter with nice, gay, British royal Prince Edgar, and a regal love affair is launched, presented in true rom-com fashion. 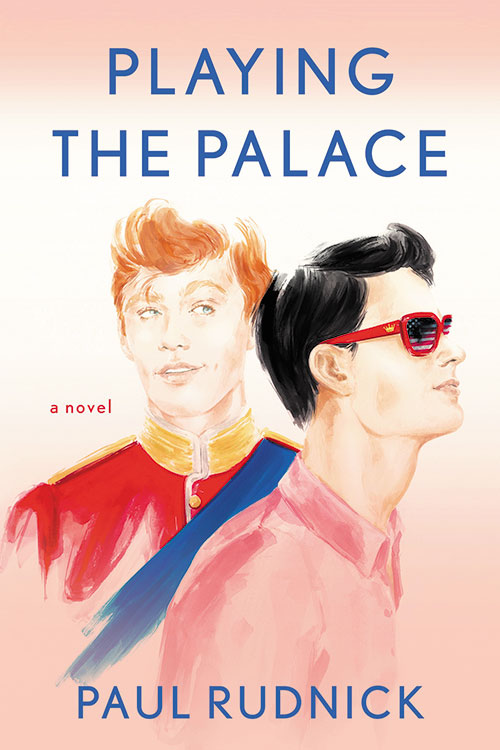 Rudnick was kind enough to answer a few questions shortly before the May 2021 publication of the book.

There is an abundance of “royalty jokes,” as they are called on page 75. Are these the kinds of things you’ve been curating over the years or were they written specifically for the book? Here’s something I’ve always wondered, which inspired Playing The Palace: If a commoner falls in love with a royal, what are the rules? Wearing a crown and waving from a balcony can be both glorious and bizarre; are royals allowed to talk about this? A sense of humor is essential for romance, so in Playing The Palace, NYC event planner Carter Ogden and Prince Edgar love to exchange wisecracks, some of which I’ve hoarded over the years, but most of which popped up as I wrote the book.

I’ve always wanted to know: If someone’s involved with a prince, is it okay to say, “It’s your turn to unload the dishwasher, Your Highness”?
IHOP figures prominently in the book. Are you a pancake patron? I’m a HUGE fan of IHOP. I grew up in New Jersey, where a trip to a local IHOP was always a treat. One of the reasons I fell in love with my partner was our mutual addiction to IHOP; one of our first dates was at a Philadelphia IHOP. IHOPs represent a great American innovation: breakfast all day.

What’s your favorite syrup in the IHOP syrup tray? I’m partial to the maple-flavored syrup, but I enjoy looking at all the varieties in the syrup caddy. My partner and I recently visited a socially distanced IHOP and it felt wonderful.

Another recurring theme in the book is the presence of Carter’s spirit guide, the late SCOTUS Justice Ruth Bader Ginsberg. How do you think she would feel about being a character in Playing the Palace? I’d hope that Justice Ginsberg would have a great time with Playing The Palace, in which she appears as an icon of justice, hard work and equality. She had a great sense of humor and was a passionate fan of the arts — especially opera and the theater. Carter Ogden reveres Ruth as a down-to-earth hero, and he confides in a treasured photograph of her. I picture Justice Ginsberg in heaven, laughing and passing around her copy of Playing The Palace!

Everyone is funny, especially James and Queen Catherine. How do you decide who gets the funniest lines when you are writing? As a comic writer, I like all of my characters to be funny. James and Queen Catherine are both fiendishly smart, and use humor for joy and balance, while other characters, who take themselves a bit too seriously, become funny in their own ways.
Carter and Edgar share a sense of humor, which is a great basis for their love; Carter’s more extravagantly funny, while Edgar’s stealthy, so they make an ideal team.

In chapters 13 and 16 you demonstrate an admirably tasteful way of writing scenes of sexual intimacy. What are the challenges and rewards of writing sex scenes? Writing sex scenes can be tricky and can easily turn clunky. I wanted the sex in Playing The Palace to be passionate and lighthearted, as an extension of Carter’s and Edgar’s feelings for each other. While leaving certain aspects to the reader’s imagination, I wanted to make sure that Carter and Edgar had a great time, whether in Carter’s tsiny NYC apartment bedroom or onboard the royal jet.

Late in the book, there is a chapter — Chapter 28 — that turns serious and provides a kind of historical perspective. Please say something about your decision to include that. There have been many wonderful books about coming out, but I wanted Playing The Palace to be a celebration of exuberantly open and empowered gay lives. On the other hand, I needed an awareness of how recently such lives have become possible.

Throughout history, there have always been LGBTQ people, who’ve often faced overwhelming prejudice. There have also been valiant LGBTQ heroes, who’ve fought tirelessly for equality. Carter and Edgar recognize their privilege, and they honor their forebears.

On the whole, the tone of the novel is such that it could appeal to younger readers. What would it mean to you to reach that prized YA readership? I welcome any and all readers. I especially love presenting the possibility of joyous queer romance to younger readers; I’ve written YA and found these readers to be open, curious and wildly smart, so I’d be thrilled if they shared Playing The Palace with every possible generation.

Given your history in cinema, who would you like to see portray Carter and Edgar in a movie version of Playing the Palace? If Playing The Palace ever became a movie, there are so many wonderful actors — including more and more out actors — who could play the leads. I’m too superstitious to make predictions, but I will say that the fantastically-talented Michael Urie has just done an amazing job of recording the audio version of Playing The Palace.

I keep picturing Dame Judi Dench as Queen Catherine. Is she the actress you would choose for that role? Like every writer alive, I’d be delighted to have Judi Dench play any role she’d like. Dame Judi is regal, a little scary and hilarious, all qualities which she shares with Queen Catherine.

Do you foresee more books with Carter and Edgar? In Playing The Palace Carter and Edgar are at the beginning of their life together, which promises to be an epic adventure. I’d love to chart their progress, so who knows?

Have you started thinking about your next book, movie or stage project? I’m in the middle of writing a new novel, and I’ve got a play that will premiere at the LaJolla Playhouse in California next year. There are TV and movie projects in the works as well, but as I’ve said, I’m too superstitious to go into details just yet. I did write a monologue which was just performed by the superb Nathan Lane at a Broadway theater, before a socially distanced audience of healthcare and theater workers, as part of the NY PopsUp Festival, a series of events devoted to welcoming people back to live performances. Onwards!