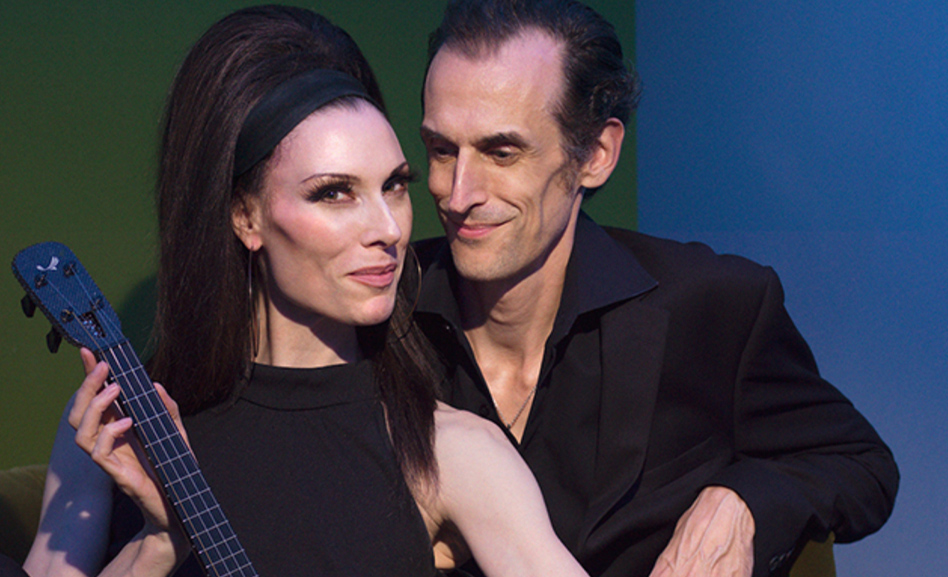 Last week we told you about the new LGBTQ streaming TV service, HappiTV; this week we are here to tell you about Revry, “the first global LGBTQ+ TV network,” which is set to “celebrate the holiday season with the release of the first ever queer game show, Versus.”

According to a press release, “In a year full of firsts for the network, including the launch of OML on Revry, the first 24/7 live TV channel for queer womxn, Versus will expand the network’s diverse lineup of content and make the holidays just a bit more jolly this year.”

Versus debuts on Dec. 4.

Developed and hosted by comedian Deven Green — perhaps best known as perfect Christian lady Betty Bowers — and award-winning musician New Douglas, “Versus is a charmingly absurdist game show where instincts and fun override smarts and knowledge,” the press release explains. “The rules are simple: Two contestants are pitted against each other in six rapid-fire challenges that will test their trivia skills, memory and even knowledge of their own social media. Each episode features a new set of mini-games that no-one can prepare for!”

Saying that contestants might have to count animated kittens or maybe remember a series of increasingly strange objects passing in front of them on a conveyor belt, the press release says the contestants will surely “spend as much time smiling at the question as sweating about the answer.”

And in this game, accurate scorekeeping never gets in the way of having a good time, and winning prizes isn’t as important as winning laughs.

Versus will be available starting Dec. 4 Watch.Revry.tv.