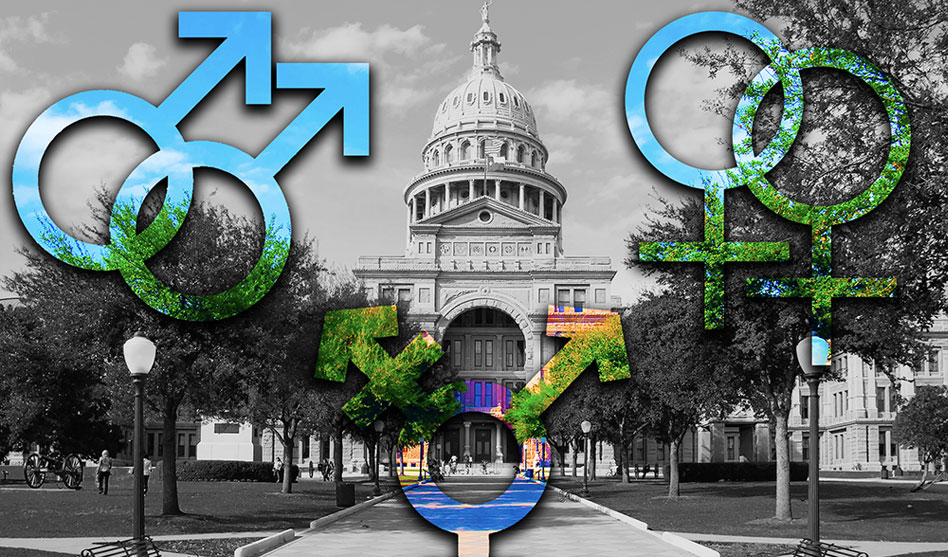 It’s been a long, back-and-forth battle for equality

There is no question that we have made significant advances in our fight for equality here in Texas. However, to understand how far we still have to go in Texas, we need to understand our political history, which has been a myriad of gains and losses.

In Texas, the fight for our equality has been a continual effort against predominantly white, male, conservative Republican lawmakers. So let’s start by looking at losses. For example, an initial 1986 court ruling striking down Texas’ sodomy law was ultimately overturned in the same year due to a Georgia federal case that criminalized sodomy as a non-private act when the U.S. Supreme Court refused to hear an appeal of the original Texas case.

The Texas legislature prohibited the issuance of marriage licenses to same-sex couples in 1997, and in 1999 the state supreme court annulled all trans marriages in the state. Despite the fact that legislation preventing same-sex couples from obtaining marriage licenses was already on the books, in 2003, lawmakers passed a bill voiding all same-sex marriages and civil unions and prohibiting the recognition of such from other jurisdictions.

Even though the U.S. Supreme Court struck down all remaining sodomy laws the U.S. in 2003 with Lawrence v. Texas, Texas Penal Code 21.06 remains on the books even today. Then-Gov. Rick Perry criticized the ruling and called the sodomy law “appropriate.”

In 2005 voters approved a state constitutional amendment that defined marriage as consisting “only of the union of one man and one woman,” prohibiting the state or any political subdivision of the state from creating or recognizing “any legal status identical or similar to marriage.”

Even faced with these losses, the LGBTQ community in Texas has still managed through the years to establish political leverage for equality. For example, in 1975 the Houston GLBT Political Caucus was formed. And in 1980, the Texas Democratic Party added certain LGBT rights to its platform. In 2001, Gov. Perry signed the James Byrd Jr. Hate Crimes Act. The new law included sexual orientation as a protected class, but did not — and still does not — include gender identity.

As noted earlier, the 2003 landmark U.S. Supreme Court decision nullified any sodomy laws remaining in the U.S., including Texas’ sodomy law, with its decision in a case that originated in Houston, Lawrence v. Texas. Three years later in 2006, gubernatorial candidate Kinky Friedman publicly supported same-sex marriage rights, saying, “I support gay marriage. I believe they have a right to be as miserable as the rest of us.”
And the community’s political gains continued in 2009 when Annise Parker became the first openly lesbian candidate elected as mayor of Houston.

In 2009, six years before the U.S. Supreme Court’s ruling on marriage equality, a Texas district judge granted a divorce to men who had been married in Massachusetts, even though Texas law prohibited recognition of same-sex unions performed in other jurisdictions.

The community’s political strength increased in 2012 when the Texas Democratic Party became the first Southern party to support same-sex marriage as part of its platform. And of course the U.S. Supreme Court’s June 25, 2015, ruling in Obergefell v. Hodges, striking down all state bans on same-sex marriage, was one of the LGBTQ community’s big victories in history, as was the court’s June 2020 ruling in Bostick v. Clayton County, which outlawed anti-LGBTQ discrimination in employment.

Even with these historic victories, the fight for equality continues, as we see numerous efforts around the country, predominately in Republican-held states, to undermine and restrict the rights of the LGBTQ+ community.

It should come as no surprise that the Texas Legislature in 2021 introduced more than 20 anti-LGBTQ bills, more than any other state. These include Bill 29, which had it passed would have forced student athletes to play on sports teams based on their biological sex instead of their gender identity. House Bill 1399 would have banned doctors from providing gender-affirming health care to transgender children as would have Senate Bill 1311. Both of these bills, thankfully, also failed.

And then there was Senate Bill 1646, which would have made parents “child abusers” for consenting to gender-affirming care for their child and would have allowed CPS to remove those children from their parents’ custody. That, too, failed.

Now more than ever, we must be vigilant and continue our fight for equality, because the loss of our rights is always just one vote away. So, whether you are a member of the LGBTQ community or an ally of the community, you must take action and make your voice heard.