Let me call you Tweetheart 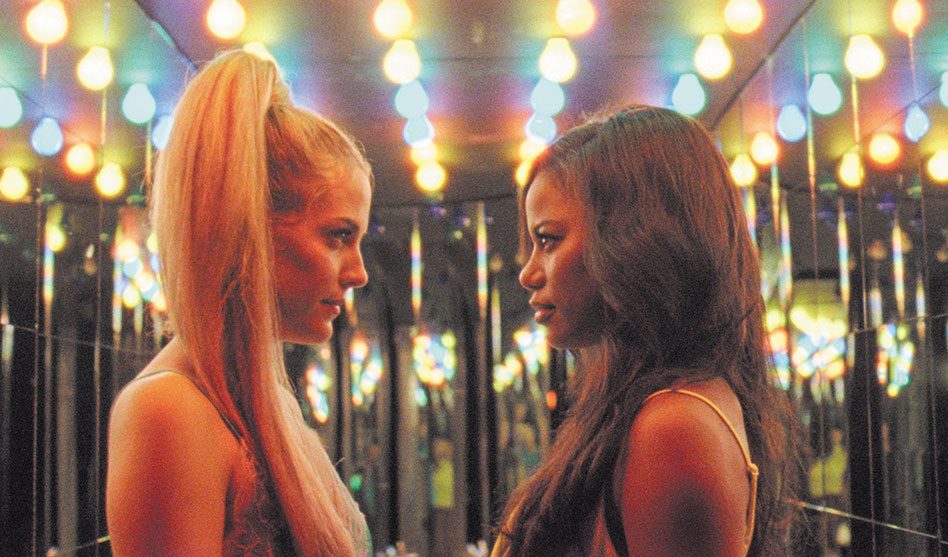 Bravo’s ‘Zola’ is original, fresh and sure to inspire imitation

Every few years, a movie comes along that completely flips the script, so to speak. Sean Baker’s 2015 masterpiece Tangerine, shot on an iPhone, is one example. Janicza Bravo’s Zola (A24) is another. Based on the tweets of Aziah “Zola” King and the article Zola Tells All: The Real Story Behind the Greatest Stripper Saga Ever Tweeted by David Kushner, Zola is original, immediate, fresh, futuristic and certain to inspire countless imitations.

Beginning with what may be the greatest opening lines ever — “You wanna hear a story about how me and this bitch fell out? It’s kind of long, but it’s full of suspense” — uttered by the titular character, played with guts and gusto by Taylour Paige, Zola unfurls over the course of nearly 150 tweets.

It all started when waitress Zola “met this white bitch at my job.” The white bitch in question is Stefani (Riley Keough, Elvis Presley’s granddaughter), who speaks with an affected street accent.

Stefani is pure shade and sleaze, the kind of person who compliments a waitress’ breasts because she sees the potential to make a profit from them. Stefani invites Zola to join her that night at the strip club where she dances to make some extra cash. Zola, who has a stripper pole in her living room, and is growing bored with fiancee Sean (Ari’el Stachel), takes Stefani up on her offer.

The next invitation from Stefani involves traveling 20 hours from home in a Mercedes G550, driven by X (Colman Domingo), to strip in Tampa. Also along for the ride is Stefani’s unbalanced boyfriend Derek (Nicholas Braun).

Zola soon realizes that nothing is as it seems. The motel they check into, supposedly until their hotel room is ready, is a cesspool.

At the “pasties and panties” strip club where they are to perform, Hollywood (trans actress Ts Madison) leads the girls in a hilarious pre-show prayer. Stefani takes a series of dressing room selfies with Zola, which prompts the retort, “from here on out, watch every move this bitch makes.” It’s as much a warning to the audience as a lesson learned by Zola, because, before long, everything is going to unravel.

Derek, left behind at the scuzzy motel and increasingly frustrated by his inability to reach Stefani by phone, buddies up with Dion (Jason Mitchell), not realizing that his new friend has designs on the girls. Meanwhile, utilizing Stefani’s selfies, X sets up Zola and Stefani on the Backpage app (for buying and selling sex). When Zola tries to leave, X’s other personality emerges, complete with a Caribbean accent and threats of violence.

Relocated to a much nicer hotel, Stefani and Zola will spend the next few hours under X’s watchful pimp eye. However, Zola makes it clear to Stefani, in her “this is messy, you are mess, your brain is broke” rant, that she’s not for sale. On the other hand, she does increase Stefani’s online rate from $150 to $500 a pop for 15 minutes.

But things are about to go from bad to worse, including a Facebook faux pas by Derek, a deadly hostage situation and an attempted suicide. Nevertheless, Bravo keeps things moving at a mostly breakneck pace and the laughs are plentiful, as is the aforementioned “suspense.”