Remember when Texas had a real governor? 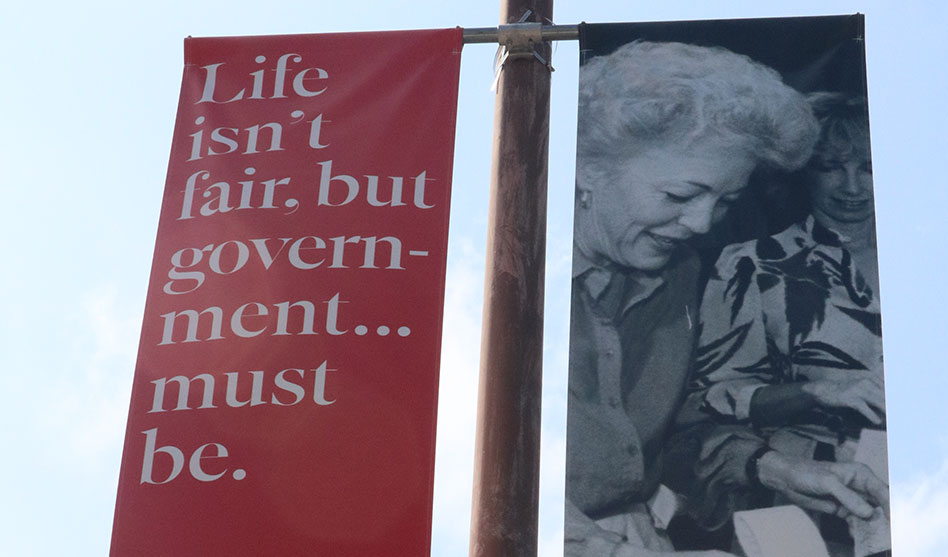 We remember 45 with fondness: Those memorable quotes. That biting sense of humor.

Yes, we miss Ann Richards, the 45th governor of the state of Texas.

Dallas and Austin are celebrating the 30th anniversary of the inauguration of Richards as governor of Texas with banners near Dallas City Hall and on Congress Street in Austin bearing her likeness and a variety of her quotes. 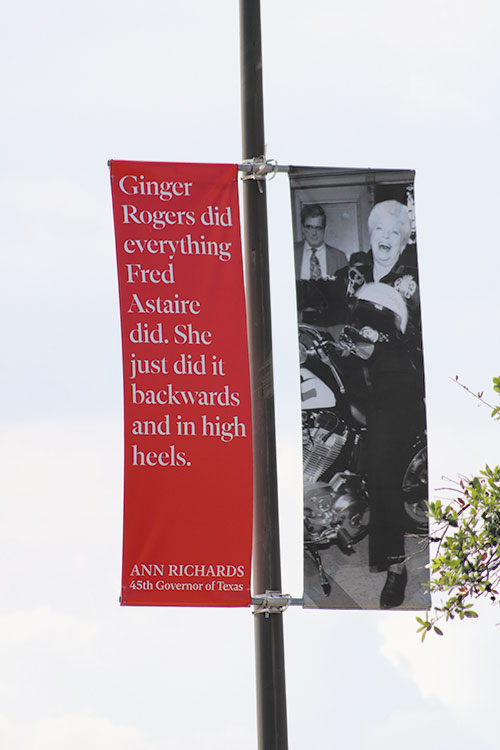 Missing from those quotes is the one that propelled her to national fame: “Poor George. He can’t help it. He was born with a silver foot in his mouth.”

“George” was gaff-prone then-Vice President George H.W. Bush and the quote is from Richards’ keynote speech to the 1988 Democratic National Convention. Of course,

Bush’s son went on to succeed Richards as governor and later became president.

And the purpose of the banner campaign to honor Richards isn’t to insult any current Dallas resident.

Sixty banners fly downtown. Among Richards quotes showcasing her wit are, “I get a lot of cracks about my hair, mostly from men who don’t have any,” and “You can put lipstick on a pig and call it Monique, but it is still a pig.”

But not all the quotes are meant to be funny. “Life isn’t fair. But government must be,” is among them.

In the LGBTQ community, Richards is remembered for appointing a record number of LGBTQ people to boards, agencies and commissions and as judges. 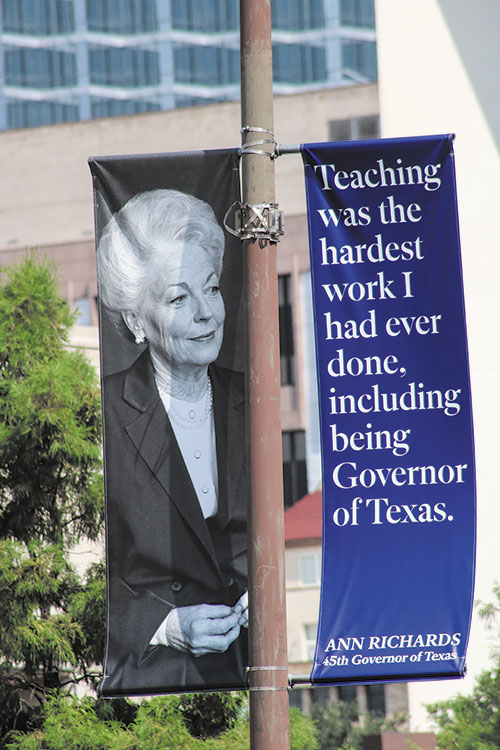 Richards was born in 1933 in Lacy Lakeview, north of Waco. She graduated from Baylor in 1954. She then earned a teaching certificate from the University of Texas and began a teaching career in Austin. She was married for 31 years and had four children, including Cecile Richards, who became CEO of Planned Parenthood.

Among the reasons for her defeat when she ran for re-election was a whisper campaign started by the Bush election committee that the reason for Richards’ divorce and the reason why she appointed so many gays and lesbians was that she was a lesbian herself.

After her term as governor, Richards twice served as keynote speaker at Dallas’ Black Tie Dinner, where she referred to the silent auction, which has raised millions, as “y’alls little garage sale.”

Her first appearance at Black Tie began with a five-minute standing ovation. When the crowd calmed down, Richards slyly looked over her glasses at her prepared remarks, then back out at the audience and said, “Oh, y’all are gonna love this one.” And she received another ovation. 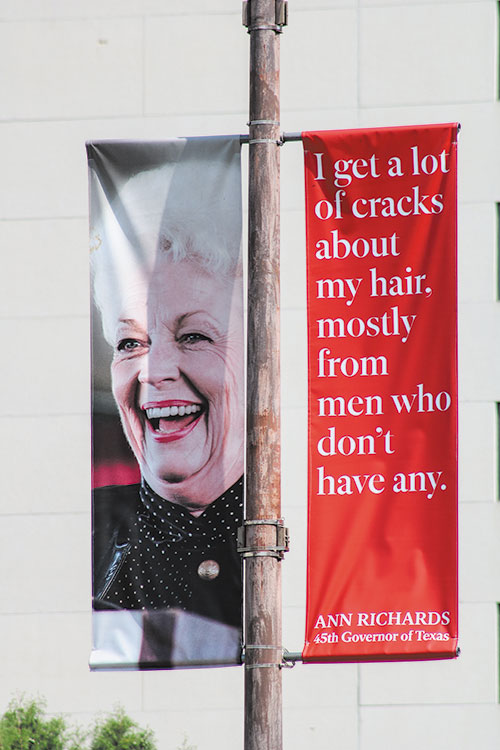 In 1997, Richards was the keynote speaker at the biennial meeting of the Union for Reform Judaism that took place at the Anatole Hotel in Dallas. At the time, she was serving as a board member of the Shimon Peres Center for Peace & Innovation. She spoke about LGBT equality, and, later that weekend, the organization overwhelmingly voted that Reform Synagogues would perform same-sex marriages.

Richards announced publicly in March 2006 that she has been diagnosed with esophageal cancer. She died about six months later, on Sept. 13, 2006, at her home in Austin.

The display of banners was put together by the Ann Richards Legacy Project, a new non-profit organization. Because of the pandemic, people who served in her administration were unable to get together to celebrate, so they put this memorial project together instead. 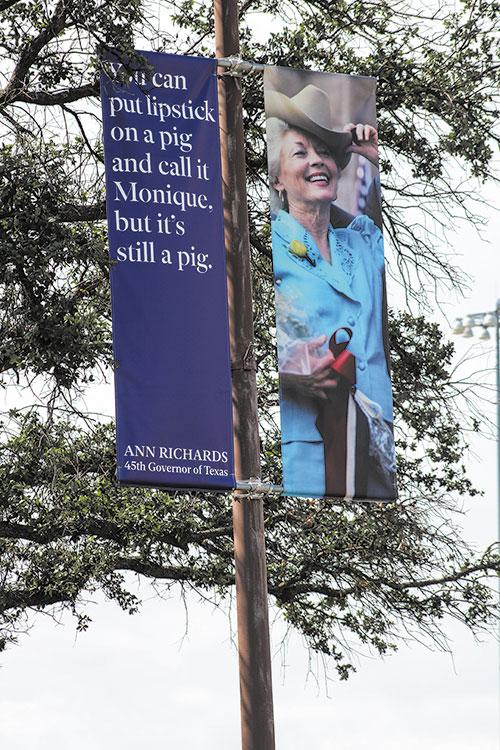 In Dallas, the banners hang on Akard and Young streets near Dallas City Hall and will fly through September. In Austin, they line Congress Avenue from the state Capitol to the Ann Richards Bridge and will remain up through the year. ARLP hopes to display the banners in downtown Houston this fall.