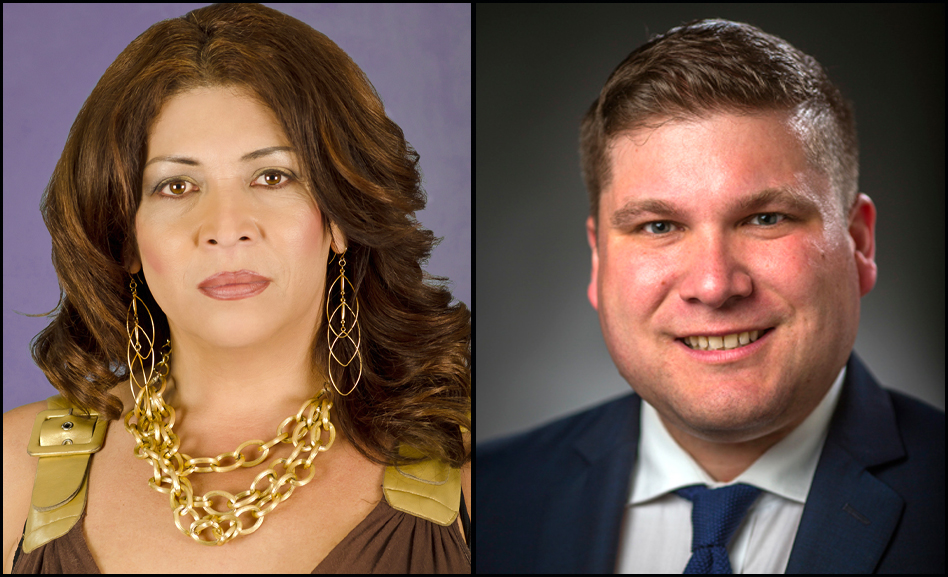 Boasberg’s ruling on the injunction puts “an immediate stop to key aspects of the U.S. Department of Health and Human Services’ health care discrimination rule which seeks to carve out LGBTQ people and other vulnerable populations from regulatory protections under the Affordable Care Act’s nondiscrimination provision known as Section 1557,” according to a press release from Lambda Legal.

More specifically, press releases explained, “the court enjoined the rule’s elimination of the definition of discrimination on the basis of sex and the rule’s incorporation of Title IX’s religious exemption. The court also held that the broad coalition of plaintiffs Lambda Legal represents has standing to challenge most aspects of the rule.

“Today’s order immediately blocks HHS from implementing two key parts of the health care discrimination rule that invited discrimination against LGBTQ people and providers to elevate their own religious beliefs above the needs of patients,” the written statement noted.

Boasberg ruled that denying the injunction “would impede the public interest by threatening the health of LGBTQ individuals at large, some of whom will likely develop increasingly acute conditions on account of their delaying necessary care or refraining from transparent communication with providers out of fear of discrimination.”

The ruling continued, “There is clearly a robust public interest in safeguarding prompt access to health care. The COVID-19 pandemic only reinforces the importance of that public interest and the concomitant need to ensure the availability and provision of care on a nondiscriminatory basis.”

Arianna Inurritegui-Lint, founder of Arianna’s Center and a member organization of the TransLatin@ Coalition, praised the injunction, saying, “Access to competent and respectful health care services is critical for all transgender people. As transgender women, as immigrants and people for whom English is not our first language, being able to see a doctor that treats us with respect is necessary for our survival.

“Today, I breathe a sigh of relief that the judge heard us and stopped dangerous aspects of this rule from going into effect,” Inurritegui-Lint. “Tomorrow, we continue to fight. Our communities face many challenges to accessing care; we don’t need more confusion.”

Lambda Legal senior attorney and health care strategist Omar Gonzalez-Pagan continued, “We are gratified that the court, in an extensive and detailed decision, put key aspects of the disastrous and discriminatory health care rule on hold while our challenge moves forward, particularly while in the midst of a pandemic.

“Health care is a human right. and the Affordable Care Act sought to expand access to health care for everyone regardless of their sex, LGBTQ identity or other characteristics,” Gonzalez-Pagan said, while noting that the Trump administration’s discriminatory rule is “just another example of its disdain for LGBTQ lives and the law.

“The rule is unlawful and endangers people’s lives, plain and simple,” he added. “A health care policy that is rooted in animus against LGBTQ people, particularly those who are most vulnerable among us like transgender people and those with limited English proficiency, cannot stand. We are gratified by this early victory and will continue to fight this rule until the end.”

Carl Charles, a Lambda Legal staff attorney, pledged that the team challenging the rulling will “continue to fight this administration’s attempts to limit LGBTQ people’s access to safe and affirming health care. Everyone, no matter who they are or who they love, deserves the security of knowing they can safely access care for any reason and will be treated with competence, dignity and respect.

“Transgender people especially need to know that no matter what, they have a right to receive health care and should not be turned away or treated differently because of who they are or the type of care they need,” he said. “If you or someone you know has experienced discrimination when seeking health care, please contact our Legal Help Desk; we want to know immediately.”

And Naseema Shafi, CEO of Whitman-Walker Health, praised Boasberg for having “seen the grave harm that HHS’s unlawful, poorly-reasoned rule would inflict on LGBTQ patients and health care providers like Whitman-Walker. The Affordable Care Act’s protections for LGBTQ people, and others who have faced discrimination in our nation’s health care systems, are essential for a healthier and stronger U.S.

“These protections are particularly vital as we battle the COVID-19 pandemic. Whitman-Walker stands firmly on its core values of making health care a dignifying and respectful experience for any individual from any walk of life regardless of race, sexual orientation, gender identity, country of origin or immigration status,” Shafi said.

Lambda Legal and Steptoe & Johnson LLP filed a lawsuit June 22 challenging the U.S. Department of Health and Human Services’ then-recently-published health care discrimination rule that purports to carve out LGBTQ people and other vulnerable populations from the protections of Section 1557 of the Affordable Care Act, which prohibits discrimination on the basis of sex, as well as race, color, national origin, age and disability.

On July 9, Lambda Legal and Steptoe & Johnson LLP filed a motion for preliminary injunction, asking the court to block implementation of the health care discrimination rule. The filing was supported by declarations from plaintiffs detailing the irreversible damage the rule would cause for LGBTQ patients.

The United States House of Representatives, as well as AARP and the AARP Foundation and SAGE filed friend-of-the-court briefs in support of Lambda Legal’s request, and the U.S. District Court for the District of Columbia heard oral arguments on Aug. 3.

Today’s ruling follows the injunction granted by a federal trial court in New York on Aug. 17 in a separate case, Walker v. Azar, that blocked HHS from rolling back the Obama-era regulatory definition of “on the basis of sex” under Section 1557 of the ACA, which categorizes sex stereotyping and gender identity discrimination as discrimination on basis of sex, and the Aug. 18 scheduled implementation of the discriminatory rule.

In 2016, the Obama administration finalized a rule implementing the nondiscrimination provisions of the Affordable Care Act—also known as Section 1557—that prohibit discrimination based on gender identity, transgender status, or sex stereotypes as forms of sex discrimination. In May 2019, however, the Trump administration announced a proposed rule change designed to roll back these protections, and notwithstanding that multiple federal courts — including most recently, the U.S. Supreme Court — have interpreted sex discrimination protections to protect LGBTQ people.

If you experience discrimination in a health care setting, contact Lambda Legal via the Health Care Tracker here.