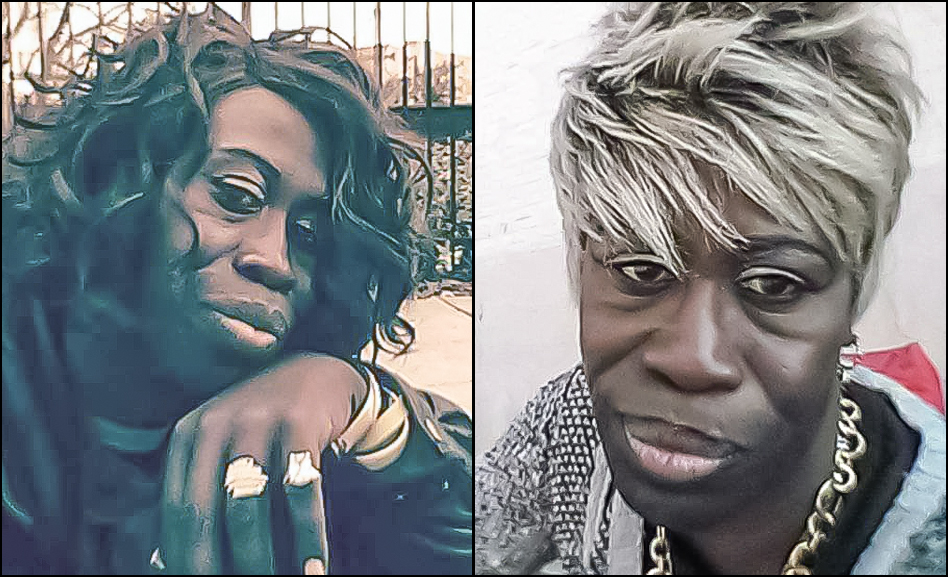 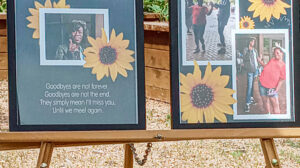 At the memorial service for CoCo Chanel Wortham

Rocke said that Wortham was “a giving and kind person who never said no to anyone,” and that she was a master cosmetologist. She was born March 31, 1977, and was preceded in death by her parents. She is much loved by her sister and her friends and will be dearly missed, Rocke said.

The memorial service was held Friday morning, Aug. 13, near the site were Wortham was murdered, near the homeless encampment in the 500 block of Park Avenue.

Dallas Police have yet to confirm Wortham’s identity, noting at the time of her death that the victim did not have “any official identification” with her, and that they were waiting for the Dallas County Medical Examiner’s Office to attempt to positively identify her through fingerprint analysis. Police later said the victim had been identified, but that they were waiting to release that information until next of kind could be notified.

According to the Dallas Police Department Blog, DPDBeat, police responded at 10:08 p.m. on Aug. 7 to a report that a transgender person had been shot at the Park Avenue homeless encampment downtown. Dallas Fire and Rescue responded also, transporting the victim to “a local hospital where the victim succumbed to their injuries.”

Police had little other information, saying only that a silver sedan was seeing fleeing the location, and went westbound on Marilla Street after the shooting. “The motive and circumstances surrounding this case are unclear at this time,” the blog noted.

Anyone with information that could help solve this case is asked to contact Detective Frank Serra, by phone at 214-671-4320 or by email at frank.serra@dallascityhall.com.  Refer to case number 141396-2021.

Black trans woman Aidelen Evans, 24, was found dead in Port Arthur, Texas, in March of this year. Although initially labeled only as “suspicious,” her death is now being investigated as a homicide.

Latinx trans woman Iris Santos, 22, was shot death on April 23 this year while sitting and eating a meal at a picnic table outside a fast-food on Westheimer Road, near Fondren Road.

Black trans woman Tiffany Thomas, 38, was found shot to death early Saturday morning, April 24, at a car wash at 7171 American Way, near Red Bird Mall in Dallas. Although Thomas was presenting as female at the time of her death and photos provided to police showed her presenting as female, family members told police Thomas did not identify as female.

Tiffany Thomas and CoCo Chanel Wortham are two of the at least five trans women — all women of color — since 2015 whose murders remain unsolved:

The body of Shade Schuler, 22, was found July 29, 2015, in an empty lot in the 5600 block of Riverside Drive. She was misgendered in initial police reports.

Family members reported Armani Morgan missing on June 22, 2017; a month later, on July 24, 2017, human remains were found near the 2900 block of Wilhurt Avenue and later positively identified as the remains of Armani Morgan. Morgan’s aunt has recently told Dallas Voice that shortly before disappearing, Morgan was brutally assaulted in the apartment where she lived, and that the apartment was located in the same apartment complex where, two years later, trans woman Muhlaysia Booker was viciously beaten by a group of men and bystanders watched and laughed.

Video of that attack went viral, making headlines around the country. A month later, Booker was also shot to death, her body found lying in an East Dallas street near the Tenison Park Golf Course. By mid-June, Kendrell Lyles had been arrested and charged in Booker’s murder, and he remains in the Dallas County Jail awaiting trial. Armani Morgan’s murder, however, remains unsolved, and her aunt told Dallas Voice that police have said they are no longer investigating her death.

Brittany White was found shot to death in her car in an apartment complex parking lot at 7100 Gayglen Drive in southeast Dallas.