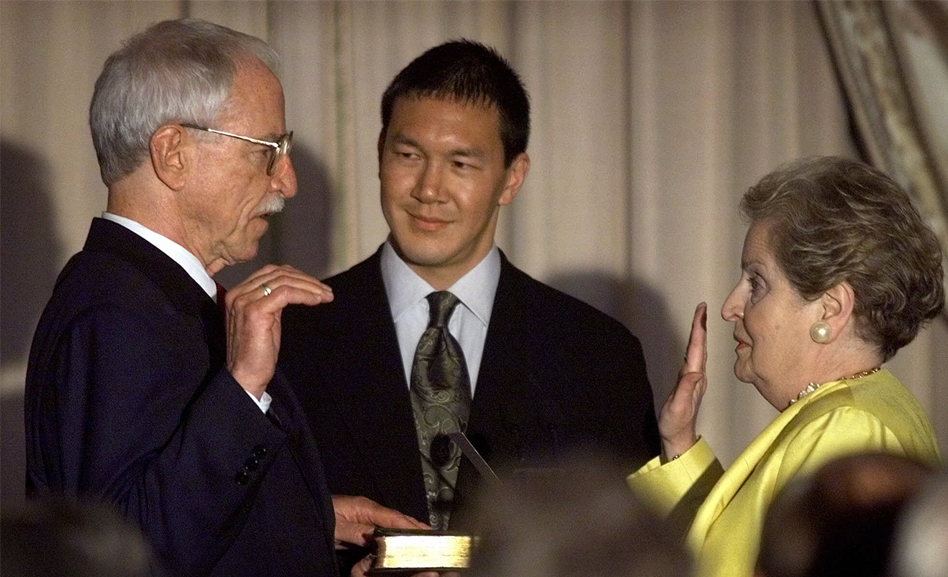 Philanthropist James C. Hormel, the first openly LGBTQ person to represent the United States as an ambassador, died today (Friday, Aug. 13) at the age of 88. According to the Bay Area Reporter, a San Francisco LGBTQ newspaper, Hormel died “with his husband at his side and his favorite Beethoven concerto playing.”

Hormel served as ambassador to Luxembourg from 1999 to 2001. Hormel told BAR in 2016 that the process of becoming an ambassador began for him during a 1992 dinner with Bob Farmer, campaign treasurer for then-President Bill Clinton. Hormel said he fought for the position because he believed his appointment could “break a ceiling and make it easier for gay people to serve at the highest levels of government.”
Clinton nominated Hormel as ambassador in 1997, but due to the efforts of anti-LGBTQ Christian evangelicals, Republicans in the U.S. Senate initially blocked Hormel’s nomination because he was gay. Clinton eventually put Hormel in the position in May of 1999 as a recess appointment. He was sworn in a month later.

Hormel was right in his belief: Since his appointment, there have been a number of gay men appointed as ambassadors, and in July this year, President Joe Biden nominated lesbian Chantale Wong to be the U.S. director to the Asian Development Bank, an ambassador-rank position, BAR notes.

President Bill Clinton and his wife, former Secretary of State Hillary Clinton issued a statement mourning Hormel’s death, noting that he had “devoted his life to advancing the rights and dignity of all people, and in his trailblazing service in the diplomatic corps, he represented the United States with honor and brought us closer to living out the meaning of a more perfect union.

“We will always be grateful for his courageous and principled example, as well as the kindness and support he gave us over so many years. Our thoughts are with his family and all who loved him,” the Clintons’ statement concluded.

Hormel was also a long-time board for People for the American Way, and PFAW President Ben Jealous and founder Normal Lear also released statements today mourning his death.

“Jim was a true hero, so full of courage, humor and generosity,” Jealous said. “As a longtime board member of People For the American Way, he understood that building power among young people was critical to the future of our democracy. Jim was a truly kind and lovely soul, and his loss will be felt deeply. Our hearts and prayers are with his husband Michael and their extended family.”

Lear added, “I loved Jim Hormel deeply. Through the years he was an incredible asset to People For the American Way, a provider of ideas and insights and deep understanding. He was also a fighter, passionate about so many issues we hold dear, from voting rights to free expression and the fight against censorship. I will miss him tremendously.”

Hormel, an heir to the Hormel meatpacking fortune, was born Jan. 1, 1933, and was married to Alice Turner before he came out as a gay man. They had five children before divorcing amicably in 1965. They remained close friends through the divorce and after he came out as gay in 1967.

In addition to his service as an ambassador for the U.S., Hormel alternate representative of the U.S. delegation to the 51st United Nations General Assembly in 1996, a member of the U.S. delegation to the 51st U.N. Human Rights Commission which met in Geneva in early 1995, and in 1995, and 1997, he served on the Western States Regional Selection Panel for the President’s Commission on White House Fellowships.

As a businessman, Hormel served as the chairman of Equidex Inc., a San Francisco-based firm that manages his and his family’s investments and philanthropic activities. He earned his bachelor’s degree in history from Swarthmore College and a law degree from the University of Chicago Law School. After law school, he served as dean of students and the director of admissions at the University of Chicago Law School.