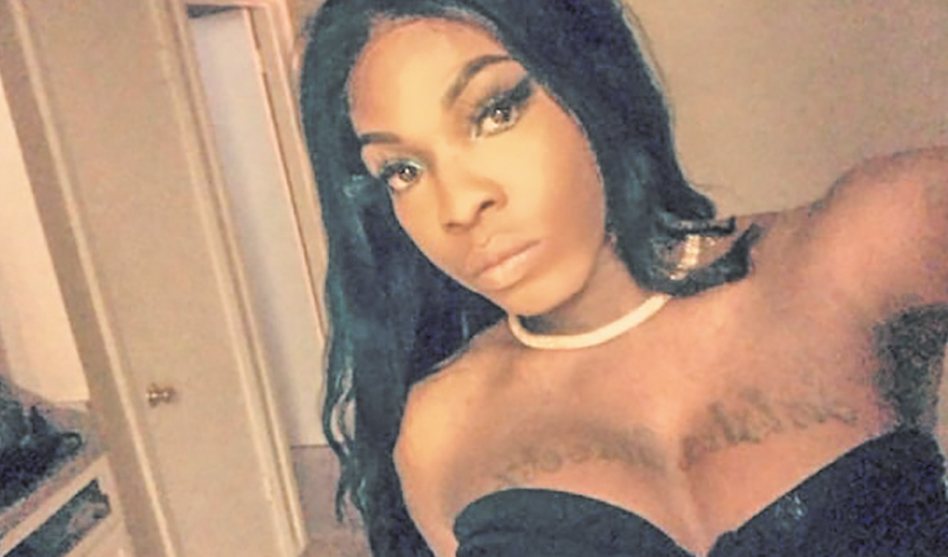 In a hearing held Thursday morning in the 195th District Court in Edward Thomas’ trial on charges of aggravated assault Judge Hector Garza ruled that the victim in the attack, transgender woman Muhlaysia Booker, will not be dead-named and referred to as a man in the indictment against Thomas.

The charges stem from an attack last April in the parking lot of the South Dallas apartment complex where Booker lived.

Booker was involved in a minor fender-bender accident in the parking lot, and the driver of the other vehicle refused to let Booker leave until she paid for any damages. A crowd soon gathered, and Thomas allegedly beat Booker so badly that she was left with a broken wrist and injuries to her face.

Video of the attack showing the gathering crowd laughing and jeering as Booker is beaten quickly went viral, helping focus national attention on the ever-growing threat of anti-transgender violence.

A month later, Booker was found shot to death, her body lying in the middle of an East Dallas street. Another man, Kendrell Lavar Lyles, has been arrested and charged with her murder.

Jayla Wilkerson, founder of Transgender Pride of Dallas and a former Dallas County prosecutor, attended the hearing Thursday. Of the ruling, she said, “I am relieved that the judge followed the law and is allowing the victim to be named as she was known to her community.”

Phillip Clark, the LGBT liaison in the Dallas County District Attorney’s Office, said prior to the hearing that the DA’s Office does not yet have a specific policy established on how transgender people — either as victims or defendants — should be referred to during legal proceedings, in regard to their names and gender identities.

“It comes down to respect,” Clark said via email. “There’s not a policy on being respectful, because we all should always be respectful to everyone, without a policy requiring it. But gender identity merits particular consideration, and our LGBTQ+ Task Force is looking into ways to respect a person’s self-identification or wishes without impacting the integrity of a given case.

“Whether this results in a policy or a training or both, I do not yet know. But we know there is a need, and we know that the answer is not self-evident to many people in our office, hence the work toward a policy and/or training,” he added.

Prior to the hearing, Wilkerson said that according to her understanding, the case against Thomas was originally indicted with Booker “identified by her previous name, or some portion thereof, rather than Muhlaysia. The prosecutors identified that error and filed an amended indictment to accurately identify the victim.”

But, Jayla Wilkerson said, Thomas’ defense attorney, Andrew Wilkerson, objected to the correction of Booker’s name. He has, Jayla Wilkerson said, “made a habit of using this case as an outlet for his own anti-transgender bias and hatred,” and has “engaged in misgendering and dead-naming the victim in social media posts and elsewhere from early into his involvement with the case.”

She added, “is just another attempt to disrespect, demean, and dehumanize a beautiful transgender woman of color who was later murdered on the streets of Dallas. The attitude and statements espoused by Andrew, and others like him, further embolden and perpetuate the hatred and violence faced by our family, and they cannot be tolerated.”

From a legal standpoint, Jayla Wilkerson said, “the name of the victim is not even required for a proper indictment,” and some cases are filed naming “unknown victim(s)” when a victim’s identity cannot be determined.

The defense attorney’s opposition to using Booker’s proper name and gender identity in the indictment was “essentially asking the court to dead-name Muhlaysia” in an effort to “shift the narrative away from what actually happened” and present it instead as “a fight between two guys,” suggested Cece Cox, chief executive officer for Resource Center.

“Dead-naming is just one more way in which transgender people are made invisible and are minimized,” Cox continued.

“This is not the direction we want to go in as a society. Instead, we should be respecting people’s identities and we should be educating people about these issues so that we can get rid of the hate” that is at the root of anti-transgender violence.