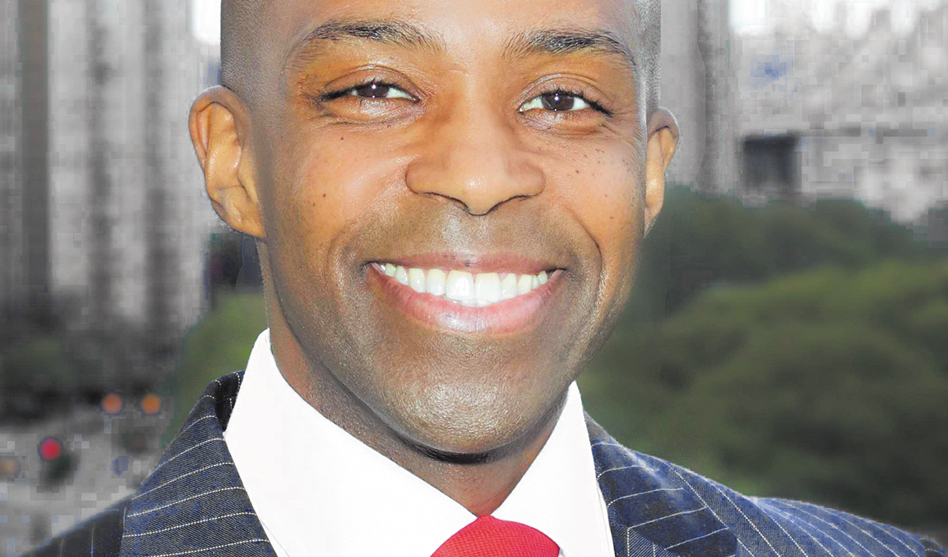 Alphonso David, the new president of the Human Rights Campaign, visited two LGBTQ health clinics in two North Texas counties on Sunday, Aug. 18. That same day, he also met with transgender activists to talk about the recent spate of violence against transgender individuals, and he announced HRC’s first Texas endorsements of the 2020 election cycle.

That was all before 3 p.m., and only his second week leading the nation’s largest LGBTQ organization.

David has bounced back and forth between the public and private sectors, working as a staff attorney at Lambda Legal, in multiple roles for New York’s Democratic Gov. Andrew Cuomo, including as chief counsel, and in private practice. 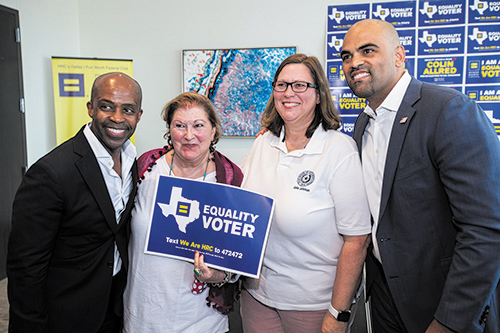 David says civil rights law is his passion, and he has a winning record, battling discrimination against same-sex couples and people living with HIV, and writing New York’s law legalizing same-sex marriage.

“I’ve been in the courtroom fighting for LGBTQ rights,” David said during his North Texas visit. “This organization has done some litigation as well, but has been focused on legislation and electing people to office, and it has done a really tremendous job in doing that.

My task moving forward is to build on that foundation, expand the scope of the organization and really think about how we can represent all interests of the LGBTQ community,” he said of HRC.

What’s happening in Dallas, David said, “is a microcosm of what I’ve seen in other parts of the country. People of color in most cases don’t feel that their interests are being represented.” And he said, young men who have or are at risk of contracting HIV are not aware of the disease’s impact, despite recent research breakthrough.”

“One thing that impressed me was his desire to listen to local concerns more than try to inject a national perspective,” said DeeJay Johannessen, the executive director of Health Learning and Education Project, one of the two clinics David visited. “We look forward to working with the entire HRC team and welcome Alphonso to the cause.”

David’s meeting with transgender activists to talk about violence against transgender individuals –– and especially black trans women –– was private. Eleven transgender women –– all black –– have been murdered this year. Among them were Dallas’ Muhlaysia Booker, 23, who was shot to death May 18, about a month after video of her being beaten by several men in the parking lot at her apartment complex as onlookers laughed and jeered, and Chynal Lindsey, 26, whose body was found floating in White Rock Lake on June 1. Arrests have been made in both cases.

“[We are] going to be advancing additional programmatic initiatives that speak to marginalized communities within the LGBTQ community,” David said in an interview with Dallas Voice. “But I have to say the organization has been doing that for some time. Part of the challenge is communicating that effectively to communities that are affected.”

David’s vision is one of the reasons the search committee selected him to succeed Chad Griffin, who expanded the organization’s reach and doubled its membership.

“When the search committee met Alphonso, we knew he was someone special. We were all immediately struck by Alphonso’s passion, dedication and his impressive history of being a force for progress,” said HRC Board of Directors Chairman-elect Morgan Cox, who co-chaired the committee. “And, we were inspired by his personal story, that he had left a war-torn country as a young boy, moving to the United States as an immigrant and a former refugee.”

David is no stranger to either strife or privilege. He was born in the United States but raised in Monrovia, Liberia. His uncle, William Tolbert, was that country’s 20th president. After more than a decade in office, Tolbert was overthrown and killed as part of a military coup. David’s father was jailed but eventually spared by the new government.

The family moved back to the United States, settling in Baltimore. That’s when David first got a real sense of being the “other.” He was black, an African and an immigrant, and, he said, “I became the object of laughter and ridicule.”

He was also gay. “It took me years to get to the point I could look myself in a mirror and see a friend,” David said.

He studied law at Temple University in Philadelphia, clerked for a federal judge, was an adjunct professor and worked at private firm. Then in 2004, he joined Lambda Legal as a staff attorney, taking on LGBTQ and HIV/AIDS cases at the peak of the culture wars, with Republicans passing referendums banning same-sex marriages, and the legal community divided about taking the bans to court.

David gained a reputation as a fierce civil rights attorney, taking on adoption, HIV discrimination and other cases. Then he got a call enough he got a call from the government.

“One of his commissioners recruited me to work at the division of human rights. They indicated that they were looking for someone and had heard about me, and I thought, ‘Well, that’s cool,’” David said.

But still, he was hesitant — not because he feared Spitzer, a Democrat, would lead a military coup, but because the public sector was just not his wheelhouse.

Still, he took the gig anyway, and took his advocacy to the courtroom, eventually running the civil rights bureau for Cuomo, who was then attorney general.

“I thought that’s it,” he said when Cuomo was elected governor in 2010. “I’m done with government. I’ll go back to the not-for-profit sector, the private sector.”

But Cuomo was not done with David. If David joined the administration, Cuomo told him, he would get his own role as the deputy secretary for civil rights, the first position of its kind in New York government.

David was pivotal in developing civil rights policies, including some of the most expansive protections in the country. New York State was leading on the to-do list of LGBTQ advocates: the state had banned so-called “conversion therapy” in minors, expanded Medicaid coverage to cover transition-related care, simplified the process of changing gender markers on birth certificates and expanded access to people living with HIV.

But now David was really, really done with government.

But Cuomo was still not done with David. “He said, ‘I want you to become my chief counsel. And I became the first openly-gay counsel in the history of New York,” David explained.

But the opportunity to lead HRC was too good to pass up.

“These were among the cities that connected Alphonso’s and HRC’s priorities as he steps into this new role, “cities where pro-equality candidates are running for office; places where there is a large HRC presence; communities where there has been a history (or in Dallas’ case, a recent history) of anti-transgender violence,” according to HRC Deputy Communications Director Nick Morrow.