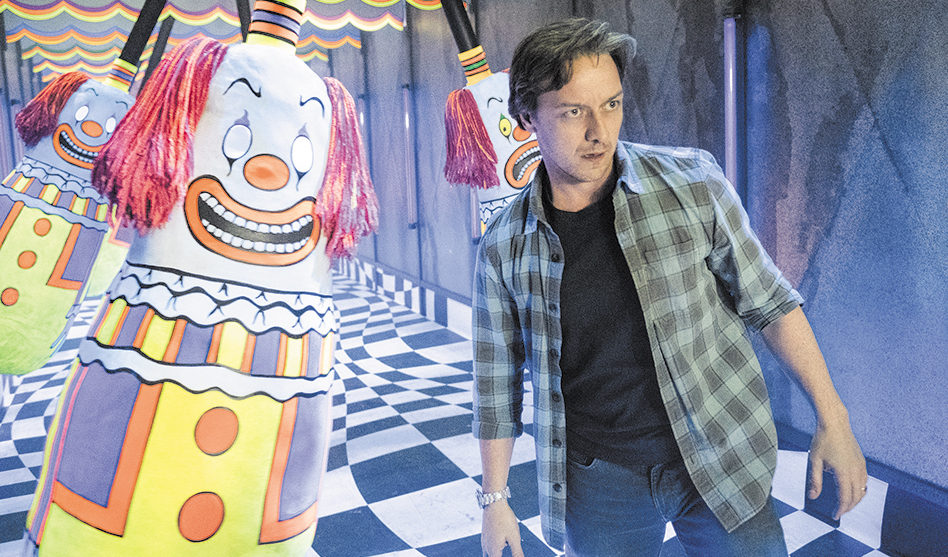 Shocking and creepy, Pennywise is at It again

When last we met those seven scrappy tweens from Derry, Maine, they were breathing heavy sighs of relief, having just — they hoped — killed the malevolent entity Pennywise, which they called merely “It.” They concluded by pledging to each other that should It ever return, they would reassemble to fight the child-murdering once again.

For audiences, only two years have passed since It became a sensation; for the characters, 27 years. And they are about to encounter even stranger things, because Pennywise has come home.

Because the original was such a smash, a follow-up was preordained, but also necessary. It Chapter Two completes the plot of Stephen King’s massive 1986 novel, a tale made all the creepier by its generations scope. And the sequel doesn’t disappoint. Director Andy Muschietti isn’t afraid to manipulate his audience with shopworn but cliches (ominous, or misleadingly soothing, music queues; grisly sound effects; jump scares when It is actually behind you!) but what he lacks in originality he more than makes up for in bravado: This It is damn-near operatic, clocking in at just shy of three hours. It balances flashbacks and creations from the kids in 1989, seamlessly interlinking them with clever editing, while deepening our understanding of the characters as adults. (Among the older cast, Jessica Chastain as the abused Bev, James McAvoy as stuttering Bill and Bill Hader as wisecracking Richie as the biggest stars.) The script breaks the plot into a manageable three act structure: gathering to form an insane-clown-killing posse; confronting individual demons on their own; and finally resolving to attack or die trying. (Seven kids survived last time; fewer adults emerge now.)

It Chapter Two is not, ultimately, a great movie. While it keeps a stranglehold around your throat almost constantly, there’s very little residual discomfort. You walk out of the theater jauntily and unafraid what you’ll see around a corner. It doesn’t burrow into your psyche the way, say, Hereditary did. Then again, it’s pretty much just what its audience wants: A slow dive down a scary rabbit hole, and we return unscathed, breathless and full of popcorn.